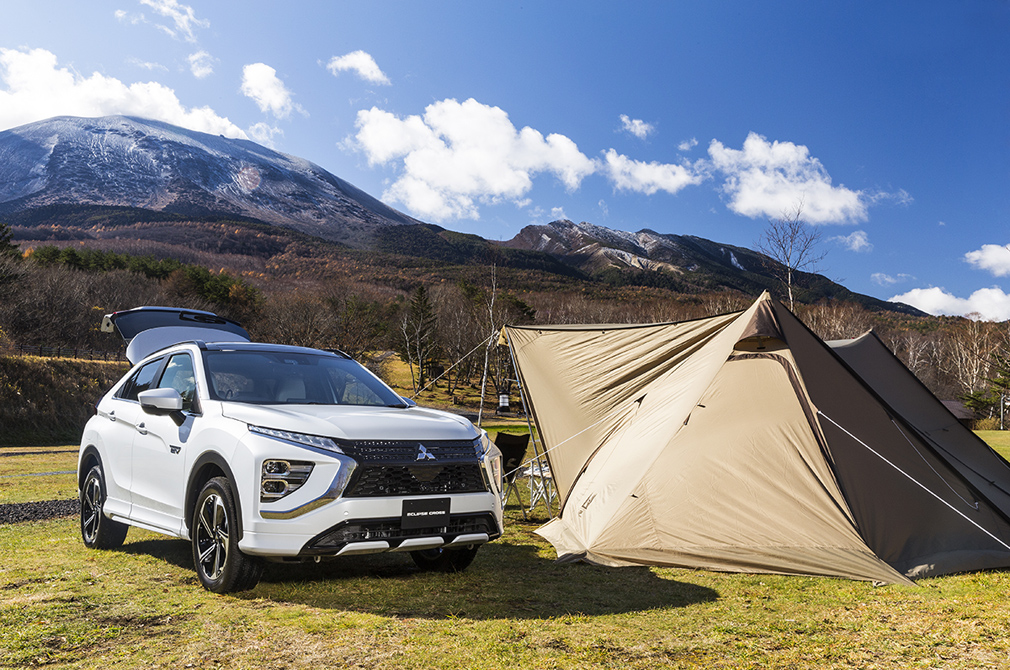 The updated Mitsubishi Eclipse Cross has been launched in Japan alongside a new plug-in hybrid variant.

The front features an evolved version of Mitsubishi’s Dynamic Shield, with the skid plates at the bottom of both bumpers, giving the car a more “off-roader” feel.

Meanwhile, the double rear windshield from the previous Mitsubishi Eclipse Cross is now replaced by a more conventional single windshield for a sleeker styling and better outward visibility. 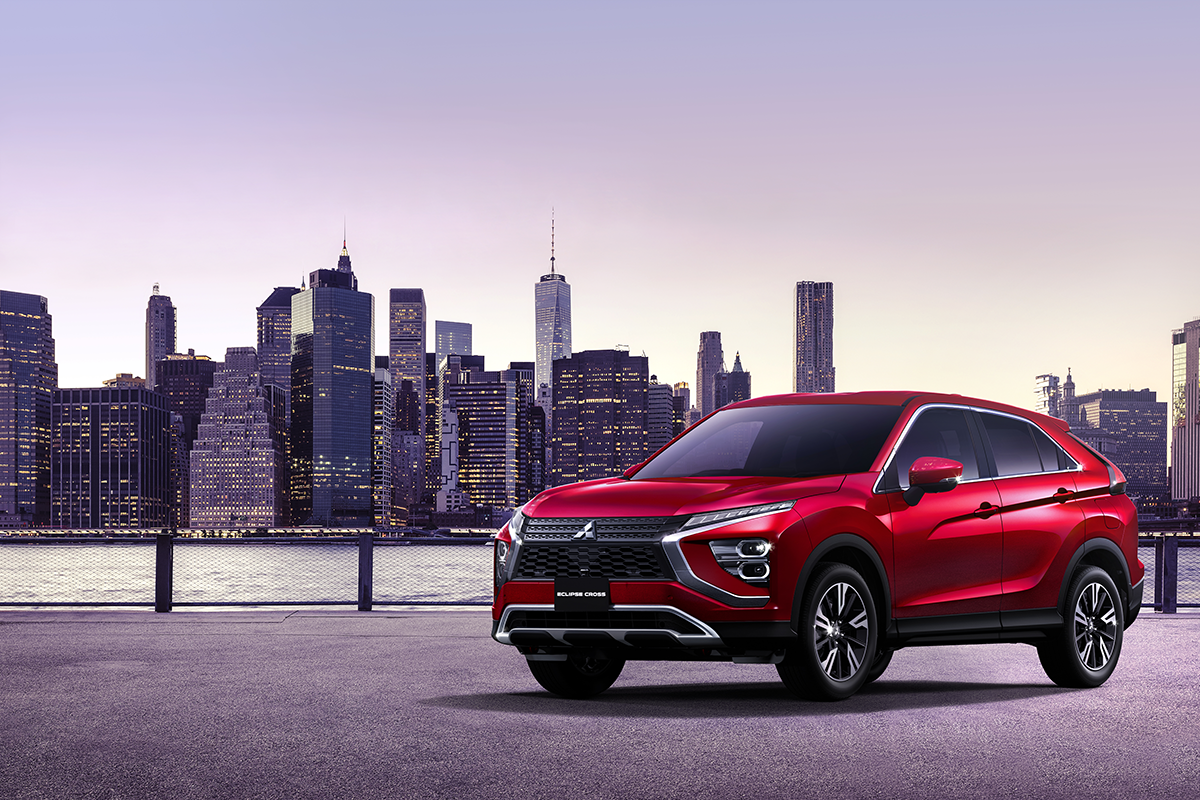 The model’s three-dimensional tail-lights are also now placed at a higher position for increased visibility to other road users.

Inside, high-end trim levels have a new black interior, with seats upholstered in embossed suede-based materials and synthetic leather. The leather seats are now available in light grey in addition to the conventional black. Luggage capacity with the seats up is 405 litres.

The Mitsubishi Eclipse Cross plug-in hybrid utilises a modified drivetrain from the Outlander PHEV. It is comprised of an electric motor at the front and rear, and a 2.4-litre MIVEC engine.

The electric motors are powered by a 13.8kWh battery, which Mitsubishi claims gives the plug-in hybrid an all-electric range of 57.3km. 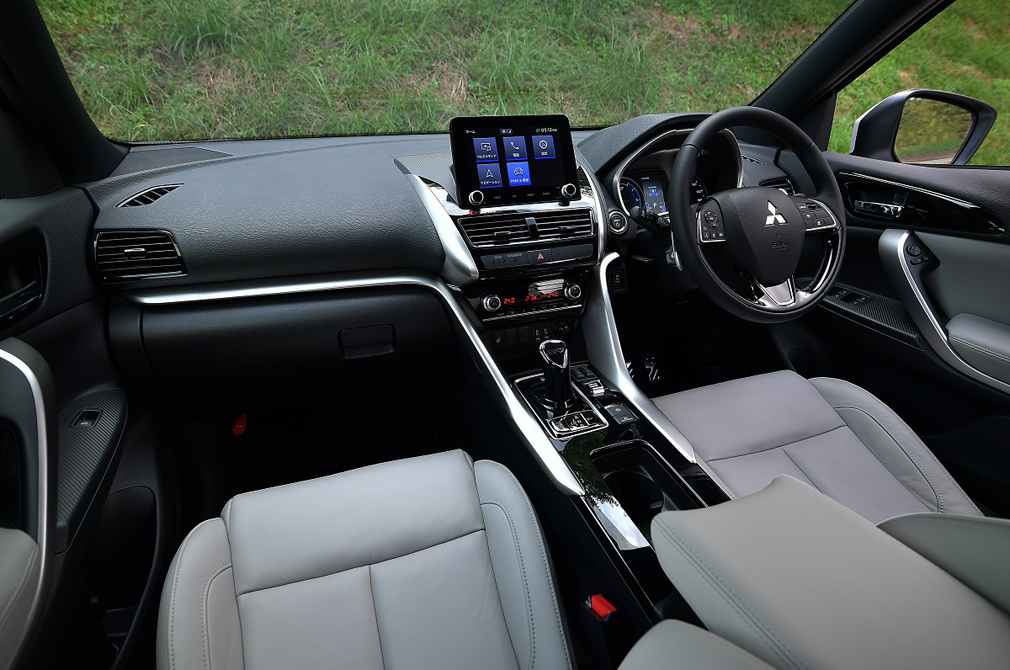 The front-rear weight distribution has also been optimised, and the centre of gravity lowered by positioning the drive battery under the centre of the floor.

Petrol-powered models of the Eclipse Cross are equipped with an S-AWC system integrated with Active Yaw Control to adjust braking force between the front left and right wheels for sharper cornering.

A turbocharged 148bhp 1.5-litre engine mated to a CVT has been confirmed for the Australian market.

A 100V AC on-board outlet with a maximum 1500W output can supply power to electronics and appliances for outdoor leisure and serve as a source of electricity in an emergency.

An adapter will allow the Mitsubishi Eclipse Cross plug-in hybrid to supply up to 10 days of power to a general household when fully charged and fuelled. 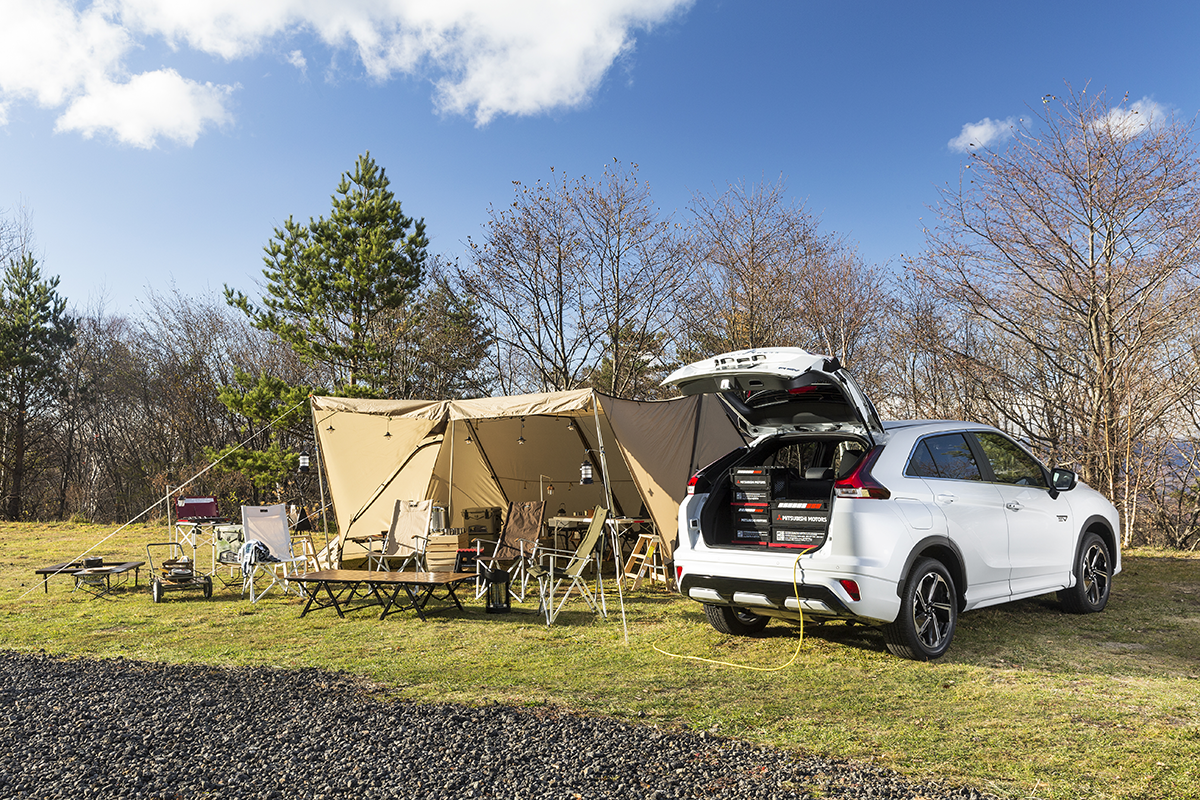 By connecting the charging port to an adapter, the Eclipse Cross plug-in hybrid can serve as an electrical power supply.

The Eclipse Cross will also come with a specially designed Mitsubishi Power Sound System, featuring eight speakers acoustically tuned and positioned specifically for the shape of the vehicle.

Glass fibre cloth with aluminum vapour cone speakers and carbon cone mid-range tweeters in front, with coaxial two-way speakers on the rear doors are aligned with the tweeters to deliver smooth and fluid sound quality. 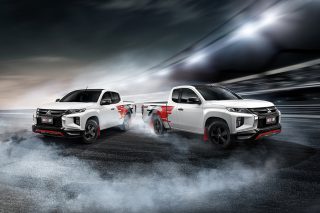