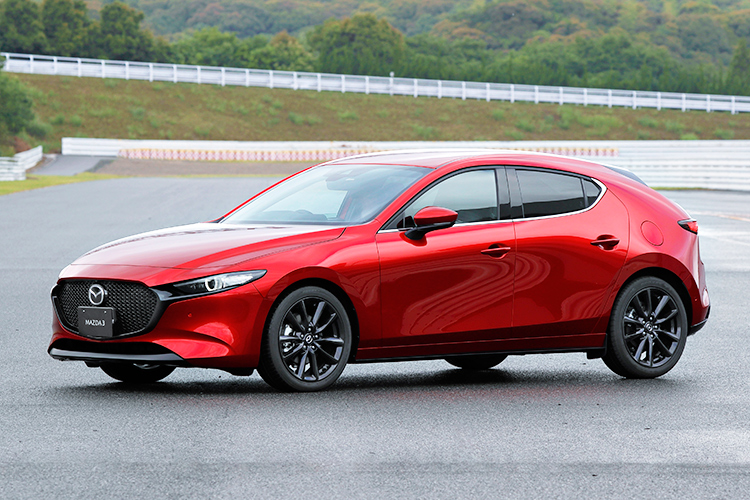 Japanese tidying expert Marie Kondo, I suspect, had a hand in designing the fourth-generation Mazda 3.

So obsessively clean and minimalist is the styling, inside and out, that some fanatical decluttering has obviously taken place.

In fact, as the car’s chief designer Yasutake Tsuchida told us at the South-east Asian preview here last week, “beauty through subtraction” was the watchword.

Instead of attention-seeking adornments such as spoilers, dramatic body creases, mock diffusers and fake air intakes, visual interest is achieved by the use of body sculpting and surfacing to create light, shadow and reflection.

And the new Mazda 3 does look very good – especially in hatchback form where the tapering roofline combines with the rising shoulder line and fat C-pillar to highlight the car’s muscular rear haunches.

The sedan is handsome too, if more conventional-looking. 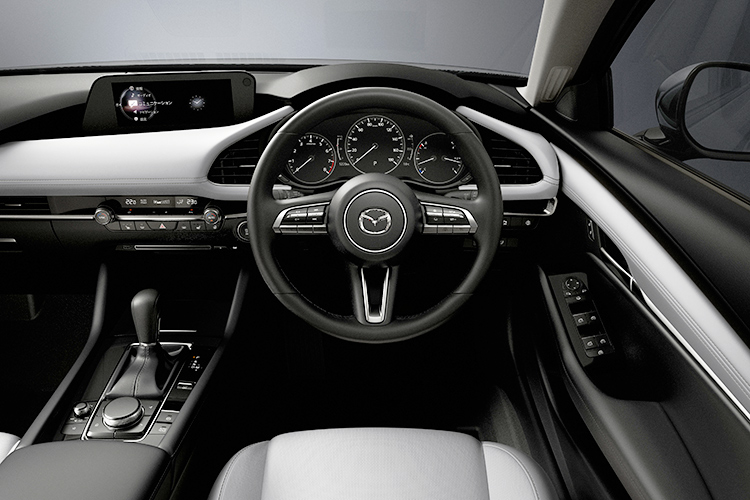 Both share the same squinty-eyed Mazda family face, with minor differences distinguishing the sportier hatch from its more formal sibling.

At 4.46m, the new Mazda 3 hatchback is practically the same length as its predecessor, but the sedan has grown by 80mm to 4.66m – almost as long as a Mercedes-Benz C-Class.

However, and unusually, the new car is less roomy than its predecessor. Still, the ambience inside has taken a massive leap forward, with less visual clutter for a calmer, more restful cabin.

Ergonomically, the car is optimised to minimise effort. In Mazda’s words, this means making the act of driving feel as natural as walking.

There are other improvements – the centre console box, for example.

With cup holders moved ahead of the gear lever, the compartment has now doubled in size and can swallow an iPad Mini, with the console lid forming a long, wide armrest. 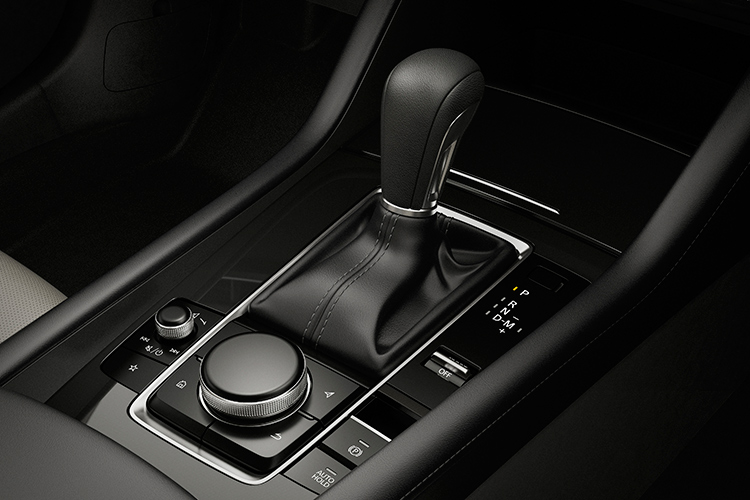 To avoid the need for an awkward elbow twist to open the large cover, the lid is designed to slide backwards before lifting, so that it travels through a much smaller arc.

The new Mazda 3’s seats have been designed to keep the pelvis upright and maintain the natural S-curve of the spine in order to ideally position the occupants’ centre of gravity.

Even the colour and direction throw of the cabin lighting have been optimised for the most soothing effect.

All switches and controls – be they buttons, rotary dials or rocker switches – have also been engineered for an optimal degree of “clickability”.

Cushioned surfaces – such as the front centre armrest and interior door panels – have literally had their “softness” levels measured and optimised.

Mazda reckons that for maximum tactile pleasure, a fingertip force of 6 newtons should depress a surface by 3mm, no more and no less.

The upshot of this obssessive attention to detail is a cabin with the look and feel, if not the space, of a luxury sedan.

Big steps have also been taken to reduce noise, vibration and harshness.

New “damping nodes” – essentially small epoxy resin blocks – have been sandwiched between metal body panels to quell acoustic resonance, cabin glass is thicker all round, extra insulation material and seals have been added strategically, and the number and size of holes stamped in the panels have been reduced to a minimum, to cut noise transmission. 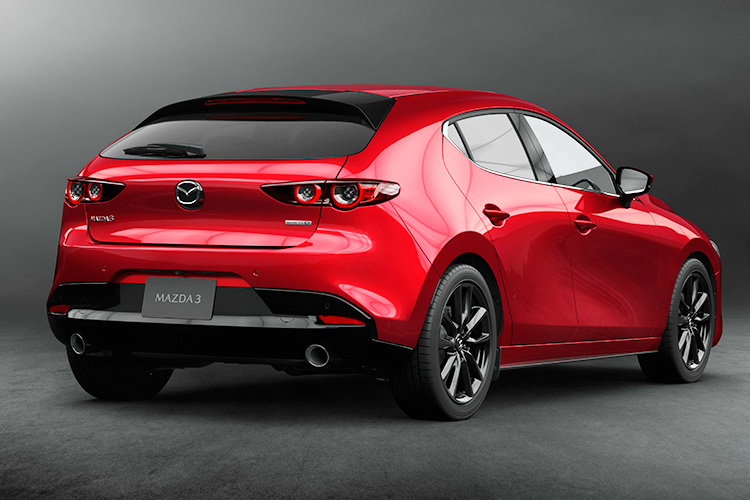 And the effect is palpable. We had a few, pace-controlled laps at Mazda’s Mine proving ground in Yamaguchi prefecture.

Driven back-to-back with its predecessor, it was immediately clear the new Mazda 3 was much quieter in every way.

The steering was meatier and sharper, and the car reacted more progressively to bumps and undulations and generally felt calmer, more supple, yet more composed.

Unlike the 2-litre cars we drove at Mine, the Mazda 3 model for Singapore is likely to be a 1.5-litre Skyactiv-G version. The naturally aspirated engine – largely a carry-over from the old model – will be paired with a 6-speed autobox, and will come with mild hybrid technology. 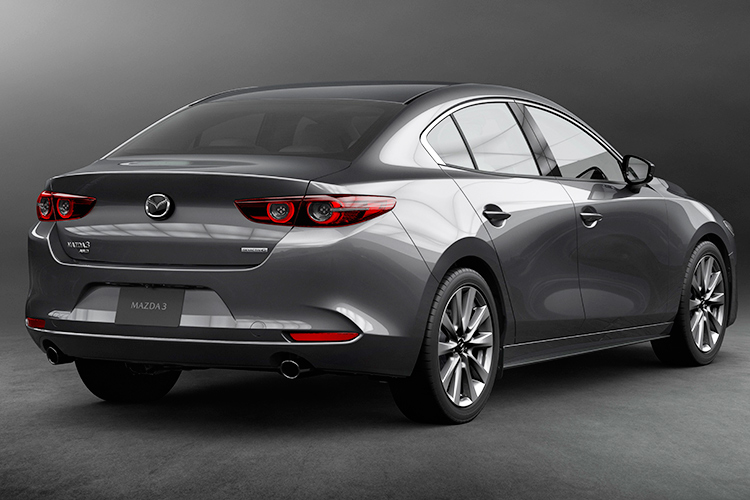 In Japan, this version delivers 110bhp and 146Nm of torque. So, expect similar numbers here.

Detailed driving impressions will have to wait.

But what I can confidently report is that the new Mazda 3 hatchback feels like it can handle more power. A version with, say, 250bhp would make a great hot hatch.

Now, that would really spark joy.