The Pirelli Calendar is an automotive and cultural icon | Torque
Loading posts...
0

The business of selling tyres will never be as glamorous as the business of selling cars. Automobiles have fine lines, shiny metal and that familiar “new car” scent, but when it comes to tyres, one tends to think of just black rubber. Tyres are important because they’re the only point of contact between the vehicle and the road, but they’re ultimately unexciting.

Italian tyre manufacturer Pirelli began giving its products a sexier image when its UK subsidiary published the first Pirelli Calendar in 1964. Instead of showcasing sports cars fitted with Pirellis, the calendar was filled with attractive female models photographed on a beach in Mallorca, Spain. The photos were shot by Robert Freeman, best known for his portraits of The Beatles.

Successive calendars followed the same formula of having beautiful women photographed in equally alluring settings. The Bahamas, Morocco and Seychelles were just some of the exotic places featured.

By the late 1960s, the Pirelli Calendar’s artistic vibe was replaced by a risque one. Models who were usually clothed (albeit in bikinis) were now appearing partially naked. Even their poses had become more suggestive – the 1969 edition, for instance, had a close-up shot of a model licking a Popsicle.

The real shocker, however, came after the oil crisis in 1973. Citing budget constraints amid rising oil prices, Pirelli announced that it would stop publishing the calendar after 1974. This would prove to be inaccurate, because the company’s next calendar was released a mere 10 years later in 1984.

The “re-launched” calendar proved to be hotter than the previous editions in more ways than one, as nude images became the norm. But the biggest change was the “upgrade” to famous supermodels, such as Iman and Naomi Campbell. By 2006, the glossy pages of the Pirelli Calendar had been graced by the likes of Sienna Miller, Milla Jovovich and Monica Bellucci.

The “Cal” continued to evolve. The 2013 edition, for example, not only had fully clothed models, it was also the first to feature a pregnant woman, Adriana Lima. For the latest 2014 edition, there’ll be special, never-published-before photos that Helmut Newton originally shot for the 1986 calendar (he couldn’t complete that project in time due to personal problems).

Whatever the edition, the Pirelli Calendar remains exclusive, with highly elusive copies that never end up on greasy workshop walls alongside girlie posters. The “Cal” is never sold officially – it is given to select corporate customers, celebrities and opinion leaders. 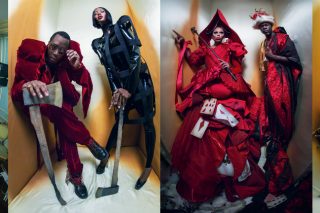 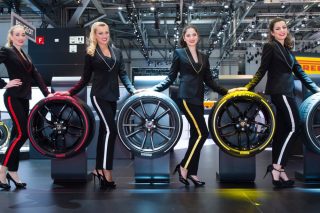 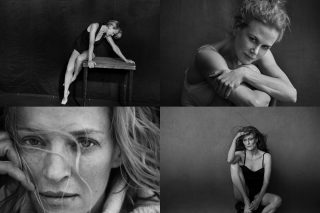