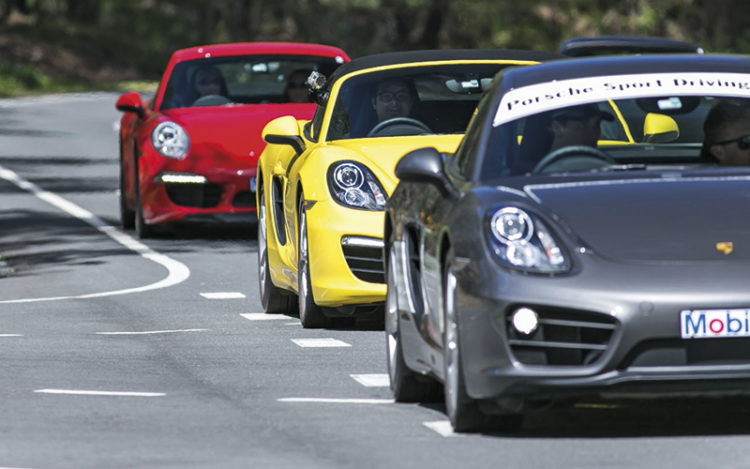 Petrolheads who yearn to become more proficient drivers need two things: experience and a desire to learn (having natural talent helps, too, of course). While the latter quality is usually present in keen drivers, the former takes years to acquire, obviously.

But for the willing-to-learn enthusiasts wanting to improve their driving skills within a day or two, one of the best options is to attend the Porsche Sport Driving School (PSDS) in Australia. 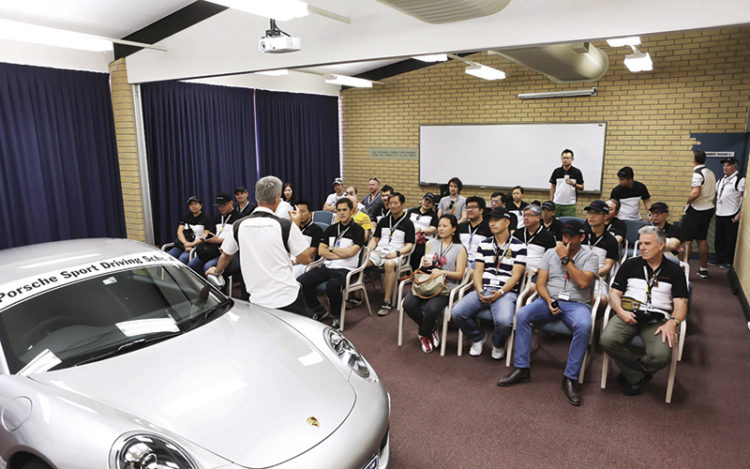 Porsche Sport Driving School’s Tomas Mezera (standing with his back to the camera) briefs the eager “pilots”.

Located in Mount Cotton, Queensland, the PSDS “campus” spans 18ha and is comprised of several specially outfitted “classrooms”, each dedicated to honing a particular skill. The skid pan, for instance, is a wet circuit designed to teach participants how to “correct” a vehicle when it goes into a slide, and the off-road courses allow students to practise conquering rough and hilly terrain.

The school, which is also open to non-Porsche owners, is offered in five levels of ascending difficulty (Precision, Precision Plus, Performance, Master, and GT3 Cup), which must be completed in sequence. This means participants aren’t allowed to just sign up for a course they like without completing the one prior to it. 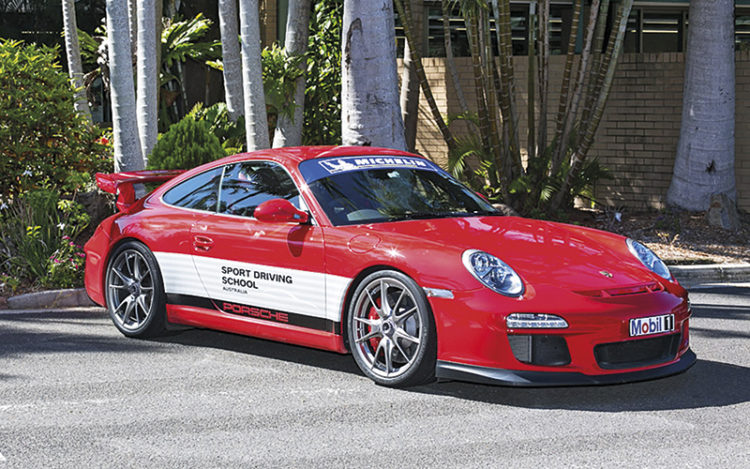 If you see yourself as a “road pilot”, the PSDS is the perfect thing to make you feel like you’re in Top Gun, except that instead of piloting fighter jets, you “fly” around in various Porsche models.

As first-time participants, we started with the two-day Precision course. But before we were even allowed to get rolling, an instructor taught us the proper way to sit in the driver’s seat and the correct method of holding a steering wheel, with your hands at the nine and three o’clock positions.

“Driving with your hands in the 12 o’clock position is asking for trouble because if the airbag deploys, you’ll break your own nose,” went our instructor. 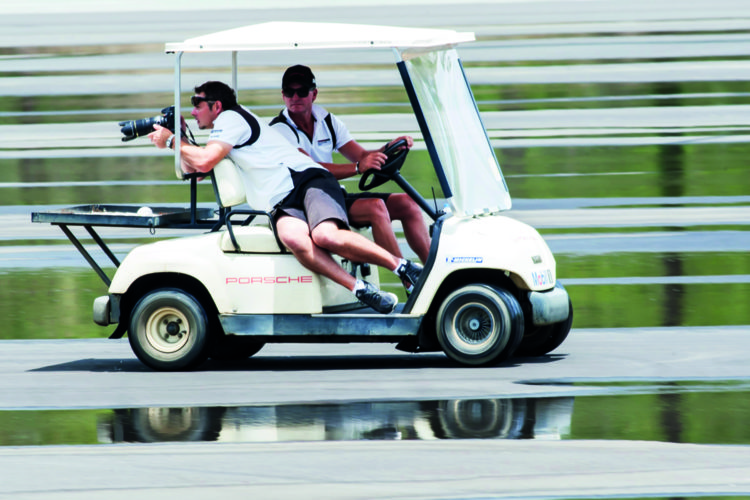 Even the golf carts at the Porsche Sport Driving School have to be fast for the photographer to keep up with the participants!

With the basics out of the way, the course began in earnest with a braking exercise on a wet track, where we were taught to brake hard while steering in order to not hit an imaginary obstacle.

The purpose of this was to help us avoid the mistake of releasing the brake pedal when you feel it pulsing due to the anti-lock braking system. This exercise also proved that braking distances increase by at least 1.5 times when the roads are wet, a useful first-hand reminder to drive with more care during thunderstorms. 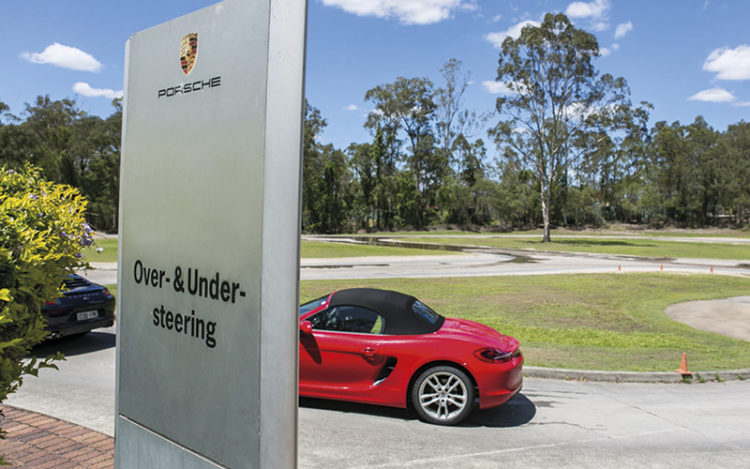 Following this, we each drove a practice lap in a 911 Carrera Cabriolet and a Boxster around a specially prepared gymkhana course marked out with cones. This was our chance to learn the course’s layout, for us participants would be competing against one another in a little friendly competition (a timed run around the gymkhana course) later that day.

The next part of the course really got our hearts racing. The Road Tour, as it’s called, had us driving four cars (the 911 Carrera S, Cayman, Boxster and 911 Turbo) around a section of the Mount Cotton racetrack.