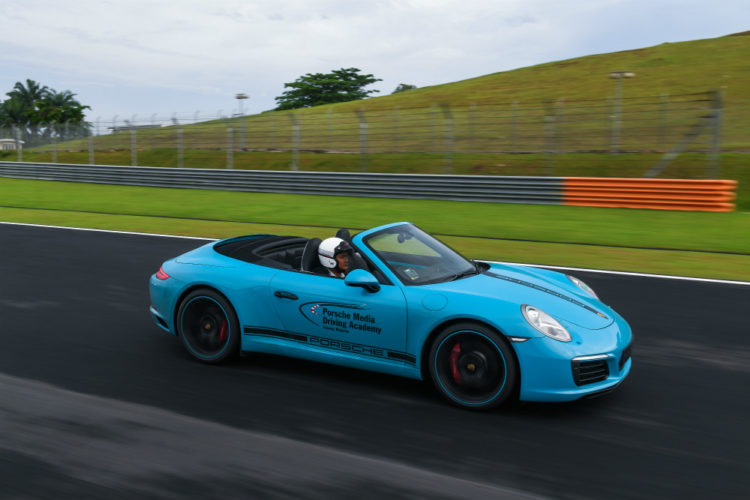 Having turned half a century old this year, a career change for me is as likely as finding my wife in the kitchen.

So I did not think I would be replacing Porsche Works driver Earl Anderson Bamber any time soon when I signed up for the Porsche Media Driving Academy this year.

I had to promise my editor that I would attend the next two levels in the next two years if he let me go for the first-level “Individual” class held last week.

I agreed and registered myself online for the event. Indicating my helmet and shoe size got me excited. “Surely it means I get to take home the Porsche Motorsport helmet and Porsche racing boots,” I thought.

A quick search on Porsche Singapore’s website under Porsche Driver’s Selection confirmed there were two Porsche helmet designs – open and full face (either would do, thank you very much) and three models of driving shoes (any would do). 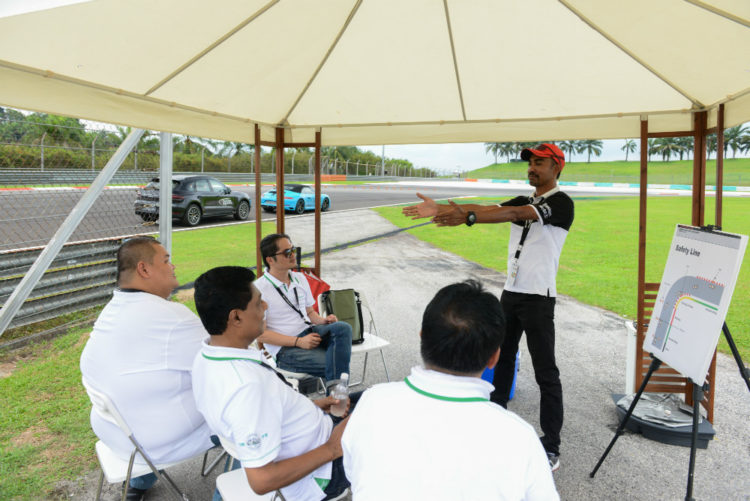 For the Porsche T-shirt, I ticked “M” and, for helmet size, I confidently chose “L” (I have more than 10 helmets for my motorcycles). I do have a big head on a smallish body balanced by a pot belly.

And so the day arrived when I packed my bag to leave for Changi Airport. I chucked my orange Puma Sparco driving shoes into the luggage just in case I did not get any Porsche driving shoes. I also took along a helmet bag to carry the complimentary Porsche helmet if there was no bag provided.

At the curiously named SamaSama Hotel, near the Kuala Lumpur International Airport, where we were to stay for the night, I received my goodie bag, which was too small to contain a helmet or shoes.

“Ah, we will get them tomorrow at the track,” I consoled myself. The white Porsche T-shirt in the bag with a retro 1973 Porsche RS 2.7 cloth badge and embroidery was attractive. It was a good thing I chose a medium size, as it fitted me perfectly when I sucked in my tummy.

Early next morning, we were whisked to the Sepang track. The first order of the day was my second breakfast and more coffee. Then it was an introduction to the dynamics of front engine, mid-engine and rear engine layouts. This was simply and brilliantly demonstrated with a pole and a 5-litre plastic bottle at each end filled with water. 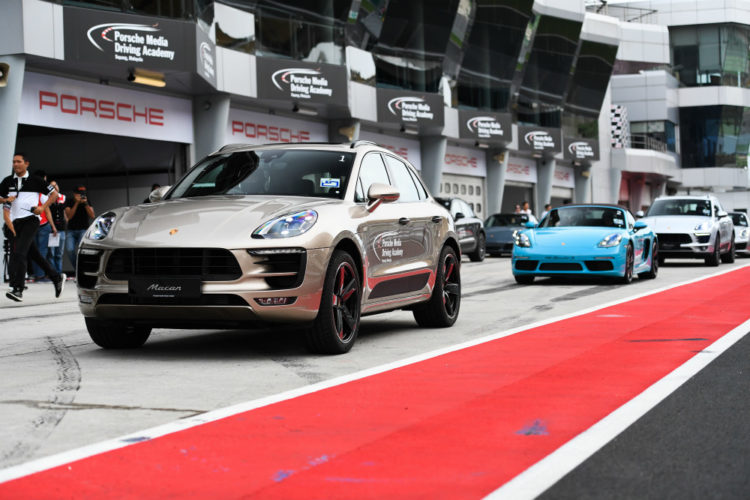 For front engine effect, the front container had more water. For mid-engine, both were equal and for rear engine, yes, there was more water in the rear bottle. Grasping the pole at the middle and running slalom clearly demonstrated the balance and poise of the mid-engine set-up. Incidentally, Porsche is the only manufacturer that has all three configurations in its line-up.

After a safety briefing, we were unleashed on the track, but it looked like there were no driving shoes for me to take home. However, the white open-face Porsche Motorsports helmets in the cubby holes at the reception area kept me buoyant.

First off was learning the safety line, which involved accelerating, braking, turning, aiming for the apex and steering before accelerating again. This was done in the 911 Carrera S Cabriolet and the Macan S.

Then we moved on to sudden lane change, so as not to panic in the real world should a Pokemon hunter dash across your path. 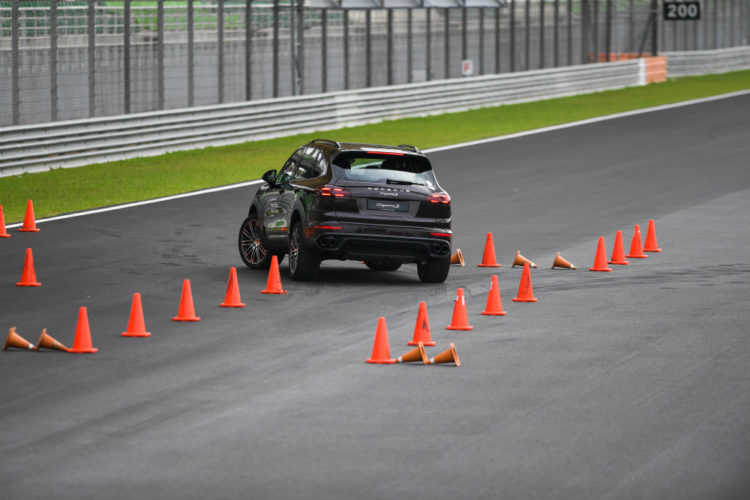 The third lesson was to feel the effects of ABS braking, followed by the most fun aspect of the driving clinic – the slalom in a 718 Boxster S.

The final exercise was convoy driving around the circuit led by an instructor.

For that, we were finally given our helmets and balaclavas (which, thankfully, smelled freshly washed).

However, the large-sized helmet would not fit my head. Maybe the balaclava was too thick. I asked for an “XL”, but it pressed against my temples. There was, of course, no “XXL” and, alas, no helmet to take home.

I think I was fastest in the slalom, but I was sent to the airport to catch my flight before the prize-giving ceremony. I am still waiting for the call from Porsche Asia Pacific. 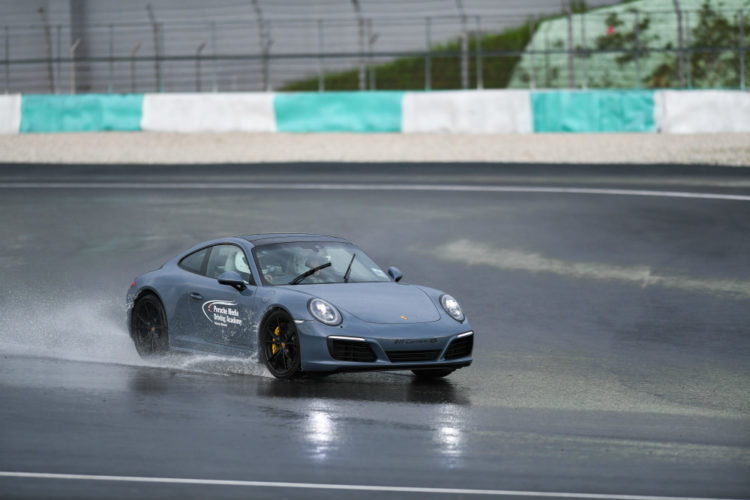