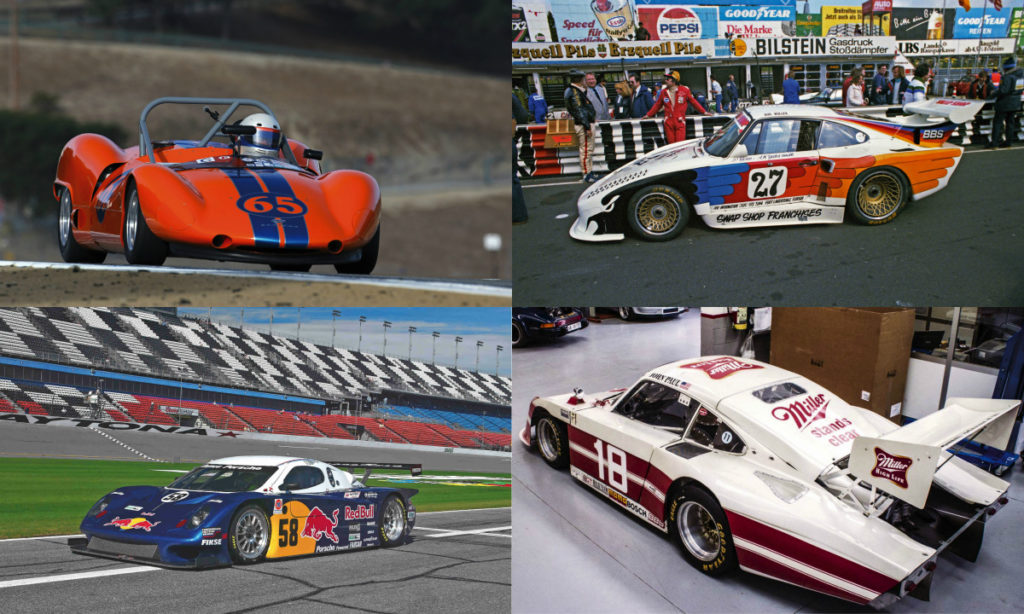 Powered by Porsche – the Alternative Race Cars is a thorough and fascinating account of the racing cars that were powered by Porsche engines, but where the development of the car and chassis was carried out by others.

The Porsche company in Zuffenhausen, Germany, can be said to be the most successful marque ever for victories in the motor racing scene. Likewise, many firsts in innovation have come with the name Porsche attached.

Many major racing car producers such as Elva, Lotus, Lola and March, as well as many smaller independents, at some time featured a Porsche engine in their chassis. Demand for the services and supply of cars, chassis and parts from Porsche often outstripped the company’s ability to deliver during the late ’70s to early ’80s.

With many new projects in the rapidly expanding Porsche organisation, race car projects had to be prioritised. This would lead to the creation of the replicas, as opposed to the factory-built works race cars, and even Porsche was building “replica” 935s to supply to clients, continuing into the 962 era. In turn, a whole new, highly specialised, high-quality industry grew up to meet the demand for Porsche-powered racers.

In this fascinating book, we meet the racing cars, the teams and the people who turned to Porsche to utilise the power from, perhaps, the greatest of all engine makers.

This is thought to be the first book on the subject, covering the entire history of Porsche engines, detailed engine specifications, non-Porsche chassis, and race details, as well as team histories with anecdotes from drivers. It is illustrated with many previously unpublished photos, and provides fascinating reading for all racing fans, as well as Porsche enthusiasts.