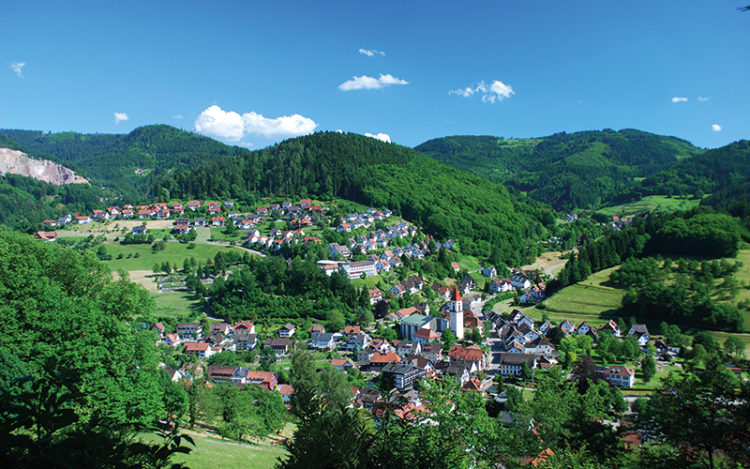 One of the many small hamlets in the Black Forest.

LEG 1 – THE UK TO THE NURBURGRING
Getting my Clio RS 200 ready for its big trip was like preparing a child for his PSLE. It was the biggest test that the car would ever take – it had done mostly short trips across the UK and was used sparingly, mainly to pick up groceries and to go to school. For my grand grad trip, the Clio would be covering the same distance in a span of three weeks what it had done in almost a year. After giving it a full service, pumping up the tyres and buying extra bottles of engine oil, I headed for the Eurotunnel with Dad in tow.

It wasn’t the first time I’ve crossed the Eurotunnel, but it always intrigued me how close the UK actually is to France, although it felt much further psychologically. The actual journey across the English Channel took only 20 minutes, with the rest of the time spent waiting. Reaching the shores of sleepy northern France, we went on a quick autoroute blast towards Germany, wasting no time. Roadworks, however, hampered our progress.

Imagine our relief, then, when we found ourselves on the doorsteps of Germany. With the “Welcome to Deutschland” sign within sight, we were eager to cross the border, only to be stopped by the German police!

Now, if you haven’t driven between countries in Europe before, the borders are in effect only “on paper” – you can drive between them seamlessly and there is seldom a checkpoint. What we encountered was a roadblock, an intentional check on inbound traffic to Germany. With our French car, registered in the UK to a Singaporean driver, we were (understandably) scrutinised more closely by the police. Thankfully, we were on our way again after our documents were verified.

And what a road it was – right after the roadblock was the derestricted autobahn as far as my eyes could see. This part of the superhighway network was deserted, presumably because there was not much traffic entering from Belgium.

With sparse traffic, well-sighted tarmac and the law on our side, I hit an indicated 230km/h for some moments with the Clio until my need for speed was satiated. Lawfully, of course. After a few days doing touristy things in quaint German towns, we found ourselves heading further south to the Nürburgring…