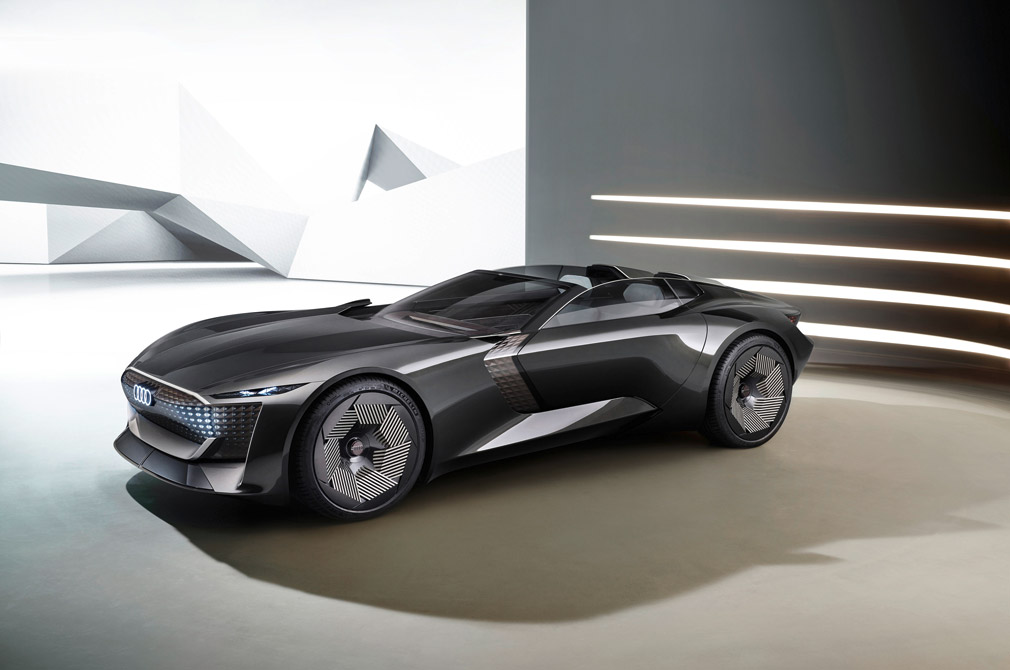 As the world moves forward along the twin tracks of environmental stewardship and climate sustainability, the motoring world is likewise facing seismic change.

Cars have morphed from simply being transporters into vehicles of change, opening up new paradigms in motoring and mobility.

As the future coalesces into one which is increasingly becoming electric and autonomous, how can the automobile participate in this landscape? Will the next generation of cars be ready for the future?

To grow and sustain the next era of carbon-neutral and sustainable mobility, Audi has declared it will embrace fully-electric motoring in just twelve years.

That definitive declaration – to occur in just over a decade from now –puts Audi decisively at the forefront of the climate conversation, and at the vanguard of renewable motoring.

“We are more than ready.”

To shape the conversation, the car must be the topic. And what better way to stand out than to present a design that could be the blueprint for the future?

As the industry’s style-setter, Audi is no stranger to producing cars on whose shapes your eyes and mind linger on long after they have purred past you.

However, design cannot exist for itself, or it will not stand the test of time. Neither form nor function should be subordinate to each other, but must rather inform each other to produce a shape that has no wasted intent. 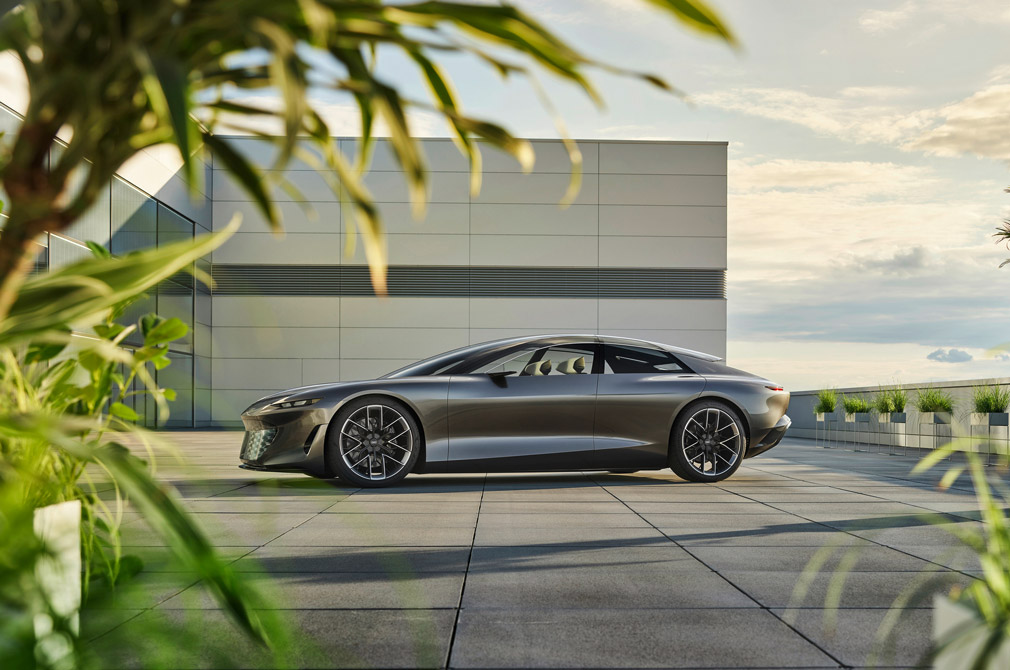 But before anything else, a car’s design must draw attention. A mere glimpse should cause heads to turn and feet to take steps back.

As Audi pushes the boundaries of what is technologically possible today – and tomorrow – the design paradigm of the car has also been rethought.

Bruce Wayne’s Batman could easily be seen in one of these.

Mysterious, and with classic long-bonnet-and-short-tail roadster dimensions, the skysphere takes the recipe for sporty driving and updates it for the electric age of motoring.

Its lines echo the stunning Horch 853 Roadster, a 1930s convertible whose legendary design not only defined modern luxury in the past but also in the future – it won the 2009 Concours d’Elegance in Pebble Beach. 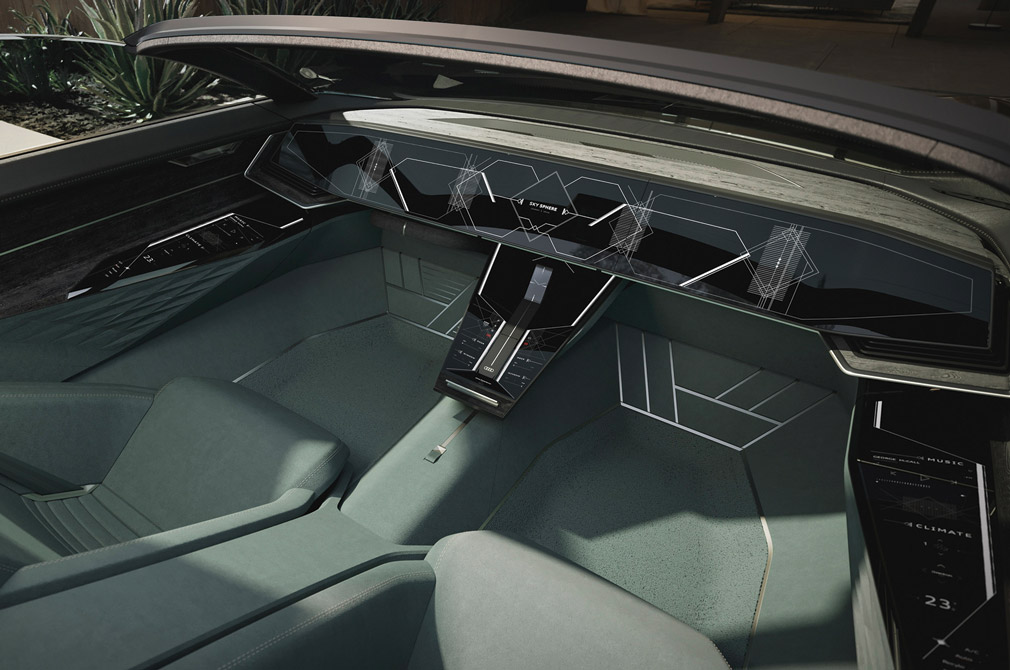 The skysphere’s cockpit features large touch monitor surfaces to operate the vehicle and its infotainment systems.

But there’s an amazing twist. Like a scene out of a Batman film, the skysphere can transform at a touch of a button.

Drivers can take the wheel themselves in “Sports” mode with the shorter 4.94-metre wheelbase, or relax as a passenger by activating “Grand Touring” mode, which lengthens the wheelbase to 5.19 metres.

Future Audi models may also be able to physically transform themselves to adapt to the driver. Imagine an SUV shortening its wheelbase and lowering itself to make it nimbler in built-up areas. After the skysphere, it’s entirely possible. 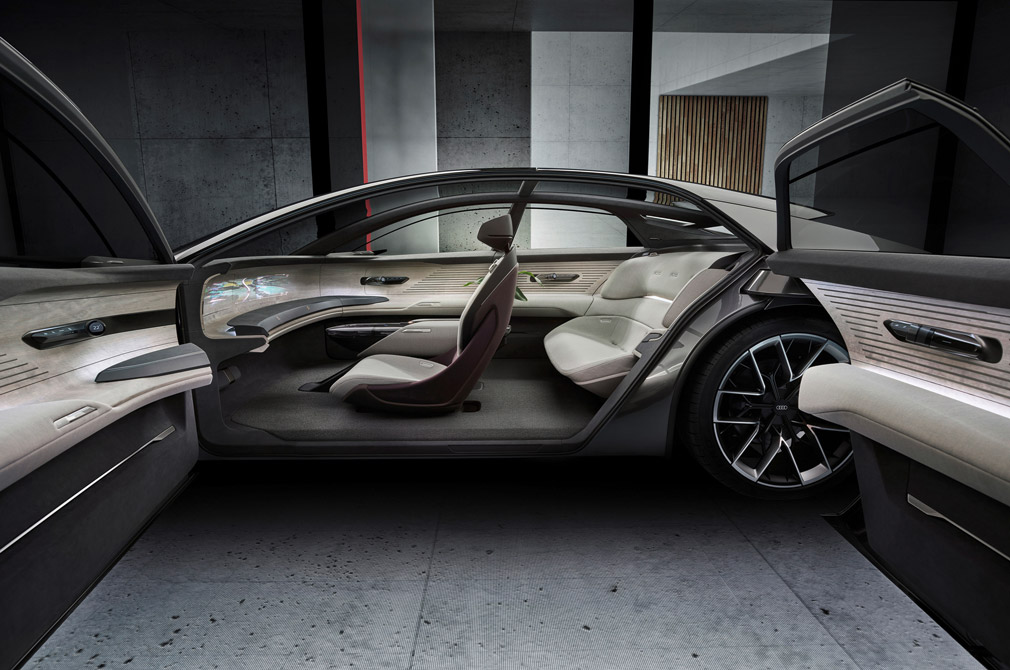 Concept cars must not only exist to stimulate the imagination, but to also invigorate reality.

As the second “sphere” concept car to be announced after the skysphere, the technologies and design features from the grandsphere will appear within a few years in future Audi vehicles, making the brand a true trendsetter of premium mobility.

Like the skysphere, the grandsphere is crafted to slice through the wind with its long, low and wide form. At over five metres long, its streamlined shape begins with the unmistakable Singleframe grille and sweeps towards a “pinched” rear end.

The grandsphere looks fast even while standing still, and has the feel of a luxurious cocoon designed to rocket its occupants over the horizon. 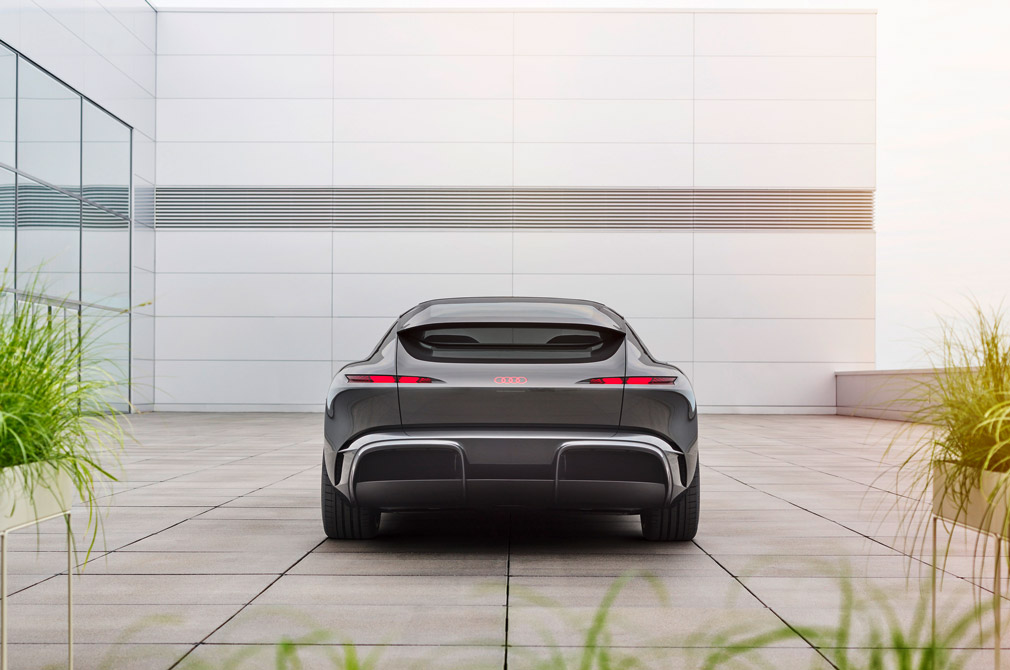 Thanks to its electric drivetrain, the Audi grandsphere sports short overhangs and a windscreen that pushes far forward, creating a roomy and airy interior.

In fact, this concept model was designed from the inside out. Passengers and their needs would come first, with the rest of the package designed later.

The front and rear-hinged doors open to reveal and inviting and advanced cabin. Occupants enter a spacious and open world, accentuated by horizontal elements on decorative surfaces and functional elements, making them feel more engaged with the car than ever before.

The displays are thoughtfully presented only when the driving functions are enabled. Devoid of numerous buttons and dials, the grandsphere ensures that its technology does not overwhelm the driver and occupants.

The skysphere and grandsphere will turn heads and redefine vehicular travel. Being representatives of Audi’s future, they look like nothing else on the road today, giving us a glimpse of the exciting models still to come.

Most importantly, they prove that designs do more than draw us in – they also give us ideas and change our expectations.

Click here to discover the Audi skysphere and grandsphere concepts