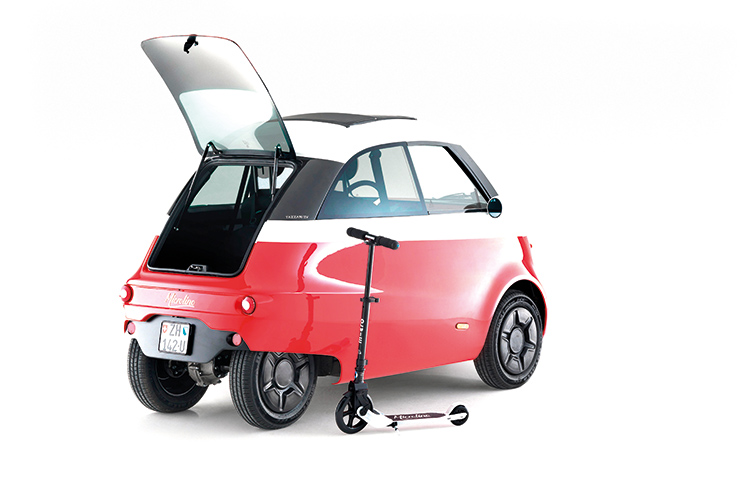 Recently, I’ve decided that the ideal car for me is a 2.4-metre long, egg-shaped device with 20bhp and a top speed of 90km/h.

Called the Microlino, this tyke from a Swiss startup is retro-styled after the cult-classic Isetta bubblecar of the 50s.

It is very slightly larger than the even tinier original, but remains faithful to that car’s design – right down to the all-important single clamshell door, where the entire front end of the car (with windscreen and all) swings open, taking the dashboard and steering wheel with it.

Keeping this unique feature, as well as the Isetta’s cheerful folding fabric sunroof, was critical to retaining the Isetta’s irreverent, toy-like mien.

Retro-styled it may be, but the Microlino is powered by the drivetrain of the future – meaning that it’s an EV.

Despite battery capacity of just 14.4kWh in the larger-capacity of its two versions – far less than other EVs – the Microlino manages a very decent 200km of range on a single charge.

And I want one as my daily drive.

With its wailing VTEC engine, nimble handling and mini-touring car styling, it’s a thrill to look at and to drive hard.

But its jiggly ride and the need to constantly juggle clutch and gearshift in stop-start traffic can be a pain in city driving. 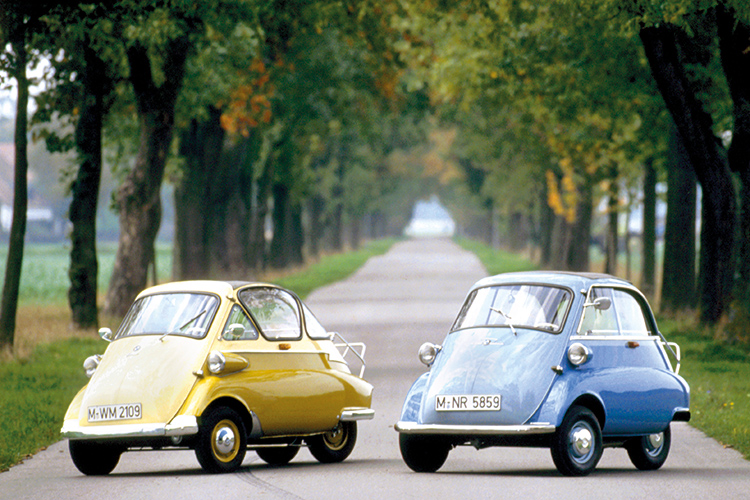 BMW’s Isetta bubblecar from the 50s was the design inspiration for the Microlino.

Which, given that I work in Raffles Place, basically means every weekday.

What use a 225bhp 9000rpm engine with an exhaust note to die for, when it’s idling at traffic lights most of the time, and a short-throw 6-speed gearbox that barely gets out of 3rd gear?

Also, the Type R’s four-seat capacity is completely redundant, because for 95% of the time I’m driving solo.

So a little two-seater EV (the Microlino has a single bench seat) that delivers instant-hit torque from standstill, will zip through the smallest gaps in traffic and squeeze into the tightest parking spaces (it is so tiddly that it can fit head-first into a parallel lot) sounds perfect for the work commute.

I also love the fact that, as with all EVs, it’s not contributing to urban air pollution, and is near-silent as well.

And of course, ultra-low running costs are a big part of its appeal.

Given my short daily commute (a round trip of about 20km), that 200km range would last me well over a week.

An overnight plug-in at home, and it’s all set for another 200km, at a fraction of the cost of a tankful of 95-octane.

Were I younger and single, the fact that women will be irresistibly drawn to the cuddly little Microlino (and by extension to the men driving them) would have been a factor too – I can imagine that two-person bench seat would have come in very handy indeed…