Is it time to trade in the COE scheme for a newer model? | Torque
Loading posts...
0 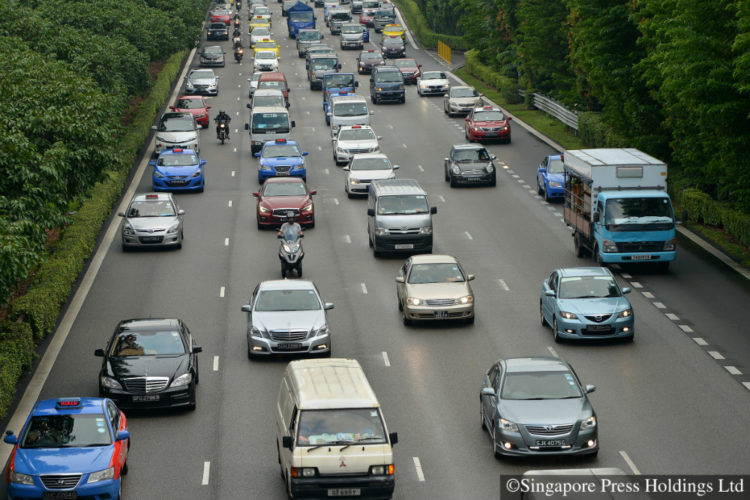 Zero growth does not mean no more cars allowed on the roads.

If you are a Singaporean motorist, you should have no problem figuring that one out.

You know the certificate of entitlement (COE) scheme like the back of your car, how the numbers are determined every year and why the latest announcement that the Government is now targeting zilch growth in the car population is not as scary as it might sound.

That’s because going from the current 0.25 percent growth rate to zero is not going to make a big dent in the number of COEs, the bulk of which is dependent on the number of cars scrapped in the preceding year.

But try explaining all this to a foreigner and you are likely to cause him to go off the road.

Which was why the British newspaper, The Guardian, had it all wrong when it reported the story on its website with the headline “Singapore: no more cars allowed on the road, government says” .

I don’t blame it because Singapore’s transport policies can look like a three-level, six-lane road interchange during the morning peak hour. It’s not easy making sense of where it is heading.

It wasn’t like this in the early days. I write from personal experience, having started my working life as a civil servant in the then Ministry of Communications dealing with the same car issue.

Life at the beginning was simple, like travelling on a straight single-lane road. Whenever the growth of the car population exceeded what the Government thought would cause traffic congestion, it would raise car and road taxes – always, without any warning.

In fact, there were times when even ministry officials did not know and had to scramble to put out the press announcement and make changes to the necessary legislation whenever we received a sudden instruction to apply the brakes from the Prime Minister’s Office or the Finance Ministry.

Then all hell would break loose, there would be angry reactions from motorists, especially those about to buy their new set of wheels, and a flood of furious letters to the newspapers.

Car purchases would slow down for a while, but, as incomes rose and the effect of the last vehicle tax increase wore off, they would pick up speed again, and the cycle would repeat itself.

This stop-go approach to solving the traffic problem, which went on for quite a few years, was clearly unsatisfactory. The tax increases were arbitrarily decided, secrecy was an essential part of the plan to prevent people from taking financial advantage if they had prior knowledge, and the public protest grew louder with each round.

As a young officer at the ministry then, I wrote a paper setting out a different approach, with the Government deciding on the number of cars to be allowed on the roads and the market determining the price motorists were willing to pay through an auction. It was a theoretical paper arguing why such a solution could work and achieve the desired outcome, which was to control the car population.

The COE scheme was introduced years later, after I had left the service.

Looking back now after almost 30 years, I think it has largely achieved its objective. Without it, the number of vehicles in Singapore would have gone into overdrive as it has in many cities now struggling to deal with their traffic and pollution problems.

But it isn’t the perfect solution and there were mistakes made along the way in implementing it, resulting in erratic COE premiums – they reached almost $100,000 in 2013 – creating much uncertainty in the market.

More important, technology has changed urban transportation and will transform it in the years ahead.

It is pertinent to ask now whether a 27-year-old scheme like the COE is still relevant amid so many changes taking place in the way people travel in the city, including the rising popularity of services such as Uber and Grab.

Or should it be scrapped like an expired-COE car.

This newspaper published two letters from readers last week raising some of these questions.

One reader put it this way:

“For instance, GrabHitch introduced ‘social carpooling’ allowing drivers to utilise spare capacity in their cars and reduce costs… The number of vehicles sitting idly in Housing Board carparks during weekdays gives a good picture of the number of cars ‘hogging’ COEs.”

“We should think of new ways to curb demand,” he added.

In fact, studies in the United States and Britain have found that the average car is used on the roads only 5 percent of the time, with the rest of the 95 percent stationary in a carpark.

These numbers will be largely the same here – which does not make economic sense because a typical car costs three to four times more compared with elsewhere.

It isn’t hard therefore to foresee the day when car-sharing will become popular – making use of the same technology found in bike-sharing today. In fact, when cars become self-driving, which they will eventually, you might even be able to call up one from your smartphone, without ever owning it.

New technologies will also enable the authorities to use more sophisticated ways to charge motorists for using the roads, replacing the blunderbuss COE approach which targets ownership.

Singapore should strive to be among the leading cities preparing for these changes. For example, it should encourage and promote companies developing car-sharing technologies here. This should include services like Uber and Grab and associated delivery services such as UberEATS and foodpanda.

Some of these changes will severely disrupt traditional taxi services and the livelihood of taxi drivers. But better to anticipate and prepare them for the transformation than to try to prevent the inevitable.

The taxi industry is in the dilemma all incumbents face when a disruptive competitor threatens – hold on to the old business for as long as possible or embrace the new technology now?

I think the same applies to Singapore’s transport policy.

The COE scheme was an old-world solution in the pre-digital age, even before Electronic Road Pricing was introduced. It was revolutionary and daring at the time – a first in the world then.

But it is now showing its age, like a vintage Volkswagen Beetle in the company of electric BMW i3s.

There are many other solutions available today making use of the latest technology and business practices of the new economy which can offer commuters a wider range of choices.

But work needs to start on these alternatives and policies devised to encourage their adoption. It will require the same can-do spirit of the COE days to put Singapore at the forefront again in solving its urban transport problems.

Time to trade in the COE scheme for a newer model?