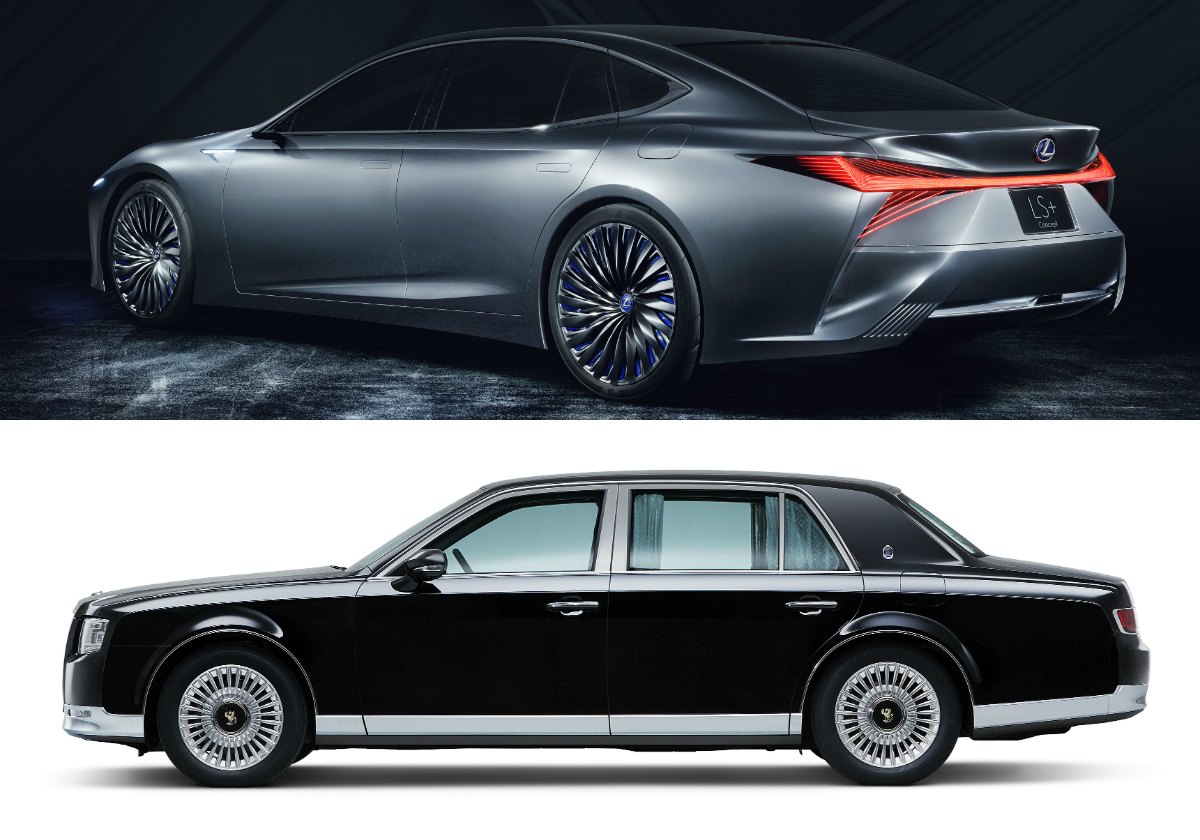 The Toyota Century limousine (black car) looks back to the past, whereas the Lexus LS+ limo (silver car) looks ahead into the future

The 2017 Tokyo Motor Show venue, Tokyo Big Sight, saw the debut of two big rides from Toyota and Lexus – the Century and LS+ respectively. The Toyota limousine looks back to the past, whereas the Lexus limo looks ahead into the future, but both play relevant roles today.

The 2017 Toyota Century (black car in photos) is only the third new model since the 1967 introduction of Japan’s “first domestically produced full-fledged chauffeur car”.

The second Century only arrived in 1997, with a unique 5-litre V12 and a price 1.5 times higher than the Celsior, which was the domestic version of the Lexus LS400 flagship at the time. The Century was gently updated in 2005 and its ancient 4-speed automatic was upgraded to a 6-speeder.

The latest Century has replaced the 12-year-old 12-cylinder with a modern 5-litre V8 hybrid drivetrain from the defunct LS600h, but remains faithful to the heritage of its two proudly traditional predecessors, hence the stately saloon prioritises comfort and hospitality for the Japanese VIPs seated in the back.

Compared to the old-school Century, the Lexus LS+ (silver car in photos) is almost space-age.

As the “+” in its name indicates, this concept limo adds to the current LS package – more Gundam science fiction in the styling, especially the spindle grille and laser lights, and a more advanced suite of automated driving systems, which will be launched in 2020.

The Lexus’ futurist fantasy includes artificial intelligence that would enable the big car to exploit big data, learn new functions and grow along with its users. So the LS+ could become even bigger in Japan. 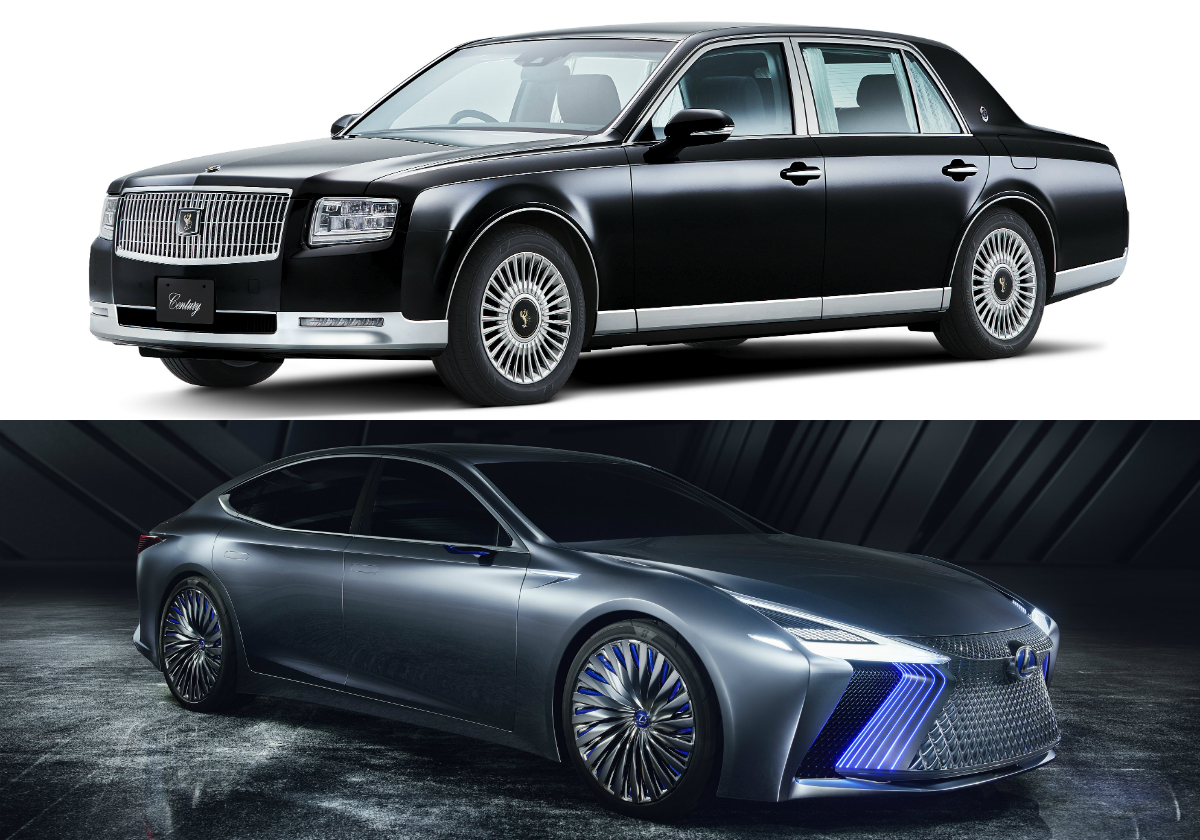 The Toyota Century limousine (black car) looks back to the past, whereas the Lexus LS+ limo (silver car) looks ahead into the future