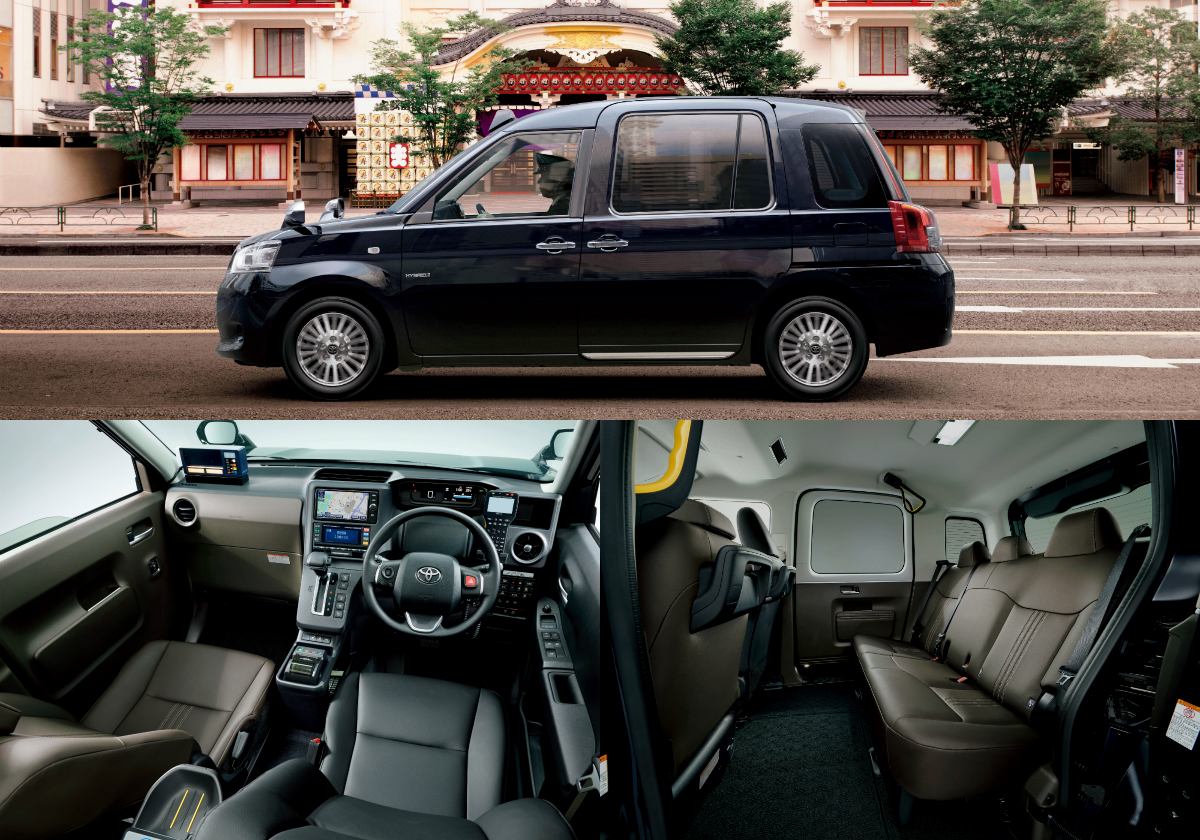 Japan’s new-generation taxicab is not only far more comfortable for passengers than the old Crown Comfort, but also a lot more likeable.

It looks like a modernised, smaller and shinier version of the classic TX4 London Cab. But the only aspect of the new JPN Taxi shared with the beloved British taxicab is that it’s purpose-built for the job.

The Toyota hatchback’s job is much bigger than just plying for hire on the streets of Japan. The new model, which entered service in October 2017 month, is intended to replace the ubiquitous Crown Comfort, the country’s most popular taxi model with over 200,000 units on the road, of which about 50,000 operate in Tokyo.

This Japanese public taxi is a clean-sheet design, with more considerations than the typical Category A Japanese passenger car.

According to Toyota, the JPN Taxi has to be “gentler and cleaner” than the 2-litre 4-speed Crown Comfort, and provide double the fuel efficiency (using an LPG-fuelled 1.5-litre hybrid engine hooked up to a CVT). It also has to offer “friendliness and hospitality functions”.

The cabbie of the JPN Taxi I hopped into, 61-year-old Hiroaki Kaneko, was certainly friendly, and the cabin was more hospitable than any Hyundai turbo-diesel taxi I had ever taken in Singapore.

The rear kerbside door power-slid open to reveal a back seat with a conveniently low and flat floor, limo-like legroom, and enough headroom for me to possibly wear a chef’s hat, which would match the lace “tablecloth” covering most of the seat.

There were no folding tray tables, though. But there was a pair of USB charging points for gadgets, big air vents in the ceiling for the rear occupants, and several well-placed grab handles.

If I were infirm or inebriated (or maybe a drunk old man), I would appreciate having all those handles to help me enter or exit the taxi.

It’s wheelchair-ready, too. The vehicle has a built-in ramp which the driver can deploy in a few minutes, the front passenger seat can be folded out of the way, and the backseat can be rejigged to accommodate both the wheelchair user and a caregiver seated alongside.

Thoughtful, just like the taxi company, Hinomaru Kotsu, which gives a 10 percent discount off the fare for a disabled passenger.

The JPN Taxi was far more comfortable than the last Crown Comfort ride I took in Japan (Hiroshima in February 2017).

There was so much space in the JPN Taxi that I could lounge around like I was in my own cubicle. The backseat felt like a well-padded, well-made sofa for two. The large side windows and wide-view front windscreen made the room feel airy.

The suspension and 185/65 R15 tyres were cushiony enough over the smooth road surfaces, while the interior insulation was better (and hence quieter) than in the Sienta, Toyota’s compact MPV. I heard very little wind noise while the JPN Taxi was travelling on the highway, despite the cab’s bento-box shape.

Throughout the journey, I didn’t notice the hybrid drivetrain working. It just moved the cab, unobtrusively, as the affable cabbie drove along and chatted with me.

Toyota’s JPN Taxi fared well in this test ride, and I liked it as much as my Japanese taxi driver Mr Kaneko, it seems.