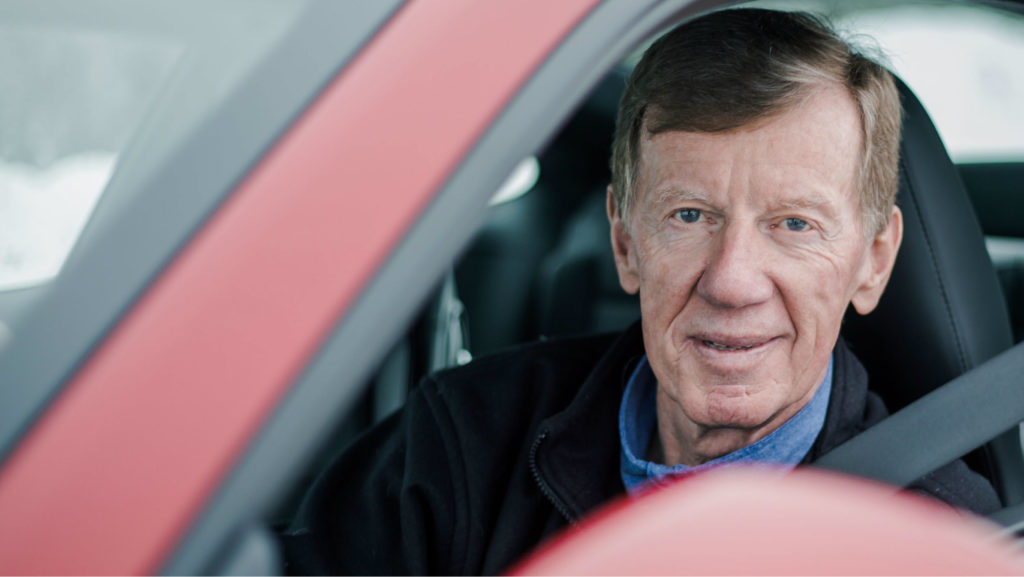 With the new turbocharged generation of the Carrera, many people feel that the 911 has lost some its innocence. After all, turbocharging and a high-tech chassis and steering system are now indispensable for modern sports cars, which is a good thing according to Walter Rohrl.

He should know, given that he already experienced a similar turning point in the early 1980s: All-wheel drive and extremely powerful forced-induction engines catapulted rally driving into a new era.

Rohrl was right in the midst of this change. At the peak of his career and with almost unbeatable talent and skill, he found himself at the top of the podium even when driving classic cars. A few years later, he even coaxed long-lasting records from the most enthralling high-tech cars.

We ask him: What does progress offer and how can we make the most of it?

His answer is brief. “Driving high up the mountain, you always had to really rev the old, naturally aspirated engines. Sometimes they even struggled to overtake. The turbo pulls away so easily that all you need to do is sit back and watch”, he replies.

Röhrl is a man of few words, this is particularly true when he is on the racetrack or in other highly dynamic situations, such as here on the Finnish ice. However, there is one thing that will make him talk: Driving on autopilot.

Suddenly, Röhrl is on a subject that he is really passionate about. But it’s not merely the top quotes that go around all the time or the most famous steering gestures that he wants to talk about, but the simple truth: You just have to concentrate.

Nowadays, people all too often daydream while driving, play on their phones or are otherwise distracted, and ultimately they are relying on the electronics to keep everything under control.

“You need to feel the ground beneath you, sense the car’s responses and anticipate how the road changes these two things”, says Walter Rohrl.

It is for this reason that he usually drives without the radio on, and in tricky situations he even avoids talking with his passengers, so as not to break his concentration. And so he zips along the road, with his fingers placed gently on the rim of the steering wheel and his gaze fixed well ahead of the car.

You don’t reach top speeds just by having a good car. Even today, it still comes down to the driver – skill is more important than brute force when you really want to go fast.

Anyone who understands this and drives with the car rather than against it, will now get more pleasure than ever from driving the 911, a number that gives a more direct experience than all other sports cars.

“I can feel every tiny movement that happens and the car goes exactly where I want it to”, says Röhrl.

Above all, it is the improvements made from generation to generation that really fill him with enthusiasm.

“A Turbo S can now do things that we rally drivers used to only dream of, yet it still runs quietly and in a perfect line, while offering maximum comfort and enough space for the dog to jump in the back.”

Can he imagine there being a time when sports cars become too fast? He puts his head to one side and then replies: “No, the developments being made are not just about speed. Improvements are also being made equally, if not more so, to car safety.”

“Take a look at the 911 R. It easily reached 330km/h when it was tested in Nardo and it has been provided with all-wheel steering which gives it immediate countersteering. Or look at the current PSM – it’s so good that I never switch it off now. I used to say that I would only use the PSM if I really needed it, but nowadays the automatic control is so spectacular, so wonderful.”

However, he quickly warns against relying blindly on the automatic systems and driving aids.  They are to be used as a backup, a safety net for inexperienced drivers who cannot confidently assess the car’s reaction and can make mistakes.

“It’s not for boy racers who simply want to go fast.” Pure and simple.

Concentration is and remains the most important factor when driving. Be aware, see what’s happening and react accordingly.

“I still get a real kick out of driving, even here in this icy landscape.” He says this because he knows that he can still do it. “But this is only because I keep on practising. If you don’t drive for a while, you will perhaps be able to remember how it all goes, but you won’t be able to keep up with everyone else.”

He pauses for a moment before continuing, with a serious look on his face: “When someone is faster than I am, it will be over. Consistently practising is vital.” 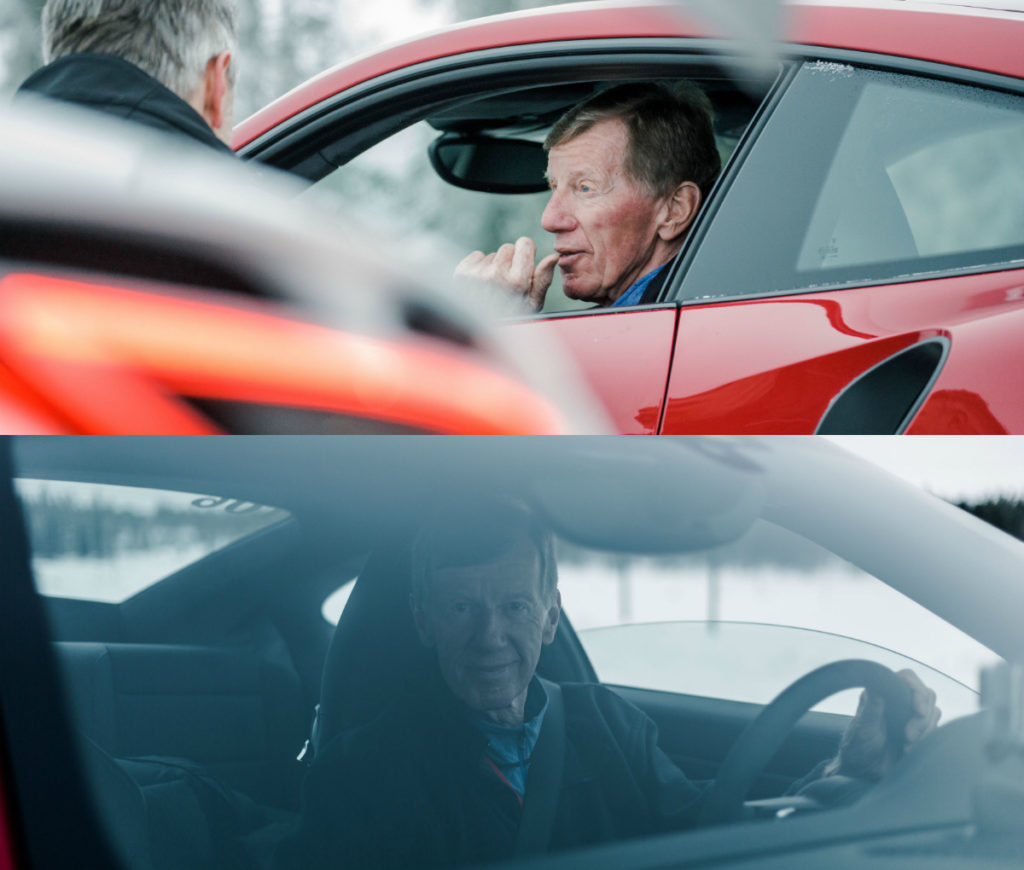