Yellow headlights: why do they exist and are they legal? | Torque
Loading posts...

The foglights on your car are normally white, or off-white.

However, some cars in European countries have yellow headlights or foglights, like this: 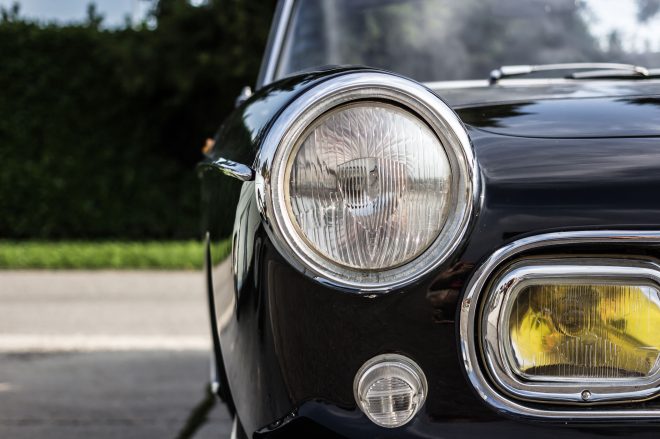 These lights are called “selective yellow” lights, which were mandatory on cars in France for many years.

“Selective yellow” is different from the yellow, amber or orange light found in indicators.

Some lamps simply have a yellow filter, whereas others used a yellow reflector to get the yellow light.

Why were “selective yellow” lights used?

Many explanations abound for the use of these types of lights, but the most credible is that they were meant to make cars more visible in fog.

Specifically, the particular shade of yellow was chosen to be easier on drivers’ eyes.

The mid-1930s saw a French requirement for having yellow headlights, supposedly at the French military’s urging to better distinguish French cars.

Other say that yellow light penetrates fog better, leading to such a requirement.

No one knows the true genesis of the idea, but in late 1936, France enacted legislation requiring road-illumination lamps – which included headlights and foglights – to emit “selective yellow” light.

France maintained that requirement for nearly 60 years, ending it in 1993, ushering in the era of white headlamps.

No matter their inception, during their six decades of use, yellow headlights were appreciated by drivers as being less glaring than white headlights in the fog.

They didn’t improve drivers’ vision per se, but were instead both easier on the eye and also more noticeable in thick fog.

Are such lights legal in Singapore?

According to the Land Transport Authority, “front fog lamps must only cast a white or yellow light”.

“They must be installed not more than 400mm from the sides of the vehicle and at least 600mm apart from each other. They should also be located below the headlights and at least 250mm above the road surface,” the specifications read.

However, if you are installing aftermarket spot lights, be warned that they are not allowed.

To be safe, check with your mechanic or fitter to ensure that those yellow lights you’re installing for that classic European look are legal and safe.

Modifying cars in Singapore: what you can and cannot do

BMW Individual M850i Night Sky edition is out of this world