Jaguar took its latest XJ limousine to one of the world’s most spectacular modern roads – the Skyroad in China – to find out how innovation in road technology and design is helping to match the improving ride of modern luxury cars.

The 240km-long road, officially named Yaxi Expressway, cost over RMB20 billion (S$4.14 billion) and took five years to build. It has become a tourist attraction, because it snakes through spectacular scenery in Sichuan Province.

The region is not only extremely mountainous, but is also an active earthquake zone, so it required the Skyroad designers to utilise innovative thinking. Engineers solved the issue by using tunnels and viaducts to make up over half the length.

The Skyroad’s chief engineer Peng Li said: “Constructing modern roads is very challenging from a technology perspective, because we have to keep pace with the development of the auto industry and there are many factors in the design of road surfaces and layouts.

“In modern luxury cars like the Jaguar XJ, the passenger expectations are high. These cars are frequently chauffeur-driven, and roads need to be designed to match the smooth ride and comfort engineered into luxury vehicles. We incorporated a huge number of innovative technologies, materials and features to deliver this, including the world’s longest continuous slope of 51km, with an incline of 3 percent, and the world’s first double-spiral tunnel.”

One of the biggest challenges in the construction of the Skyroad was its location in a geologically unsettled region prone to earthquakes. This not only impacted construction, but also meant the design must be strong enough to withstand such potential natural disasters.

“There were often many landslides, making construction very difficult,” added Li. “And in terms of design, it takes a lot of innovation to create an expressway to operate stably in an earthquake-prone region.”

The Skyroad has halved the journey time between Chengdu and Liangshan, and opened up a region of China known for its tea production as well as pottery, flowers, silk, spicy cuisine and wild pandas. 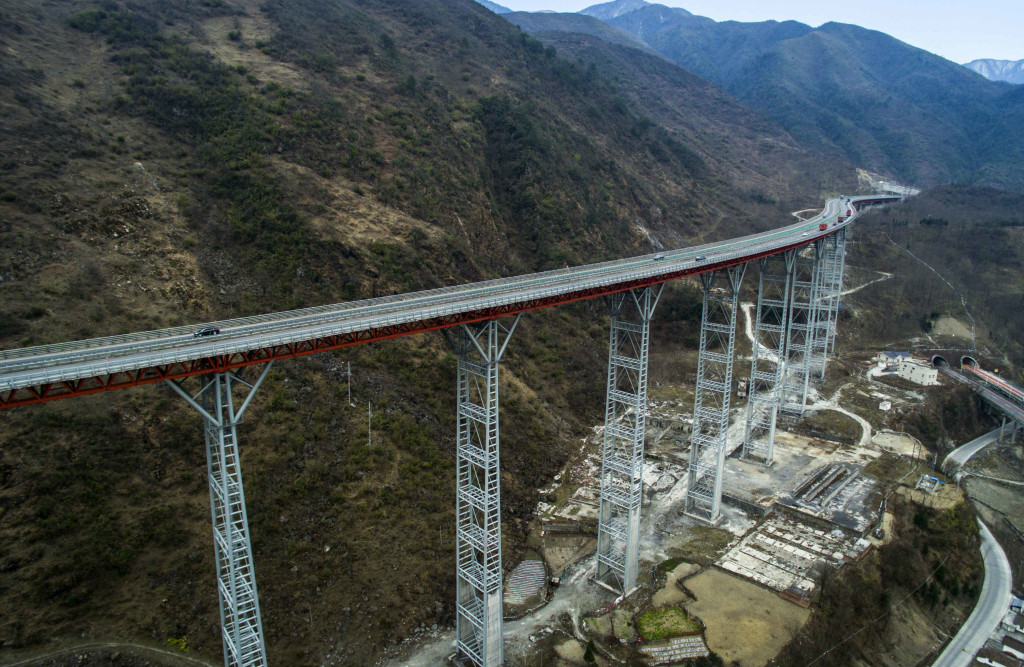 Read about the technology of road construction in Singapore.