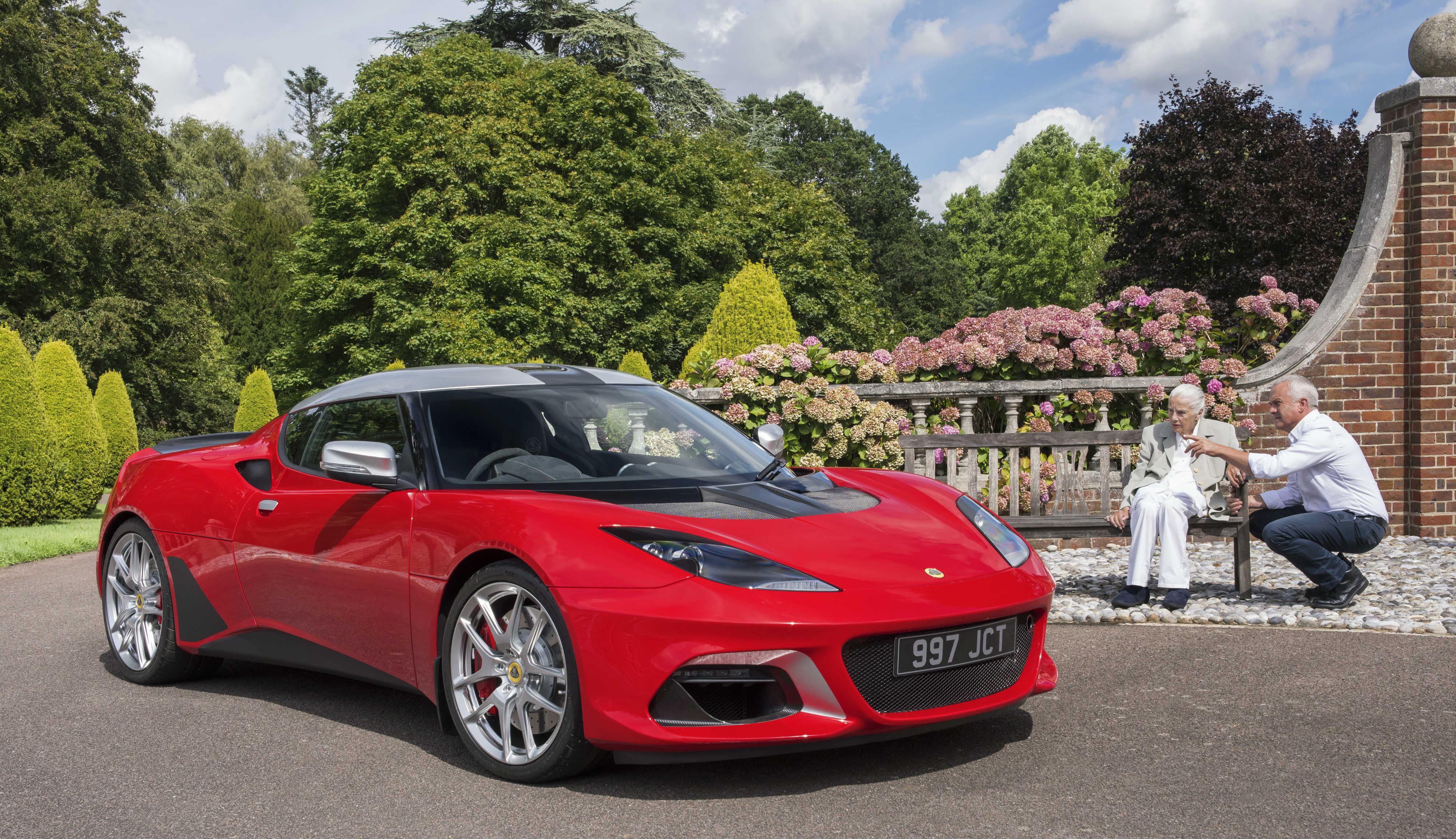 Hazel Chapman, widow of company founder Colin Chapman, has personally approved the 100,000th Lotus, as part of the marque’s 70th anniversary celebrations, with the milestone sports car commemorating the legacy of Jim Clark, one of British motorsport’s most enduring figures.

Joining the celebrations for one of the world’s most iconic sports car manufacturers, the widow of company founder Colin Chapman has personally approved the 100,000th Lotus, as part of the marque’s 70th anniversary celebration. Hand built on the same site that Hazel Chapman helped establish, the Jim Clark Trust special edition Lotus Evora GT410 Sport is the 100,000th Lotus built and a milestone in the iconic British company’s history.

Reviewing the car for the first time with her son Clive Chapman, Hazel Chapman said: “70 years ago, I never dreamt that there would be a 100,000th Lotus. I’m immensely proud of the company and Colin’s legacy. Today Lotus still builds such fantastic sports cars and I’m touched to be able to see the 100,000th car.”

The Evora continues a lineage of lightweight car design that can trace its roots back the very first Lotus – an ethos that drives the company to optimise mass and aerodynamics in order to maximise performance and handling.

In 1948 Colin Chapman built his first competition car, following his own theories for improved performance. He formed Lotus Engineering in 1952 and from there the company continued to innovate in both road and race cars. Changing the very nature and intent of vehicle design forever, Chapman was in the vanguard of a new way of thinking and his principles remain as relevant today as they were 70 years ago.

Hazel was the first investor in Lotus. Loaning her then boyfriend Colin the £50 he needed to establish Lotus Engineering in a lock-up borrowed from Hazel’s parents. Colin Chapman reimagined
and re-engineered an Austin Seven to create the first Lotus – the Mark I. Built by hand, and with Hazel helping where needed, Colin completed the car in the spring of 1948 and immediately entered it in competitive trials. With Hazel in the passenger seat and Colin behind the wheel, they picked up two class awards in the Mark I’s first events.

From that small garage on the outskirts of London sprang a global brand and Hazel worked alongside Colin as the business grew and found fame. She was even instrumental in establishing the company’s current site in Hethel, working on the layout and design, as the old airbase was rebuilt as the Lotus headquarters and manufacturing facility.

A fitting tribute to one of the most successful racing drivers of all time, the 100,000th Lotus Evora GT410 Sport is a one-off produced in collaboration with the Jim Clark Trust, which has launched a competition to win the landmark Lotus while raising funds to help complete its new museum. Inspired by the very first Lotus Elan, driven by Clark in the 1960s, the new Evora special edition was conceived and constructed at the famous Hethel site – the home of the company for the last 50 years.

Commissioned to coincide with the 50th anniversary of Clark’s tragic death while competing at Hockenheim in 1968, the 100,000th Lotus was unveiled at this year’s Goodwood Festival of Speed. Echoing the original Lotus Elan’s colour scheme, with red paintwork, a silver roof and silver wheels, plus tartan upholstery, it commemorates the legacy of the one of motorsport’s most enduring figures. 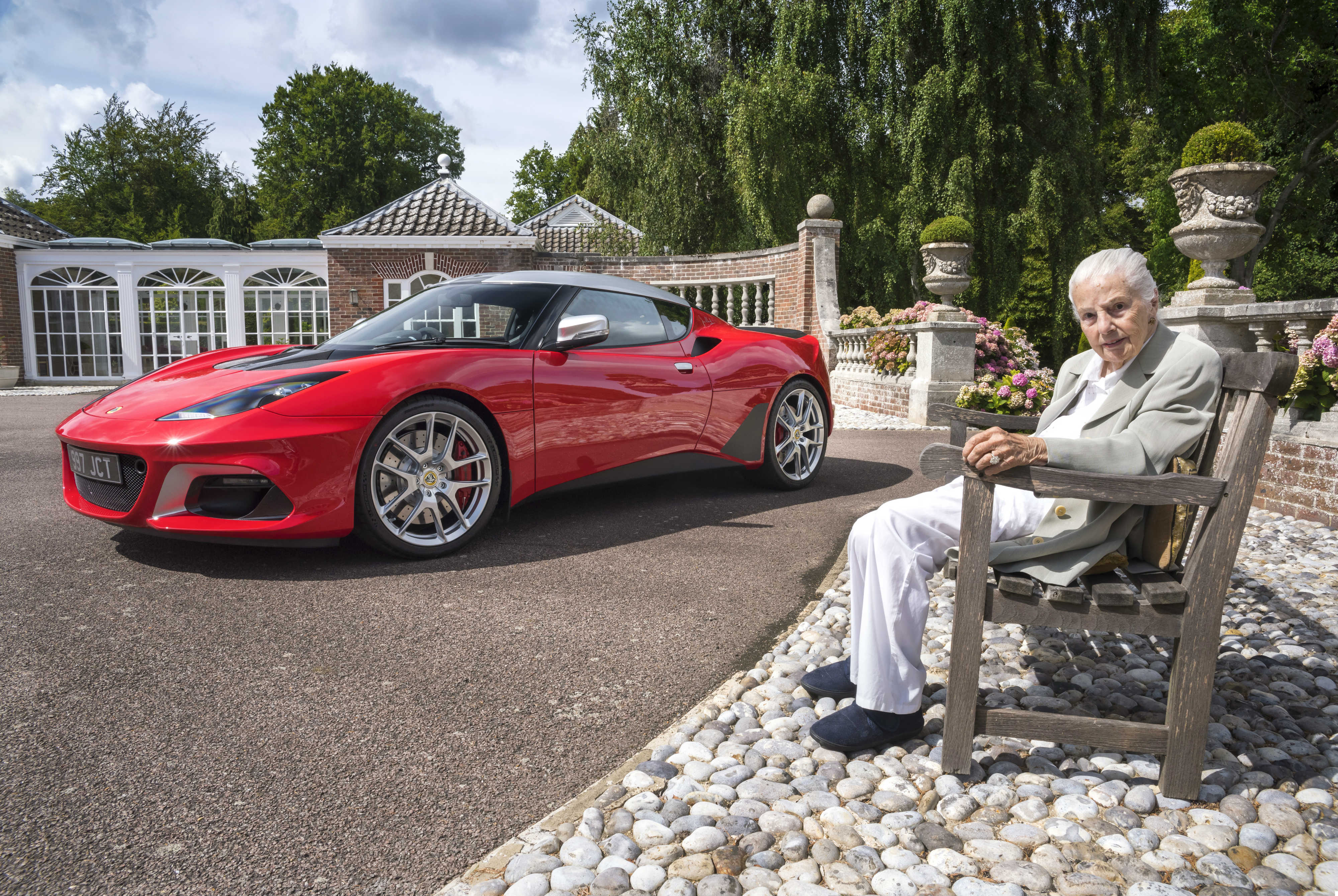 Hazel Chapman, widow of company founder Colin Chapman, has personally approved the 100,000th Lotus, as part of the marque’s 70th anniversary celebrations, with the milestone sports car commemorating the legacy of Jim Clark, one of British motorsport’s most enduring figures.