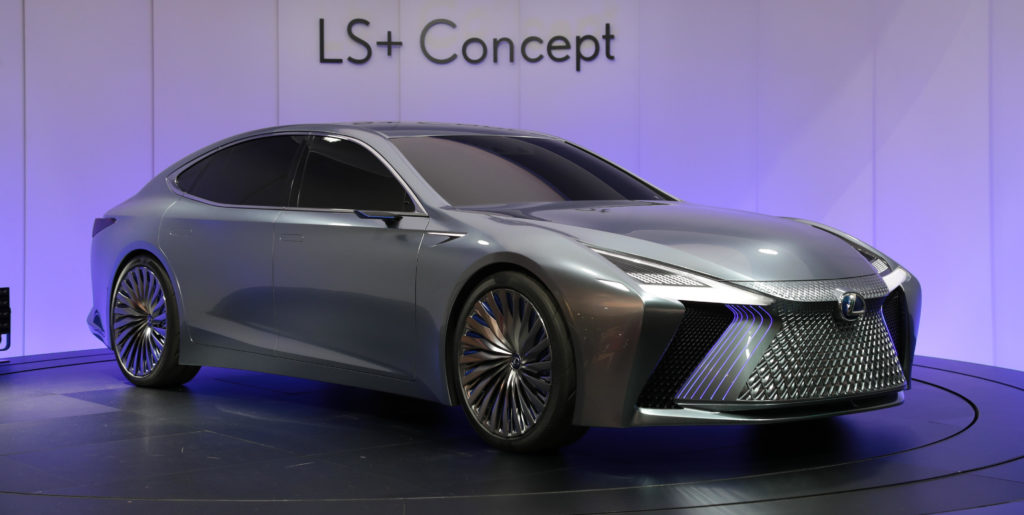 LEXUS LS+
The latest, fifth-generation LS flagship saloon has just been introduced, and Lexus is already showing what the next generation might look like. As the “+” in its name suggests, the concept adds to the existing LS package – more aggression in the styling, especially in the grille and lights, and a more advanced suite of automated driving systems, which Lexus plans to introduce in 2020.

TOYOTA CENTURY
Twenty years after the debut of the second-generation Century, Toyota has unveiled the 2017 model of Japan’s most traditional limousine. The exterior is as stately as ever, with particularly lustrous paintwork, and the cabin continues to prioritise comfort for the two VIPs seated in the back. The only interior options are wool or leather upholstery, with or without curtains. The previous 5-litre V12 engine has been replaced by a 5-litre hybrid V8, which is derived from the unit in the defunct Lexus LS600h.

Check out other 2017 Tokyo Motor show stars here and there.