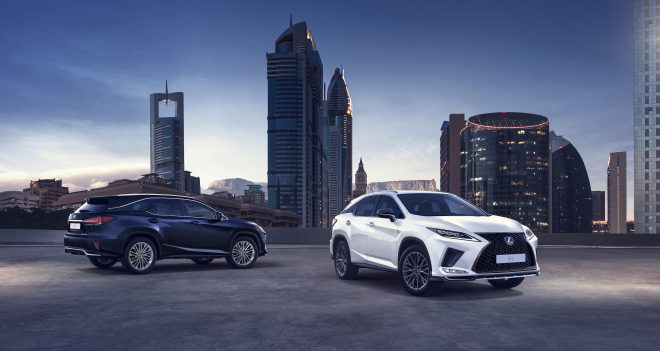 Lexus has unveiled a refreshed RX, cramming even more tech into a body that has undergone mild restyling.

The company elected not to fix what ain’t broke, keeping the exterior mostly the same while making the most changes under the skin.

There is a new set of daytime running lights incorporated into the lower part of the front air dam, and an ‘improved’ character line running from the front to rear. 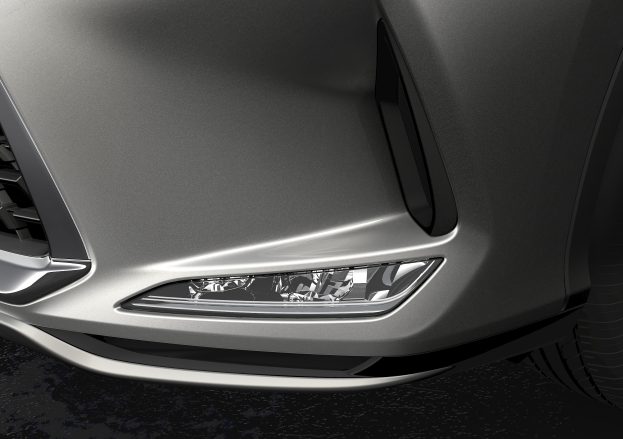 The new Lexus RX gets new DRLs on the lower bumper.

The RX’s headlights have also been made more slender, while the rear lamps feature an ‘L’ shape motif.

To improve the RX’s handling, Lexus said its engineers have ‘scrutinised every part of the vehicle’ and tweaked body rigidity and the suspension system, which involved adding a new shock absorber and brake control system.

Part of the improvements includes using Laser Screw Welding (LSW) and spot welding together with the increased use of high-strength adhesives – 4.2 metres of the stuff, to be exact.

The stabiliser bars have been stiffened, and are now hollow and 1mm wider.

Combined with enhanced hub rigidity, the result is a more immediate response to steering inputs in the new RX, Lexus said.

The new RX also features Active Cornering Assist (ACA) that suppresses understeer when stepping on the throttle mid-corner, as well as a tweaked EPS. 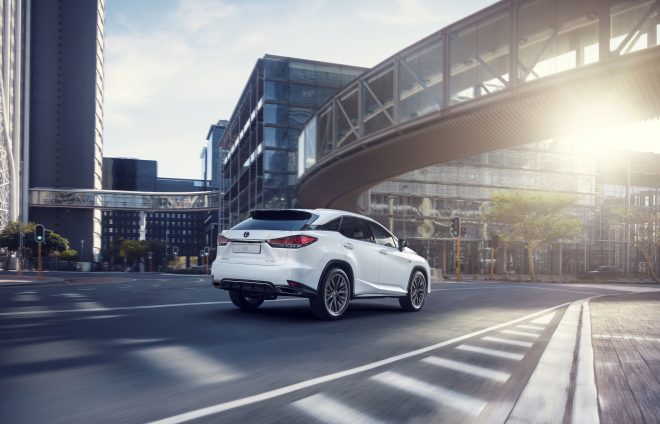 All of that results in a “truly linear steering feel”, allowing the RX to accurately trace the desired driving line in all types of conditions, Lexus said.

Also available on the RX is Lexus’ cool headlight system – called, equally coolly, BladeScan Type AHS – that shines light through a spinning mirror to better distribute light in front of the vehicle.

The light is transferred to a lens to illuminate the road ahead.

“While the light does not appear to be moving, the BladeScan Type AHS precisely controls light distribution by synchronising the rotation of the blade mirror and switching the LED headlamps on and off. 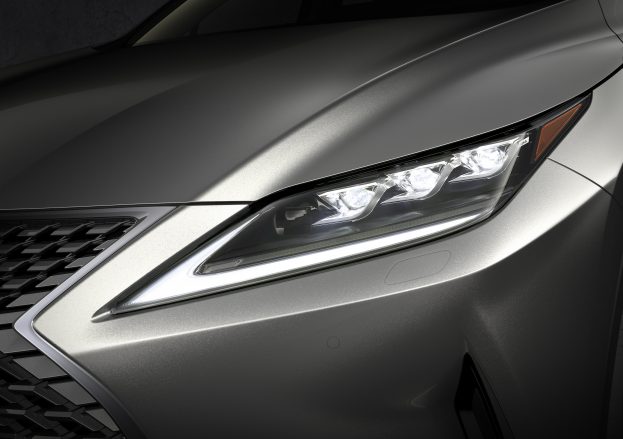 “Because the effect of the high beam can be expanded in a more natural manner, the system illuminates spots that may be difficult to see with conventional high-beam systems, such as the shoulder of the road. It also allows the driver to recognise pedestrians and road signs much earlier, without impeding the visibility of drivers in the vehicle, or drivers travelling in the opposite direction,” Lexus said.

The system, cool as it is, is not yet available in all markets due to ‘regional regulations’, Lexus added in a press statement.

The new RX also gets fitted with Lexus Safety System +, a suite of advanced safety systems.

First up is Pre-Collision System, which uses an in-vehicle camera and front-grille-mounted millimetre-wave radar to help spot bicyclists during the day and pedestrians during low-light conditions.

Dynamic Radar Cruise Control (DRCC) and Lane Tracing Assist (LTA) help keep the driver stay in lane. If the system detects a potential lane departure, then LTA alerts the driver with a visual warning and either an audible alert or steering wheel vibration (it may also apply a small steering correction).

The Adaptive High-beam System (AHS) which automatically reduces brightness in specific regions ahead of the car to avoid harshly illuminating oncoming vehicles or those in front of the vehicle.