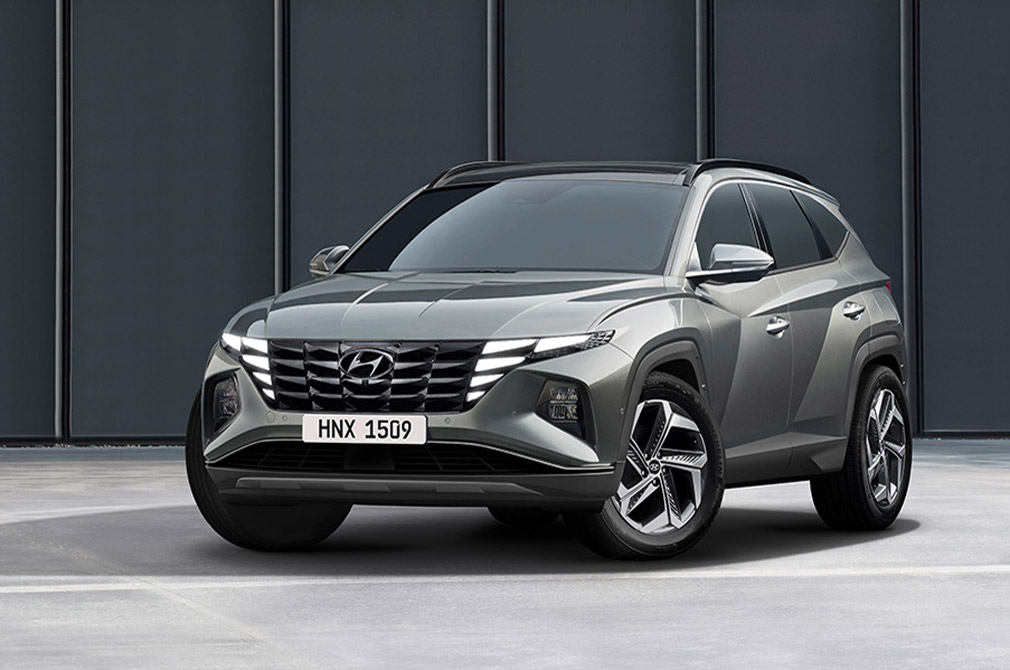 The all-new Hyundai Tucson is now available in Singapore.

This fourth-generation model is the first SUV to sport Hyundai’s “Sensuous Sportiness” brand identity, and features a turbocharged drivetrain. A petrol-electric hybrid variant will join the lineup later this year.

Prices for the Tucson currently start from $146,999 with COE. 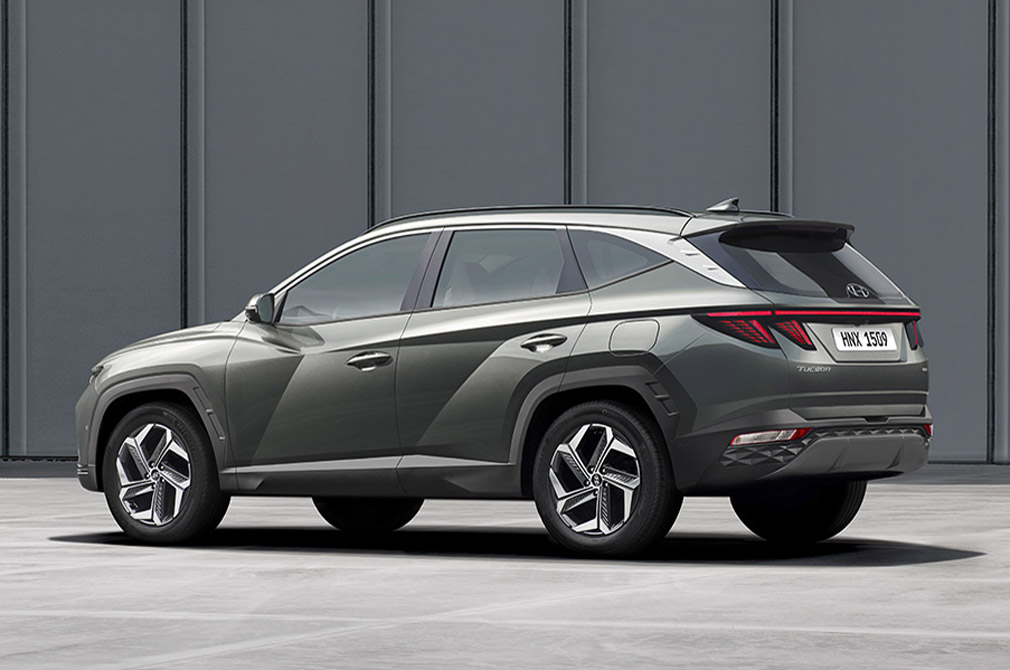 Just like the latest Avante, the Hyundai Tucson was not shaped by traditional methods. Instead, its design elements were produced through geometric algorithms, in a process better known as parametric dynamics.

The front grille features Parametric Hidden Lights – when the headlights are off, the grille appears covered in dark geometric patterns. When the daytime running lights are switched on, they resemble jewel-like shapes.

This geometric theme is continued at the side and rear, with chiselled surfaces that suggest forward motion while the car is static.

Hidden light details are also a feature at the rear, which features a bumper with a 3D effect. Interestingly, the Tucson is the first Hyundai model with a “hidden” wiper, which actually sits under the rear spoiler. 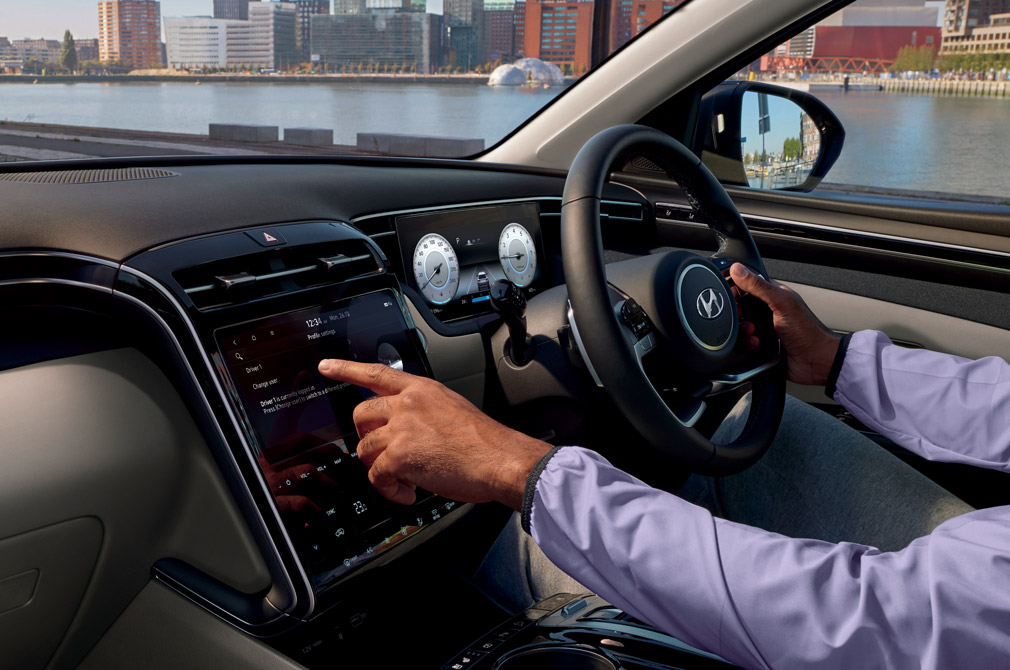 The Hyundai Tucson’s cockpit is equipped with a 10.25-inch digital instrument panel and an 8-inch infotainment display.

Most of the traditional knobs and buttons have been done away with. Functions such as the air-conditioning are now found in the infotainment menu. This makes the Tucson the first Hyundai model to have a full touchscreen console.

As expected, Apple CarPlay and Android Auto are standard, along with ambient lighting and a wireless charging tray for smartphones.

Meanwhile, there’s also more room for occupants, thanks to the SUV’s larger dimensions. The wheelbase, in particular, is now 85mm longer. As a result, second-row legroom has increased by 80mm.

Cargo volume, on the other hand, is now 539 litres, up 26 litres from before. The split-folding second-row backrests improve versatility, and folding them down expands total capacity to 1860 litres. 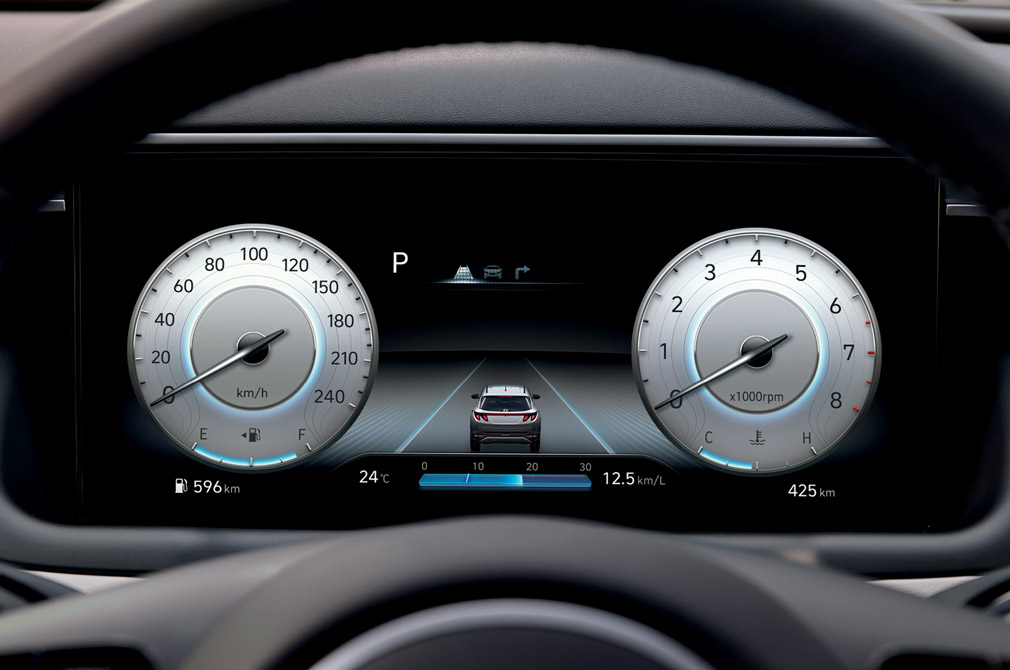 It can propel the Tucson from rest to 100km/h in 8.8 seconds. Hyundai claims a combined fuel consumption figure of 14.9km/L. The Tucson Turbo is VES-neutral.

A more powerful Tucson Hybrid model will arrive in Singapore later this year. It will have a 227hp (230PS) petrol-electric powertrain mated to a 6-speed automatic gearbox. The Hyundai Tucson comes with SmartSense, the brand’s suite of safety features.

The Rear Occupant Alert feature, which monitors rear seats with a sensor that detects movements, should be particularly useful to parents. The system gives the driver visual and audio warnings to remind him or her to check the backseat before leaving and locking the vehicle.