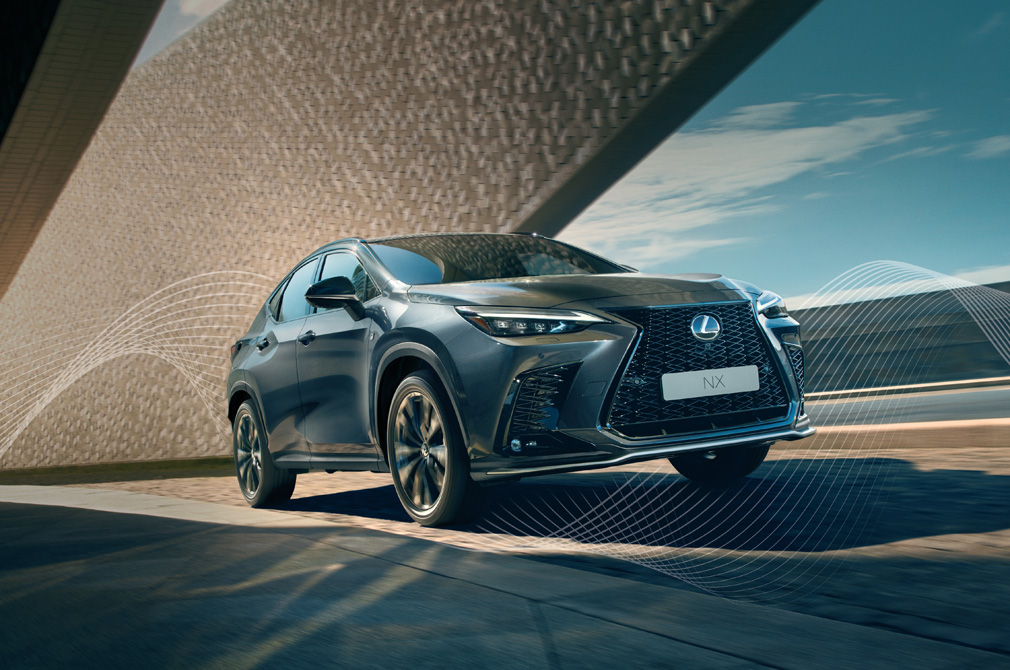 There’s a new Lexus NX is now in town. The model is powered by a 2.5-litre 4-cylinder paired to a hybrid system and e-CVT.

Total system outputs are 240bhp and 239Nm, which enable the NX Hybrid to go from a standstill to 100km/h in just 7.7 seconds.

There are good looks to go with that performance as well. 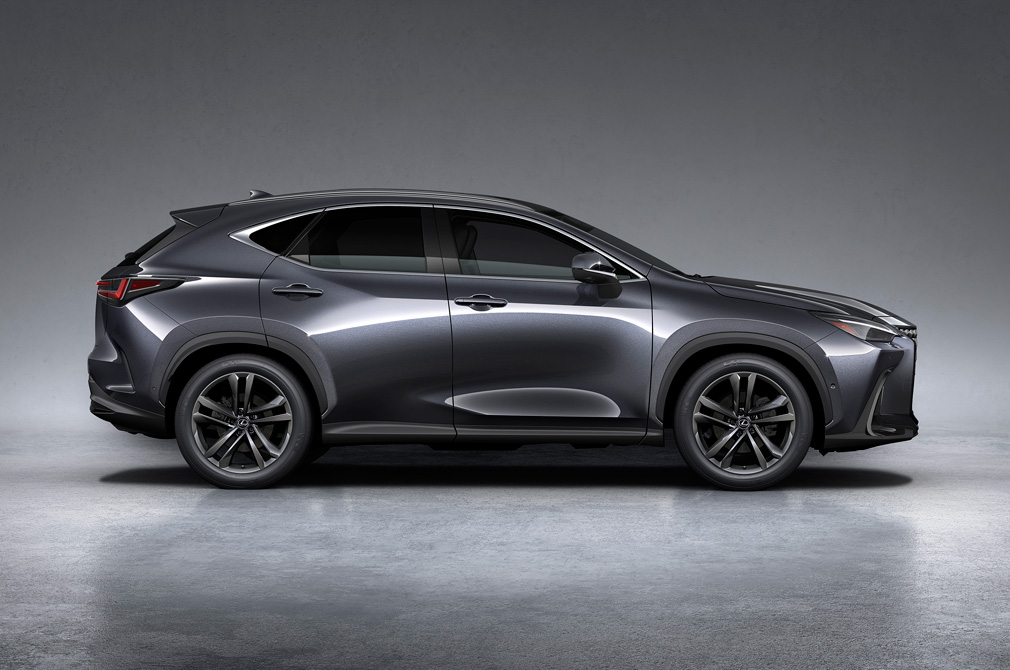 New generation Lexus NX is 20mm wider and longer than before.

Built upon the the carmaker’s GA-K platform, the new Lexus NX is 20mm longer and wider than its predecessor. An extended bonnet and reduced rear overhang help give the SUV plenty of visual forward motion, even when it’s standing still.

The prominent Lexus Spindle Grille adds to the visual mass. More upright than before, its hourglass-shape also delivers more air to the radiator for improved engine cooling.

The split headlight arrangement of the older Lexus NX has been ditched. Now, the L-shaped daytime running lights are integrated with the projectors in a single housing.

The internals of the lighting cluster here have also been darkened to further accentuate the light signature. 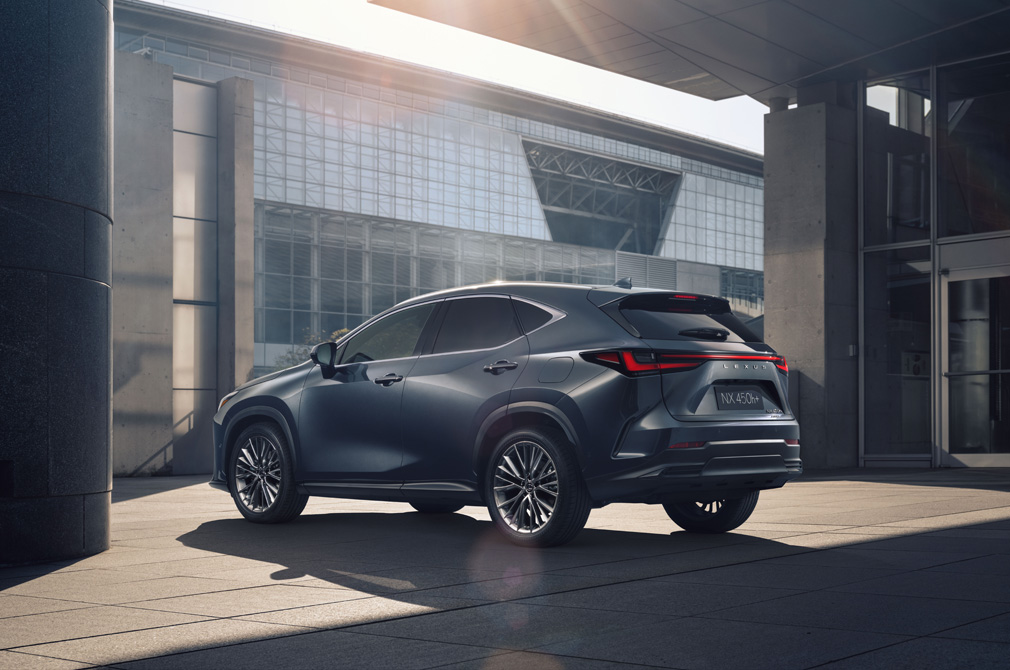 There’s a new full-width light bar at the rear, and a new Lexus badge above the licence plate.

The changes to the rear are more significant. There’s a full-width light bar that stretches across the entirely of the rear, meeting two L-shaped lamps at either corner.

Meanwhile, the previous “L” badge is replaced by a “stretched” Lexus badge above the licence plate.

Inside, you’ll discover a new steering wheel equipped with touch-sensitive switches for controlling the head-up display and instrument cluster.

There’s also a new 14-inch infotainment display. Lexus promises more intuitiveness when navigating the menus, thanks to the selection icons on the driver’s side.

The ambient lighting system in the NX offers a palette of 64 colours, alongside 14 pre-defined themes that can help set the right mood for every drive. 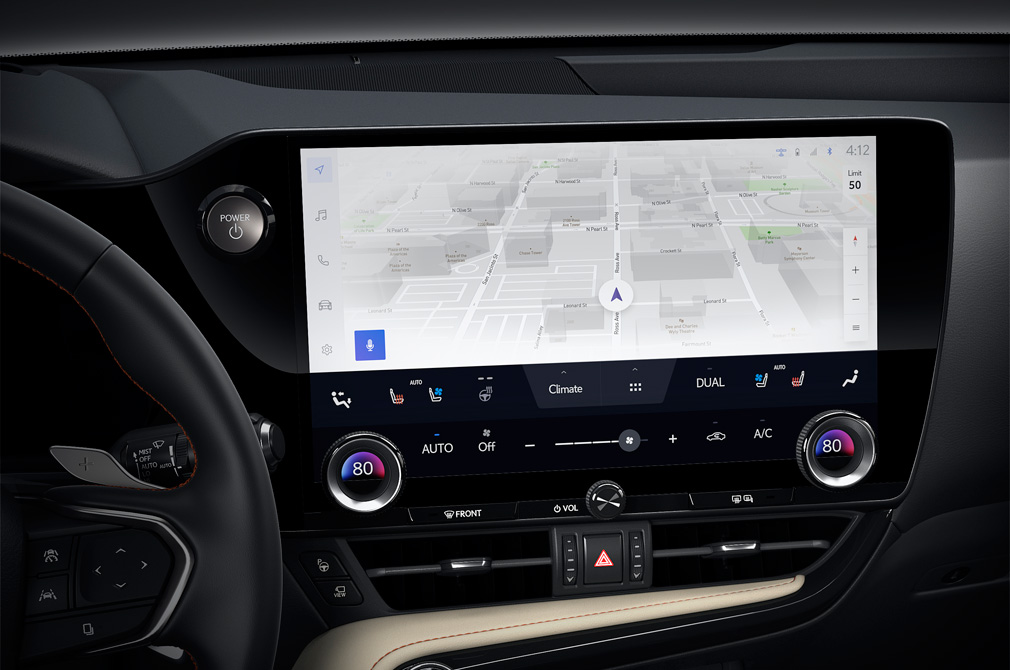 The 14-inch infotainment screen has menu access icons at the driver’s side for intuitive navigation.

Two variants of the Lexus NX Hybrid are currently offered in Singapore.

Opt for the higher “Luxury” trim and you get additional features such as triple projector headlamps, 20-inch dark grey metallic wheels (as opposed to 18-inch rims), as well as open pore wood panels and a panoramic roof.

In Q1 2022, the Lexus NX will also be available as a plug-in hybrid, which combines a 2.5-litre engine with an 18.1kWh battery. Based on the WLTP combined cycle, it has a pure electric range of 76km.

This model, known as the NX450h+, will have F Sport garnishes that include 20-inch alloy wheels, a spoiler on the lower bumper, and front-side garnishes for a sportier impression.

Also set to arrive next year is the NX350 F Sport. This model is equipped with a 2.4-litre turbocharged engine mated to an 8-speed automatic. It will be equipped with all-wheel-drive as standard.

Catch our review of the all-electric UX300e here!