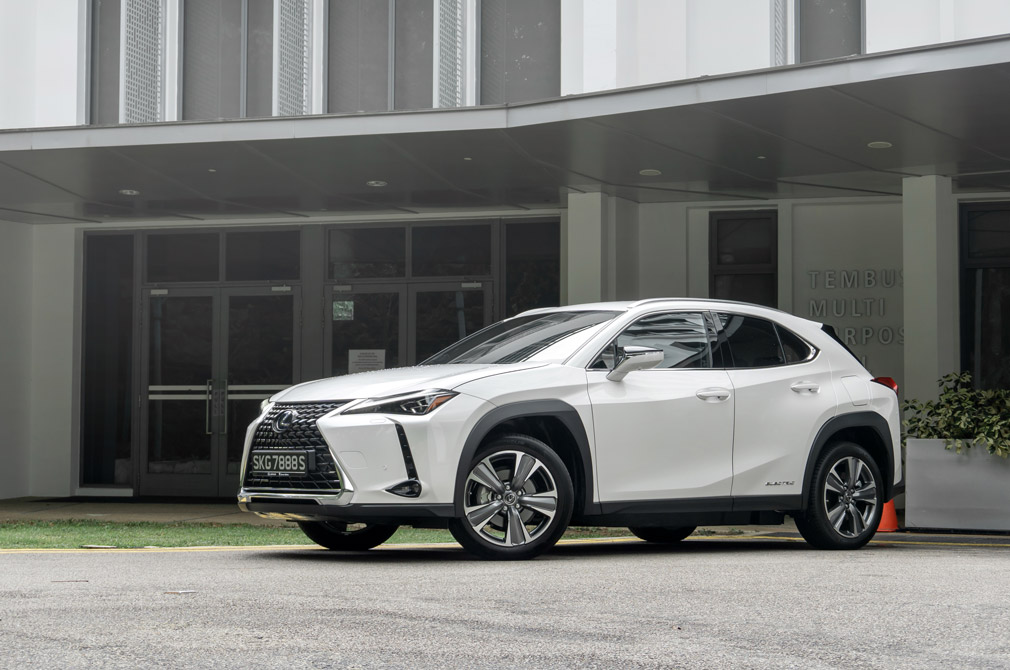 There are some things in life that elicit great harmony when paired.

Such examples include wine and cheese, a good book and a fireplace, or a warm mug of coffee on a cold stormy day.

In the automotive world, electric drivetrains and luxury cars similarly make an excellent duo. Nothing else can elevate the experience of luxury like the quiet whirr of electric motors to whisk you around in quiet solitude.

Which is why electrifying a Lexus makes sense great sense.

As a company already obsessed with giving its customers the quietest cabin this side of a Rolls Royce, dropping an electric drivetrain into a Lexus is a no-brainer – it is the next logical step in eliminating those noisy petrol engines and replacing them with the sound of silence.

And it has been pulled off with great aplomb in the Lexus UX300e.

The first battery-electric vehicle (BEV) from the Japanese automaker, it is a quiet and stylish (and as we shall soon see, rather nippy) crossover based on the original Lexus UX. And for Lexus’ first attempt, the UX 300e is very good. 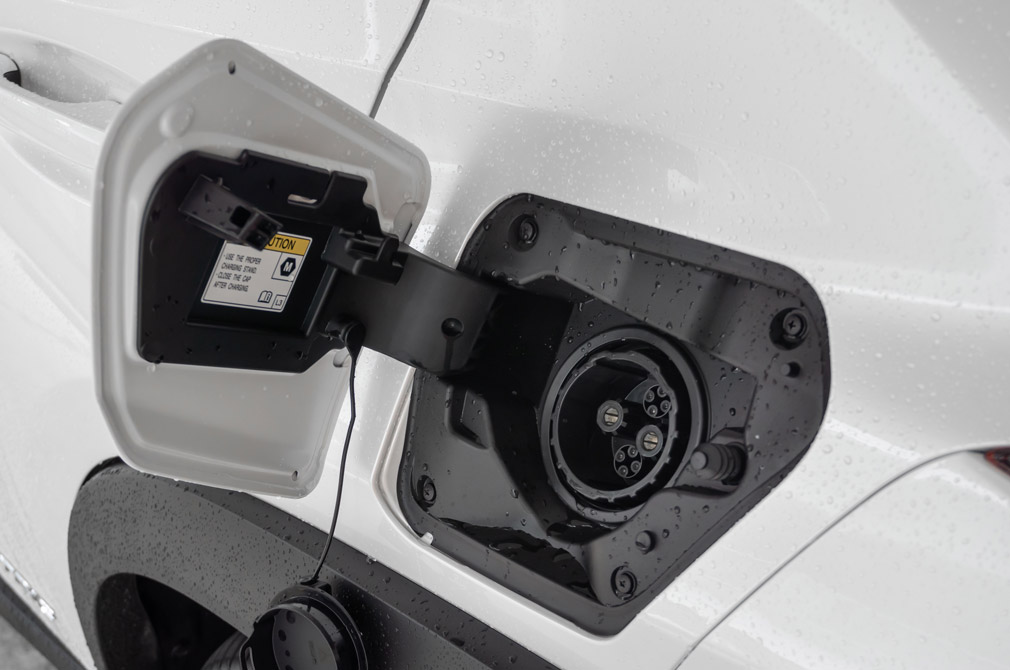 You’ll need to install your own CHAdeMO charger in order to quick-charge the UX300e.

Externally, nothing much differentiates it from the original UX, but a closer inspection reveals two charging flaps at the rear (one on either side of the car).

The right one houses the Singapore-standard Type 2 alternating-current (AC) charge outlet. It charges the car at 6.6kW from a wall box, which Lexus says can top off the 54.3kWh battery in eight hours.

The left flap houses a faster direct-current (DC) CHAdeMO (short for CHArge de MOve) outlet. As CHAdeMO is not a national EV charging standard, you will need to install your own if you want faster charging.

Slip into the ventilated leather driver’s seat and you are greeted with the same dashboard found on the UX, presumably to not scare drivers off with something too futuristic.

How similar? Even the “fuel” gauge is the same, showing “E” and “F”. Here, a designer at Lexus clearly has had a bit of fun – the fuel pump icon now cheekily ends in an electric plug instead of a fuel nozzle. 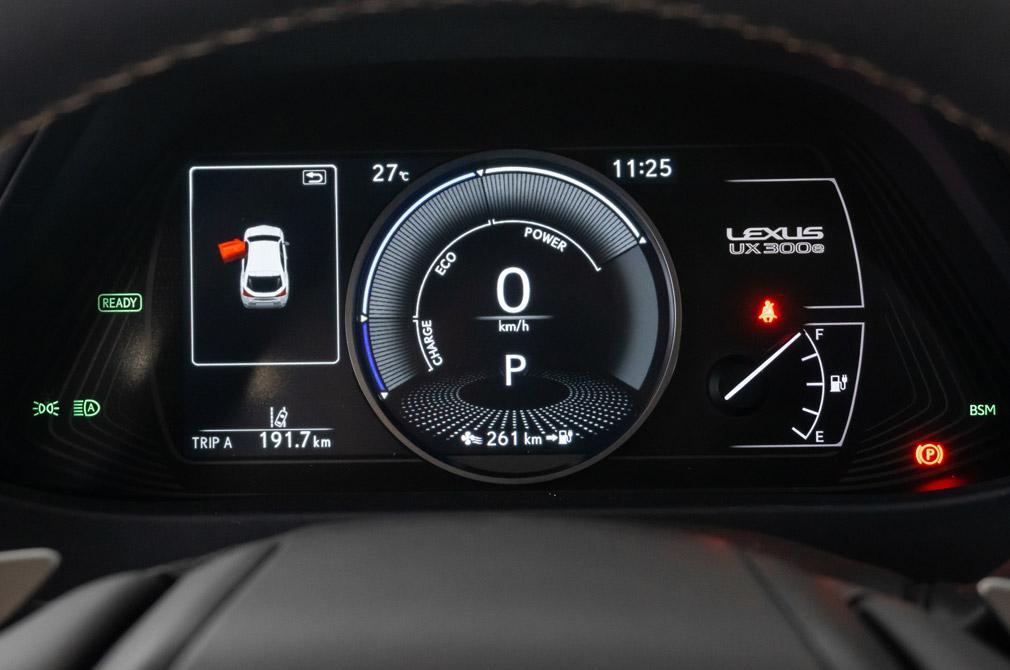 As you sit down low, taller folk might need to make some compromises as there isn’t much height adjustment in the steering column, so drivers around 1.78m might find their left elbow brushing the centre console rather often.

Techie bits in the cockpit include Apple CarPlay and Android Auto that you can access on the 10.3-inch infotainment unit, which is sadly the older version with no touchscreen. As the RX has already been fitted with a touchscreen in the facelift, improvements here could be forthcoming.

Something less obvious are the illuminated air-con vent knobs (also found in the original UX). Wires to the lights could easily break with the constant movement of air vents, so power is actually wirelessly transmitted to the blue lights using magnetic resonant coupling. The more you know! 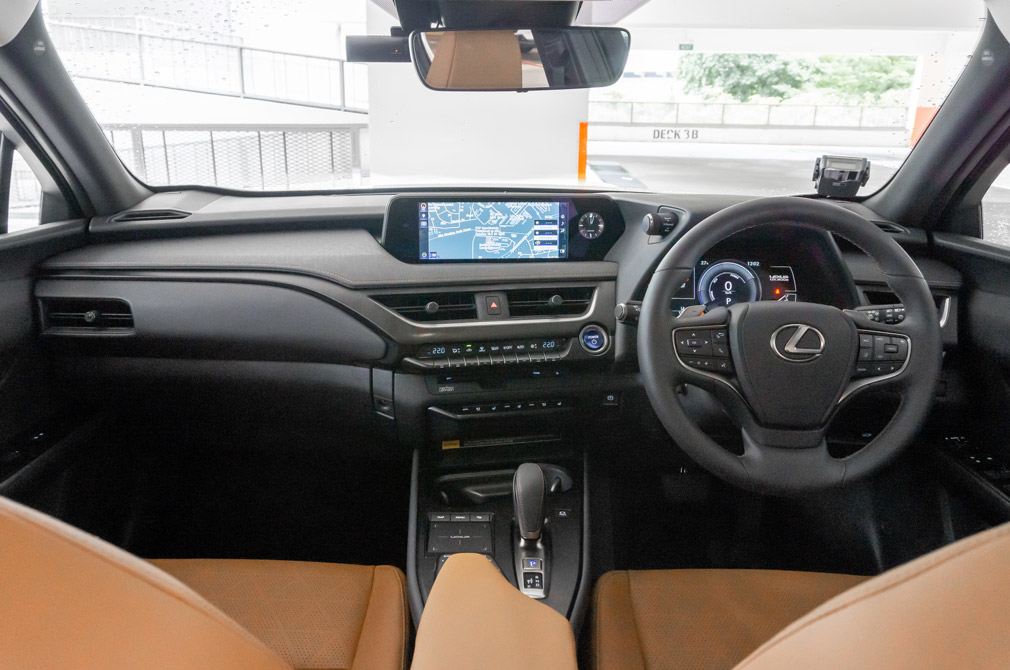 Press the blue start button and you are greeted with… silence. This is a very quiet car. In the absence of a petrol engine, drivers will inevitably notice other things, so Lexus has applied even more insulation to the UX300e that suppresses outside noise and the electric motor.

The result is a cabin so noiseless that the only thing I could hear at one point were bubbles popping in the fizzy drink in the cupholder.

Apart from the seamless acceleration common to EVs, everything about driving the UX300e feels completely normal. As mentioned earlier, extra care seems to have been made to offer a driving experience not dissimilar to a petrol car’s.

With a single permanent magnet synchronous motor putting out 201hp and 300Nm of torque through the front wheels, the UX300e’s behaviour is perky for a 1.8-tonne car.

Lexus engineers have tweaked the suspension spring and damper rates to presumably accommodate the heavier battery, but ride comfort does not suffer much and the UX300e still offers a very comfortable ride. 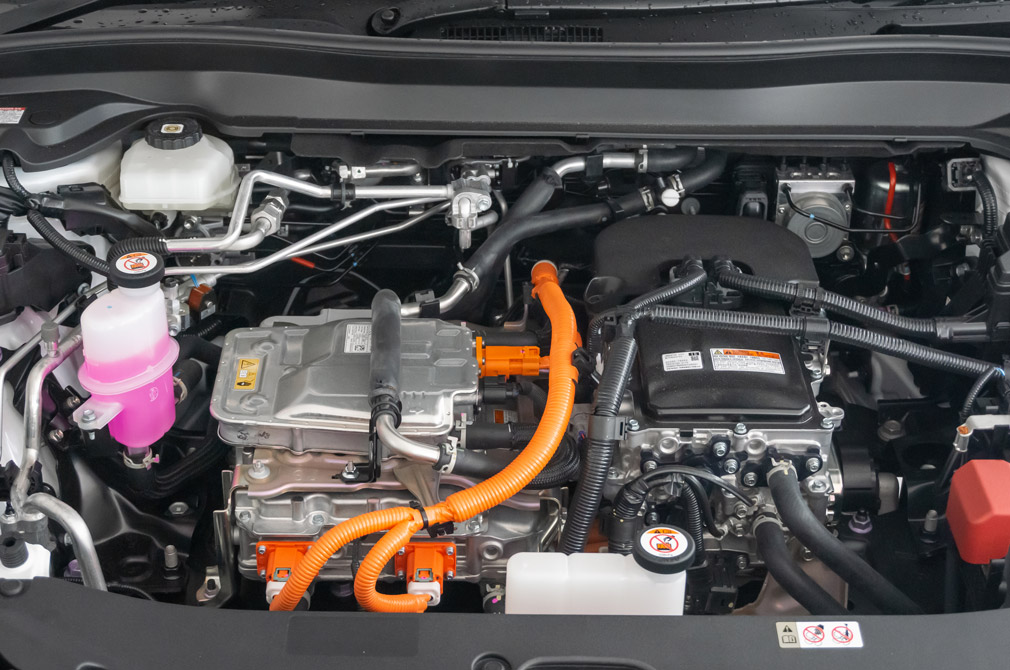 Electric motor’s 201hp and 300Nm give the UX300e a very perky disposition.

It’s also very responsive to helm inputs thanks to light steering – which also makes it easy to park – and a low centre of gravity from the heavy battery pack.

After a 121km test drive across city and expressway driving, the total consumption averaged 18.3kWh/100km – or according to the “fuel” readout, down half a tank – not far from the official figure of 15kWh/100km.

Lexus quotes up to 300km of range, but in reality you should deduct about 10 percent from that.

For their first BEV, Lexus has done very well here with the UX300e, and it only portends well for their future LF-Z Electric concept, built on an all-new EV platform.

But at nearly a quarter of a million dollars – which is $50k-$60k more than the petrol UX variants – the compact UX300e is pricey. The fact that it isn’t very long-legged also hurts its value.

However, it is still cheaper than other similarly premium electric cars, and factoring in its poise and refinement, could make it ideal for those who are looking for a compact and luxurious EV that still looks sharp.

It also comes with a staggering 8-year/200,000km warranty, which also covers the high voltage battery. Owners also get free charging at the Lexus Boutique and a Lexus Hybrid courtesy car when needed.

Taken together, the UX300e is a quiet revolution indeed. 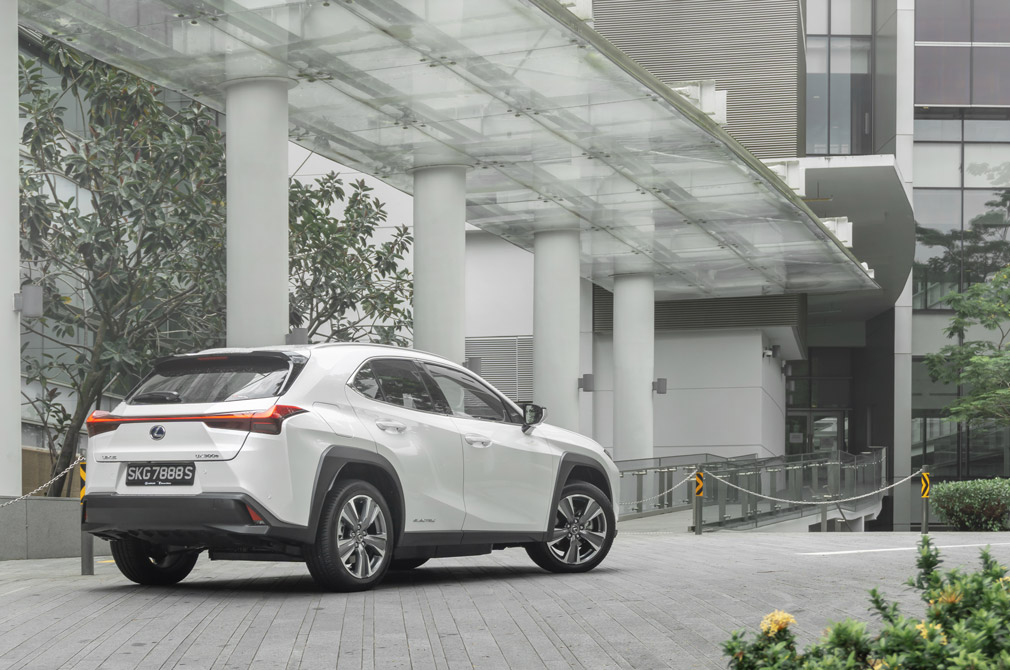 Find out more about the Lexus UX300e here
Looking for an electric SUV? Click here for our Audi e-tron review