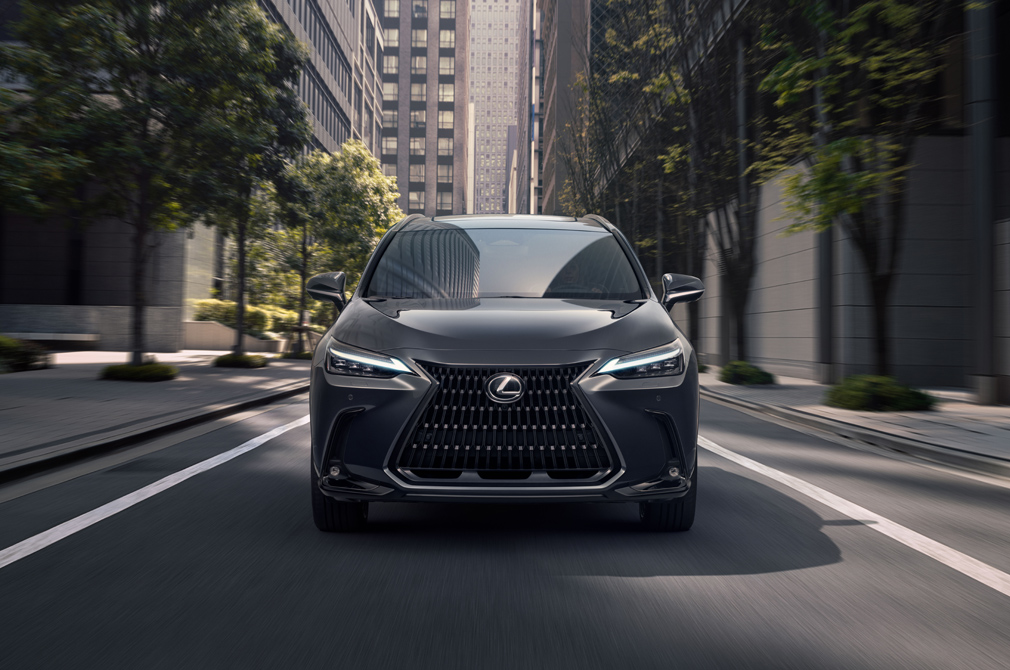 Up front, the Lexus NX gets an extended bonnet alongside a vertically raised grille to strengthen the car’s road presence.

Said grille has also lost its chrome frame for simpler assembly and reduced weight. The headlamps of the Lexus NX are also now black to accentuate the L-shaped daytime running lights. 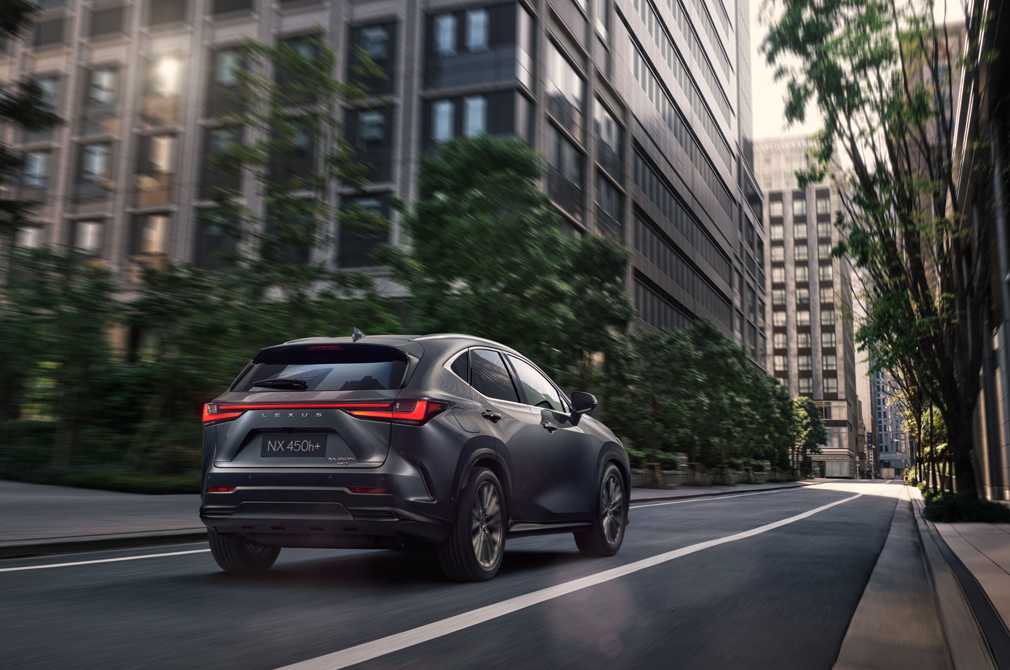 The Lexus NX gets a new revised brand mark on its rear hatch.

And for the rear combination lamps, an elongated light bar located across the center of the vehicle now combines with the lamps on the left and right.

They flank a revised brand mark, now placed in the center of the rear hatch.

On the handling front, the newly developed NX gets MacPherson struts in front and what Lexus describes as a trailing arm, double-wishbone design in the rear.

The new steering system enhances the stability of the NX at high speeds while enabling quick cornering response. And for braking, a new ergonomically-shaped brake pedal has been developed.

The pedal is said to allow for easier switching between pedals and easier brake pedal depression. 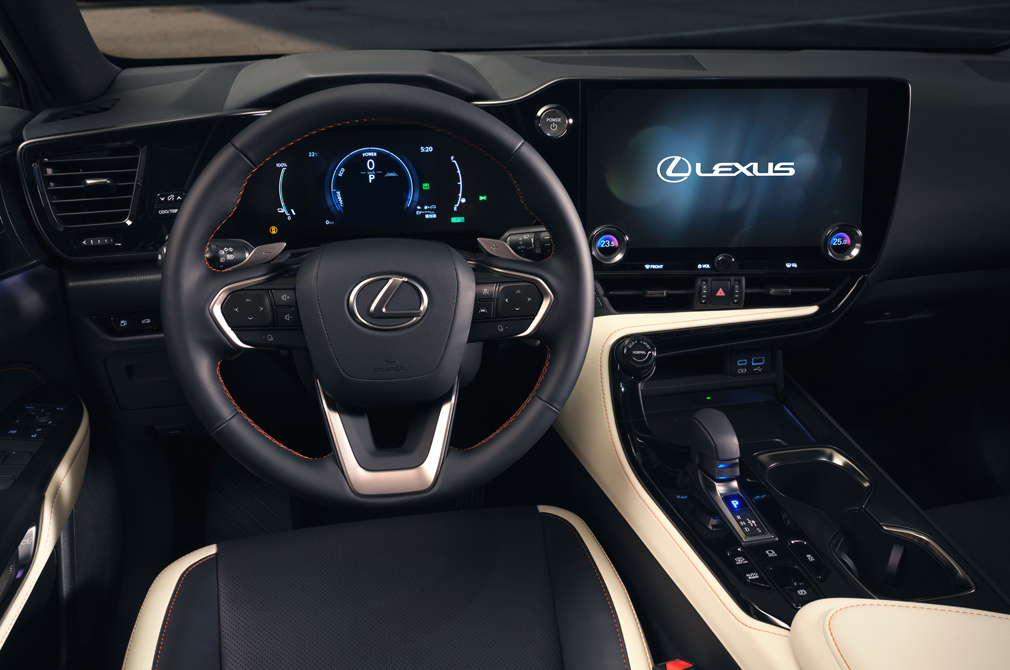 The NX gets a new steering wheel with a smaller boss and redesigned spokes.

Over-body air-flow over the new Lexus NX has also been optimised throughout. On the underside of the vehicle, the NX utilises dimples in the underbody engine splash shield for heightened stability at high speeds.

The front bumper has also been shaped for improved air-flow and downforce, and the rear bumper has an opening to balance rear suspension movement.

Lexus has also optimised the sound-absorbing and sound-insulating materials in various parts of the vehicle to reduce noise entering the cabin.

Inside, the Lexus NX has a new cockpit design based on the Tazuna Concept, Lexus’ new human-centered philosophy.

This design concept aims to enhance the joy of controlling a car by enabling better communication between the driver and their vehicle. 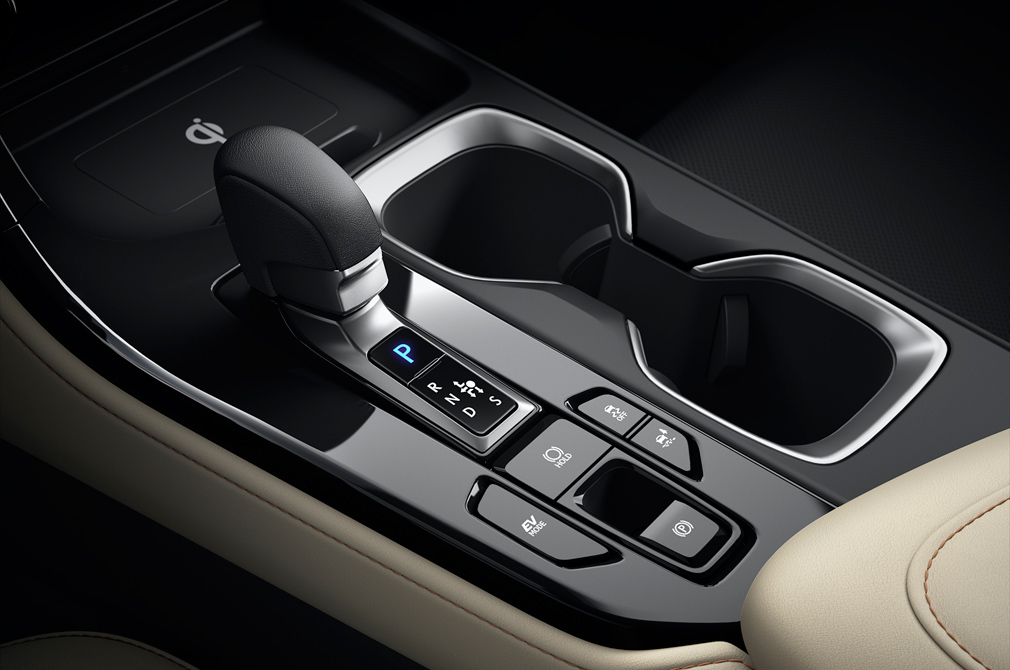 The NX also gets a new fly-by-wire gear selector.

At the centre of the cabin rests a 14-inch touch display, while in front of the driver is a newly developed steering wheel with a smaller boss and new spoke design for a sportier feel.

A new shift-by-wire gear selector lever has also been developed for the NX.

Three engine options are being offered with the new Lexus NX.

The plug-in hybrid drivetrain will use a 2.5-liter inline-4 engine, along with an 18.1kWh lithium-ion battery, and front and rear electric motors.

A 2.5-litre hybrid will also be available, alongside a turbocharged 2.4-litre unit that will be paired with a newly developed 8-speed automatic gearbox.

An F Sport Lexus NX will also be available, sporting special 20-inch alloy wheels, a spoiler on the lower bumper, and front-side garnishes for a sportier look.

Read our review of the Lexus IS hybrid here!
Or if you’re into Lexus crossovers, there’s also the all electric UX300e to consider!
Click here to discover Lexus Singapore’s model range