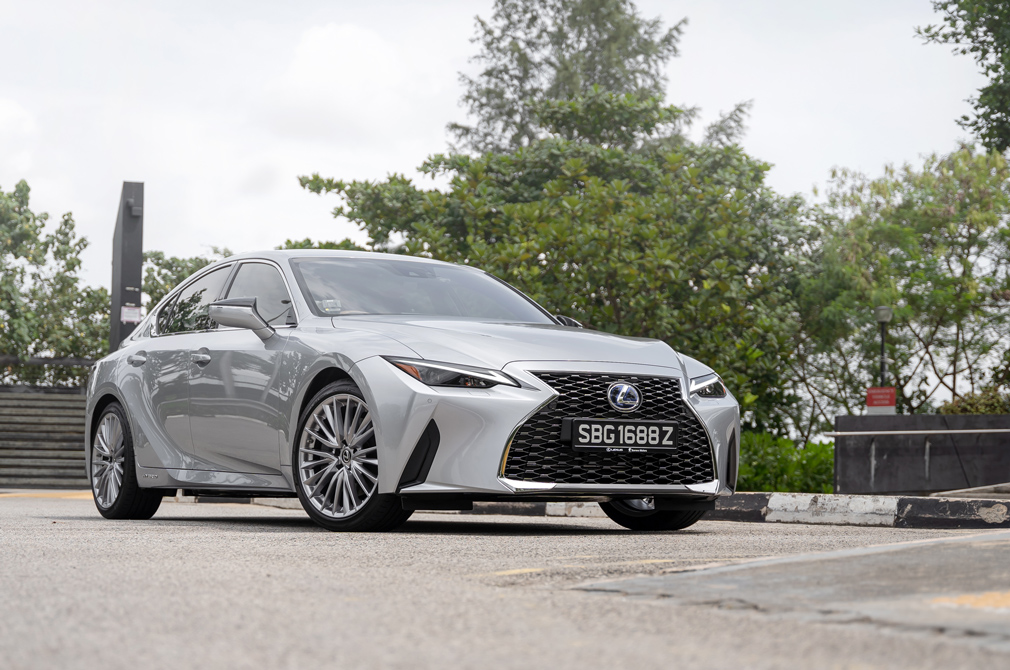 If traditional thinking was to prevail, then all hybrid cars should be slow. In fact, anything touted as eco-friendly should be lacklustre to drive.

Thankfully, most automobile manufacturers do not subscribe to this philosophy. Driving a more efficient car might mean sacrificing some performance, but it should not also be at the expense of driving fun.

Indeed, some carmakers have gone as far as to ensure that their “green” models are in fact high-performance vehicles that are also capable of being driven in pure electric mode.

The S60 Recharge, for instance, is a plug-in hybrid that can travel up to 40km solely on electric power. But with 402hp, it is also Volvo’s quickest and most powerful model to date.

Lexus, however, took a more balanced approach when it updated the IS300h Hybrid. The petrol-electric model has become surprisingly less efficient, but more rewarding to drive. 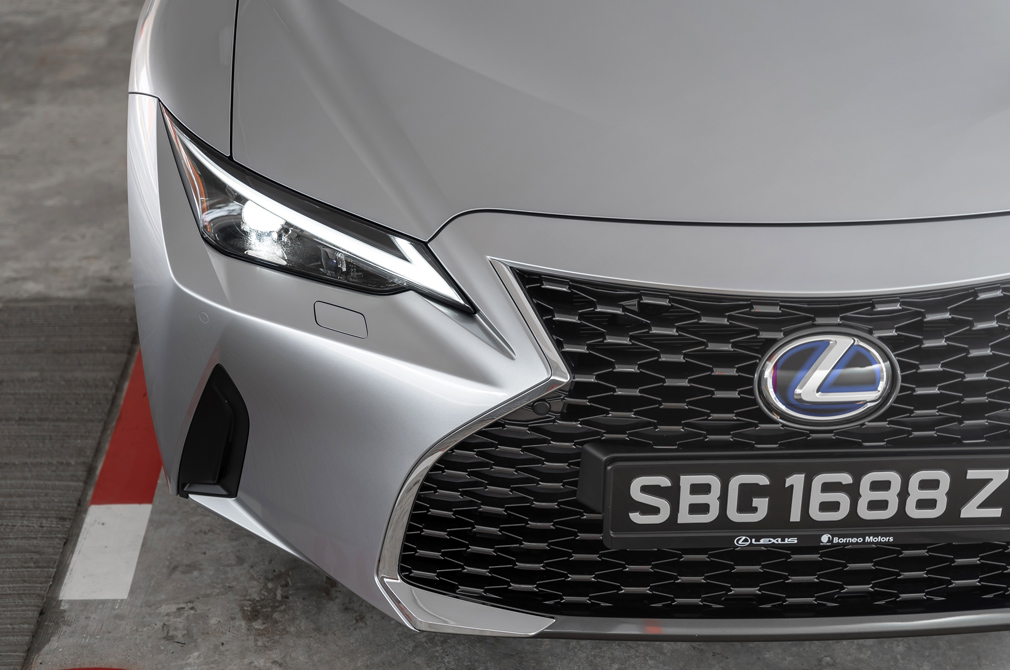 Lexus models are now just as known for their designs as they are for their refinement, performance, and reliability.

The facelifted Lexus IS300h looks even sportier than before. Its grille is wider, the headlights are sharper, and the body is more chiselled. Colleagues have said that this car looks aggressive, and they are not wrong.

Get behind the wheel and you will be as ensconced as if you were in a sports car. The driving position is spot on and the controls are at your fingertips. Everything feels intuitive.

Speaking of fingertips, you will be using them on the IS300h’s new 10.3-inch touchscreen display. Though no longer integrated with the dashboard, this new screen is 5.9 inches closer to the driver for easier reach.

Surprisingly, the annoying trackpad is still present. Lexus probably still must provide options to cater to as many drivers as possible. But who would bother with it now?

The rest of the cabin is typical Lexus. In other words, the IS300h is a superbly-built car, with well-weighted controls and numerous soft-touch surfaces. The deep-pile carpets feel luxurious, too. 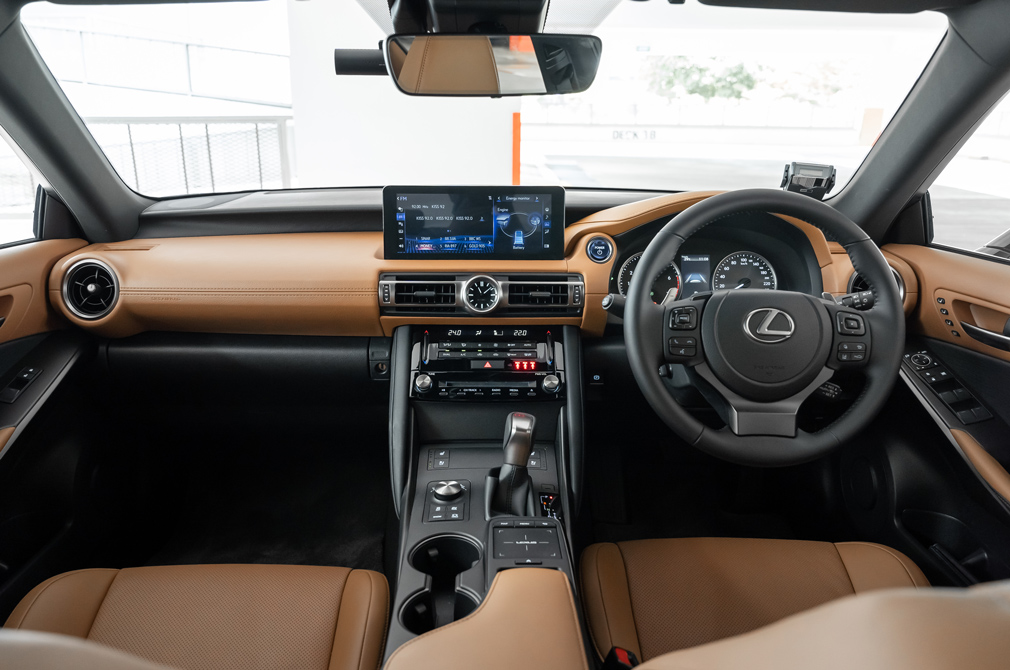 The updated Lexus IS300h still has the same drivetrain as its predecessor – a naturally aspirated 2.5-litre inline-4 paired to an electric motor. Power is sent to the rear wheels through a continuously variable transmission (CVT).

In terms of power, the latest IS300h has slightly fewer ponies than before. Total system output is 219hp versus 223hp in the preceding model. Fortunately, the century sprint time of 8.5 seconds remains unchanged.

The car’s fuel efficiency has also taken a dip from 20.4km/L to 18.5km/L. I expected it to improve, since a reduction in power usually results in more fuel savings.

EVEN BETTER DRIVE, THOUGH

If all-out efficiency is what you seek, then the Lexus IS300h is not for you. Over three days, I managed a combined consumption figure that ranged from 13.5km/L to 14km/L.

But if you want a swanky hybrid that drives as well as it looks, this is a contender.

Like the IS300 tested earlier, the IS300h has had its handling honed. Its nose eases into corners with more confidence than before, with the tight chassis helping the car flow from one bend to another.

Though not as precise as a BMW 3 Series or its IS300 sibling, it is better than its predecessor. 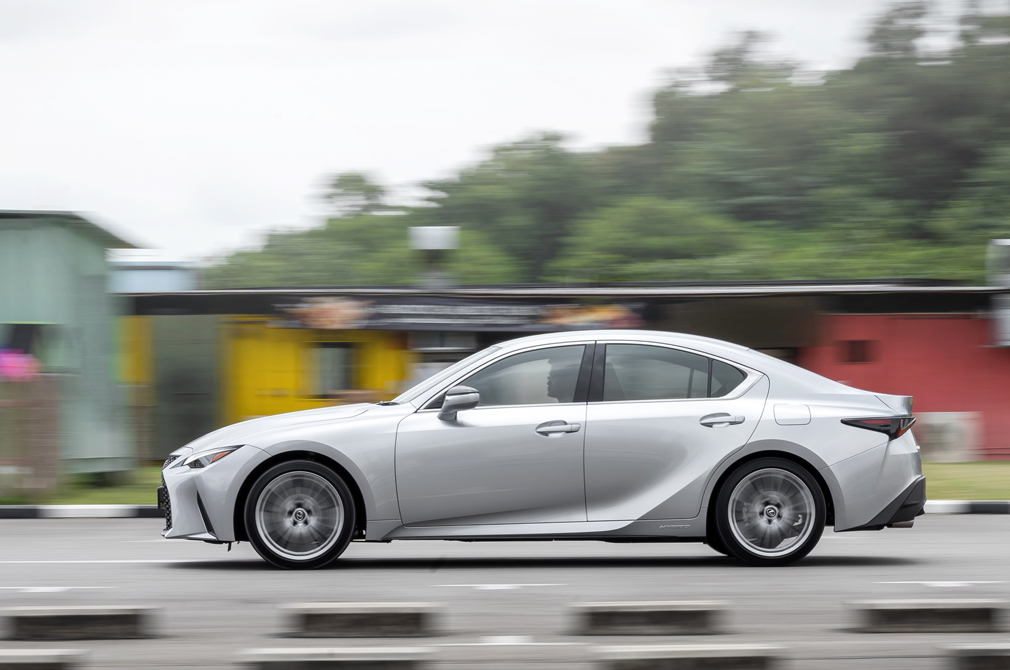 Revving the IS300h is a pleasure, too. Instead of the dreaded CVT drone and “clutch slip” sensation, the gearbox is quiet and feels precise. This is a hybrid that you want to keep driving.

The fly in the ointment is the Lane Tracing Assist, which cannot be completely switched off.

Like a hypervigilant nanny, it is quick to intervene the moment the car even starts deviating from the centre of the lane. It is particularly annoying when driving on merging lanes.

In an interesting twist, the Lexus IS300h has become less frugal but more drivable after a major update.

You would expect Lexus – and parent company Toyota – to always prioritise efficiency when it comes to hybrids. But this is not the case here. And that is a good thing.

Some will opine that this does not make sense, given that the car is a hybrid. And in theory, they would be right.

But if a car were to be focussed on fuel efficiency and environmental friendliness alone, then it should not even exist. But a hybrid that is nice to drive can result in more drivers adopting it.

In this way, the Lexus IS300h could actually be fulfilling its eco-friendly purpose. 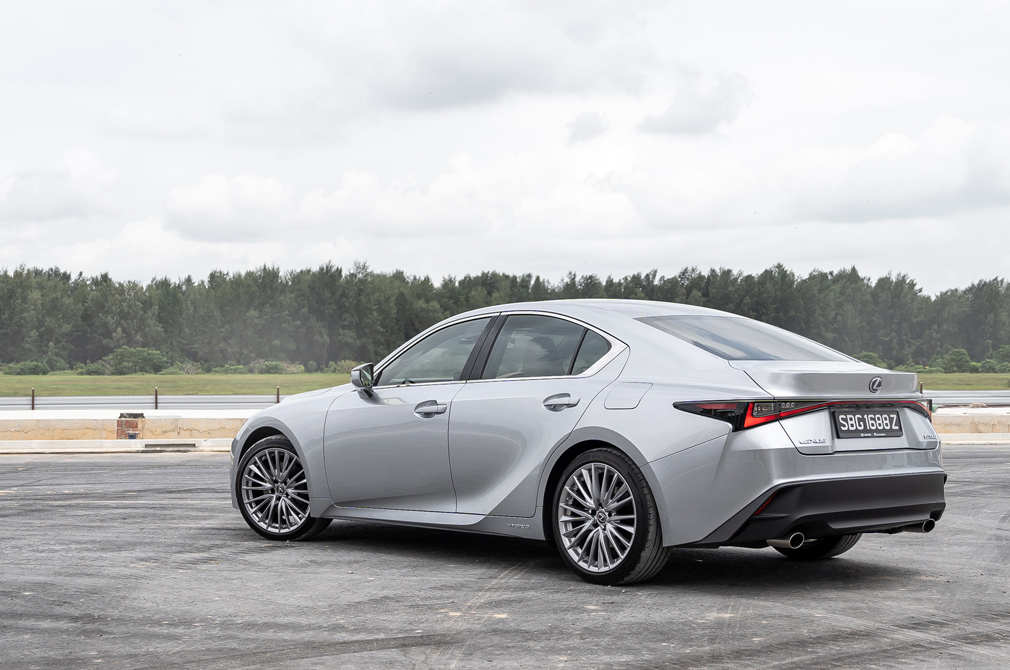