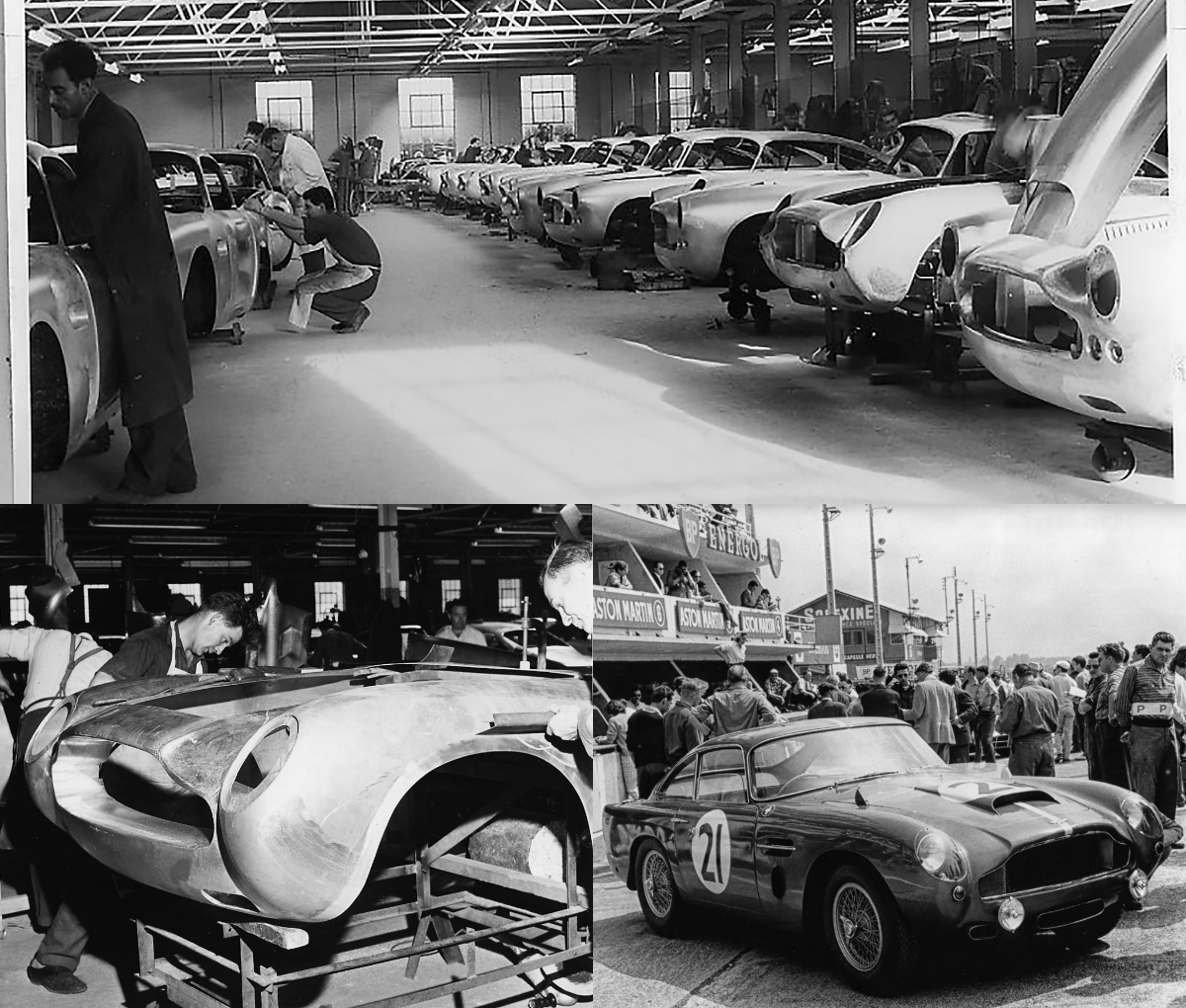 Aston Martin stunned the world when it first unveiled DB4 in 1958, which was the British brand’s first true Grand Tourer and the first in the magnificent trilogy that included DB5 and DB6 and secured the marque’s position in the hall of automotive fame.

Sixty years ago, Aston Martin stunned the world when it first unveiled DB4 in 1958. DB4 was the first in the Aston Martin trilogy that included DB5 and DB6, a series of three magnificent cars that secured the brand’s position in the hall of automotive fame.

Handcrafted at Aston Martin’s Newport Pagnell facility, DB4 was the brand’s first true Grand Tourer. It was an entirely new car with the platform chassis, disc brakes and 3.7-litre straight 6-cylinder engine developed especially for the DB4 – quite an achievement for a highly regarded but small British manufacturer.

The evolution of the DB4 was gradual but constant, with each “Series” categorising individual changes to design or engineering performance. In 1959, the DB4 GT was introduced, following on from its DB4 GT prototype forefather, DP199, that was raced by Sir Stirling Moss at Silverstone and winning its first ever outing at the BRDC race in 1959.

With bodywork made of thinner aluminium, the wheelbase reduced by 130mm, the engine tuned and the rear seats removed on all but a few examples, the DB4 GT enjoyed a long and distinguished career on the racing circuit.

The DB4 GT Zagato is regarded by many as one of the most beautiful cars of all time. Each DB4 GT rolling chassis was sent over to the Zagato factory in Milan, Italy, where it received a lightweight body designed by Ercole Spada, creating the distinctive design. Raced at Le Mans, the factory only ever planned to produce 25, with only 19 cars completed. Due to its relative scarcity, the DB4 Zagato is considered one of the most desirable Aston Martins ever built.

Aston Martin president of the UK and South Africa, Phil Eaglesfield, said: “Beauty, performance and quality are still central to Aston Martin’s ethos as a brand, something that was initiated by David Brown and something which we still exemplify. We continue to produce cars with the famous DB initials and the DB11 Coupe, DB11 Volante and DBS Superleggera that exist on our current range carry the same characteristics as their predecessors. We create cars with genuine passion that sit side by side with the iconic vehicles of our past.”