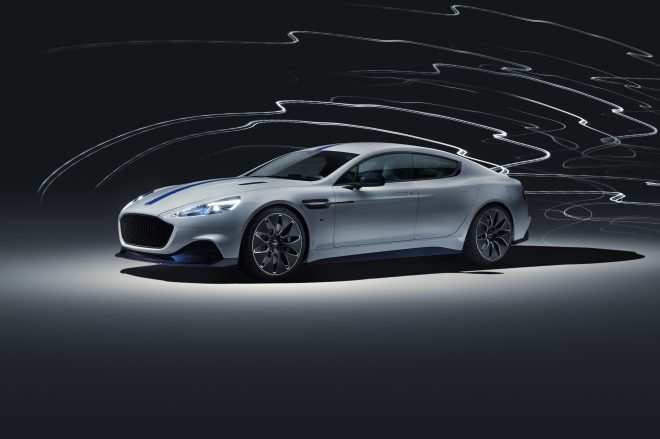 Unveiled by Aston Martin executive vice-president and chief creative officer Marek Reichman at the Shanghai motor show, the Rapide E is a “pivotal model” for the luxury marque.

It will be the first car to be built at Aston Martin’s St Athan production facility and was co-developed with Williams Advanced Engineering (WAE).

The Rapide E will not enter series production: Aston says it is a special edition with a production run strictly limited to 155 units.

“Traditional metal vanes give way to a striking honeycomb front grille. With lower cooling requirements demanded of the EV powertrain, Aston Martin’s aerodynamic engineers have been given the freedom to optimise the aperture of the frontal area, minimising airflow through the car’s body, improving the car’s aerodynamic efficiency and increasing range as a result,” Aston Martin said of the Rapide E in a press statement.

The Rapide E is powered by an 800V electrical architecture battery – encased in carbon fibre and Kevlar casing – with a 65kWh installed capacity using over 5600 lithium-ion 18650 format cylindrical cells. 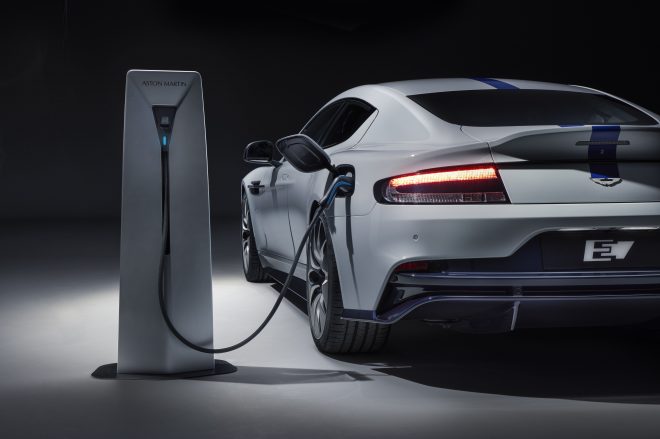 The battery powers two rear-mounted electric motors producing a combined output of just over 600hp and a colossal 950Nm of torque.

According to Aston Martin, the Rapide E has a WLTP-tested range of over 322km.

For destination charging, the car has an onboard AC charger that recharges the battery in as little as 3 hours. 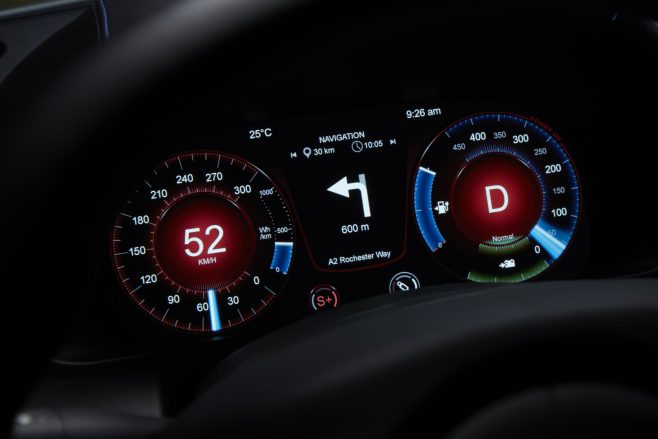 Aston Martin says these figures are not restricted to a narrow window of battery charge or climatic conditions: the Rapide E can deliver its performance in a “consistent and repeatable way” as would be expected from a traditional Aston Martin product.

This includes the ability to drive a full lap of the Nürburgring with no performance derating of the battery or the motors, the company pointed out.

The Rapide E features a re-designed underfloor which streamlines airflow from the front splitter through to the Rapide E’s new larger rear diffuser – a feature dedicated to aero efficiency due to the removal of the exhaust system required before.

Those changes mean the Rapide E has an 8 percent slipperier through the air compared with the internal combustion model. 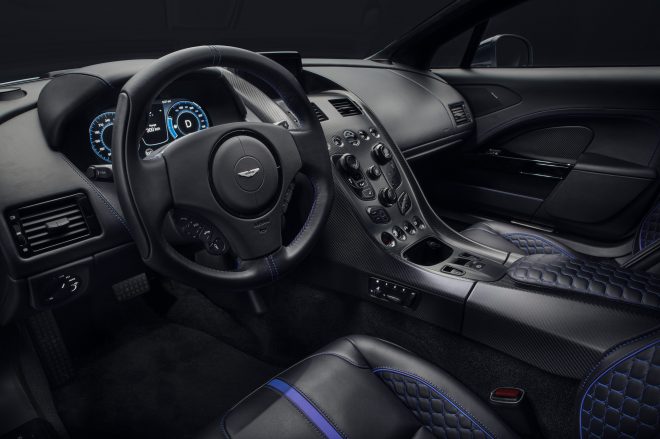 Inside, a 10-inch digital display now sits in their place, delivering all key information to the driver while on the move including the battery’s state of charge, current motor power levels, regenerative performance and a real-time energy consumption meter.

Carbon fibre features extensively throughout the cabin to reduce weight.

The Rapide E is available to order now, with prices available on application.