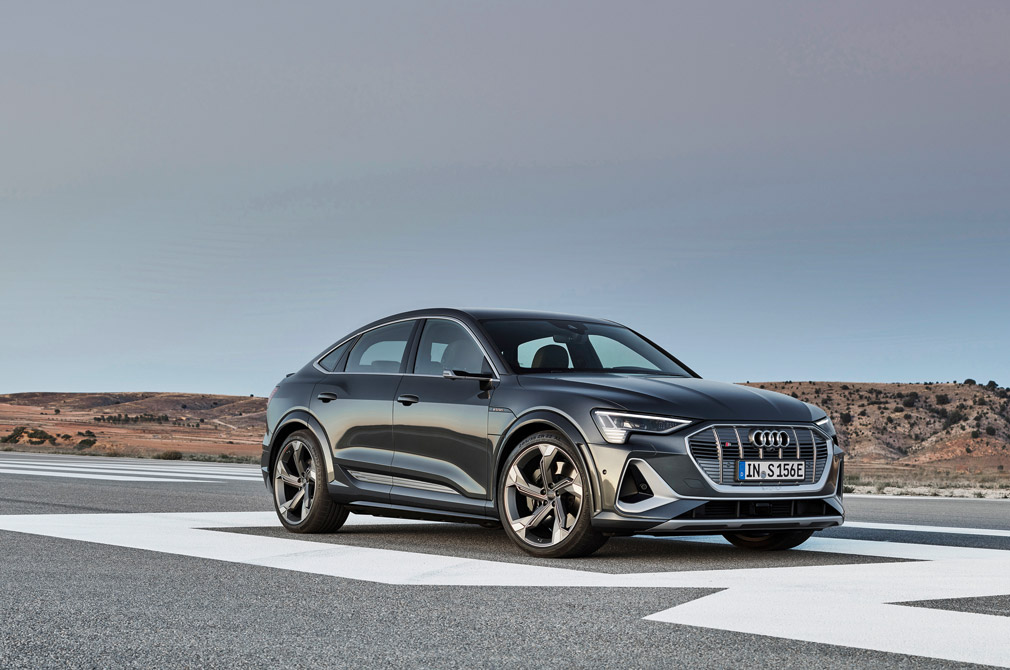 Audi’s first electric model, the e-tron SUV, is a major milestone for the carmaker, but it was soon overshadowed by the sportier (and flashier-looking) e-tron GT and RS e-tron GT models.

The e-tron Sportback livened up the range, but the e-tron itself did not have a high-performance variant until the e-tron S Sportback arrived.

Unlike the “regular” e-tron models, which have dual motors, the e-tron S has three – one on the front axle and two on the rear axle. Audi says it is the first-ever production EV with triple motors.

The vehicle’s quattro all-wheel-drive is also enhanced with electric torque vectoring. Instead of using a differential, the three motors send their drive torques directly to the single-speed transmission. 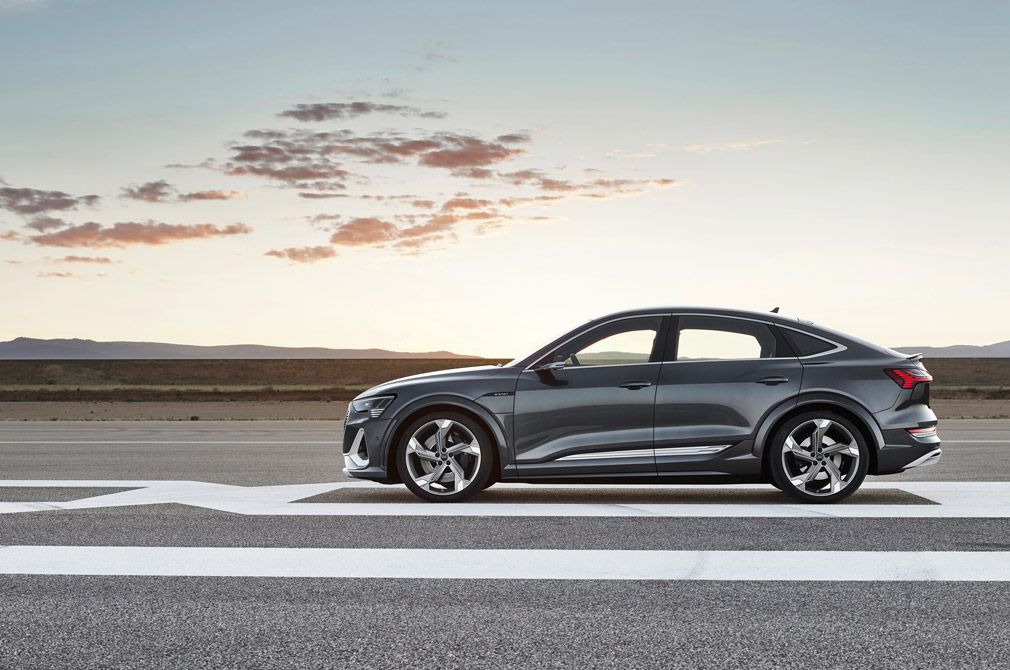 The outputs are regulated in milliseconds, and Audi says the system can handle “very high drive torques”.

This drivetrain is also the most powerful one ever fitted to an e-tron SUV model. In regular conditions, the three motors produce 429hp (320kW) and 808Nm.

In boost mode, which is available for a maximum of eight seconds, up to 496hp (370kW) and 973Nm are available. The e-tron S Sportback does the benchmark century sprint in 4.5 seconds and has a top speed of 210km/h.

Compared to the e-tron Sportback, the S model has 23mm wider wheel arches, and silver attachments to the front and rear end. Aluminium wing mirror housings are standard, and parts of the body’s lower section can be optioned in a contrasting colour.

Also optional are the virtual exterior mirrors that are comprised of digital cameras that send the feed to displays found in the interior.

To achieve a drag coefficient of 0.26, the e-tron S Sportback utilises a controllable cooling-air inlet with ducts for cooling the front brakes. These ducts remain shut as often as possible to reduce turbulence over the bonnet. 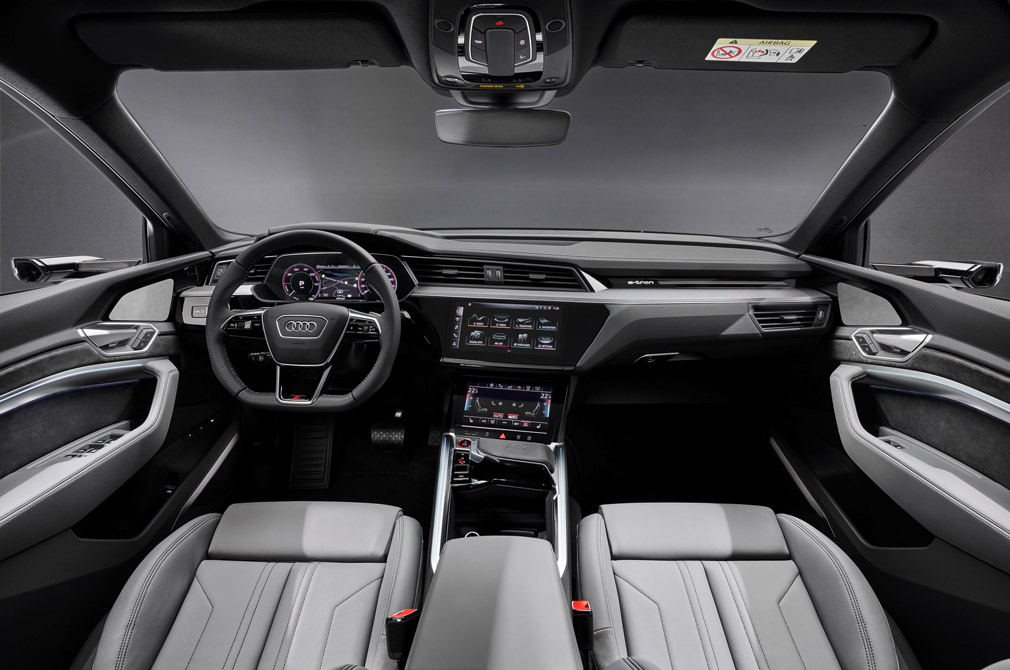 The e-tron S Sportback’s suspension has S-specific tuning, and the drive select system offers seven driving profiles. Equipped with adaptive air suspension with regulated damping, the level of the vehicle’s body can be varied by up to 76mm, depending on driving conditions and settings.

Standard equipment also includes 20-inch wheels, with 21-inches offered as an option. Later, 22-inch rims will be made available.

Behind the wheels are large brake discs, featuring 6-piston callipers in front and fist callipers at the rear. The callipers come in black, but owners can specify them in bright orange with the “e-tron” logo.

Prices for the e-tron S Sportback currently start from $478,250 with COE. 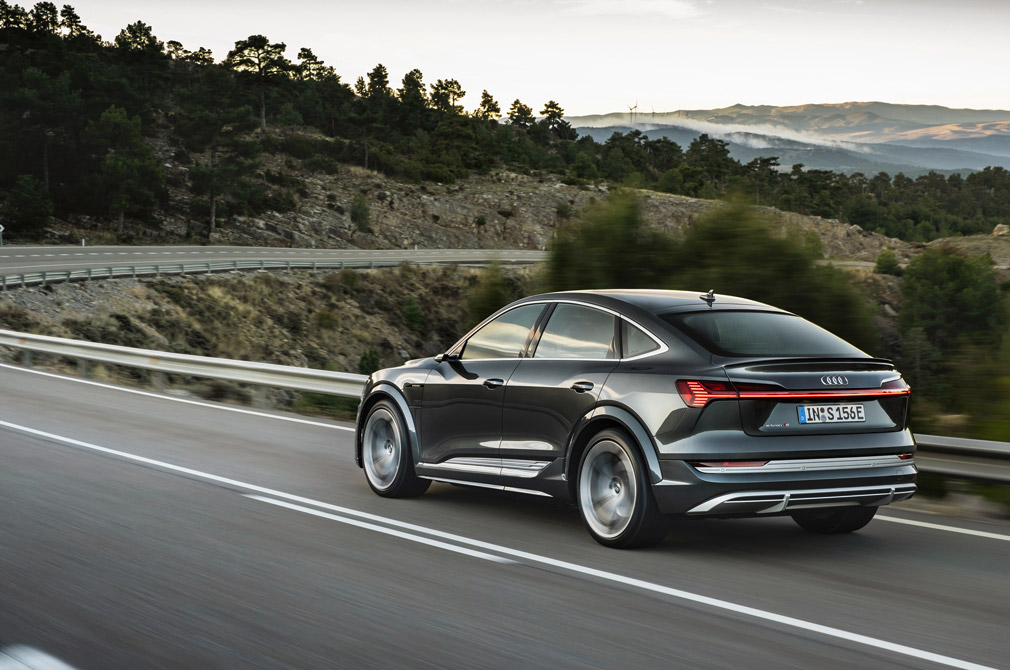