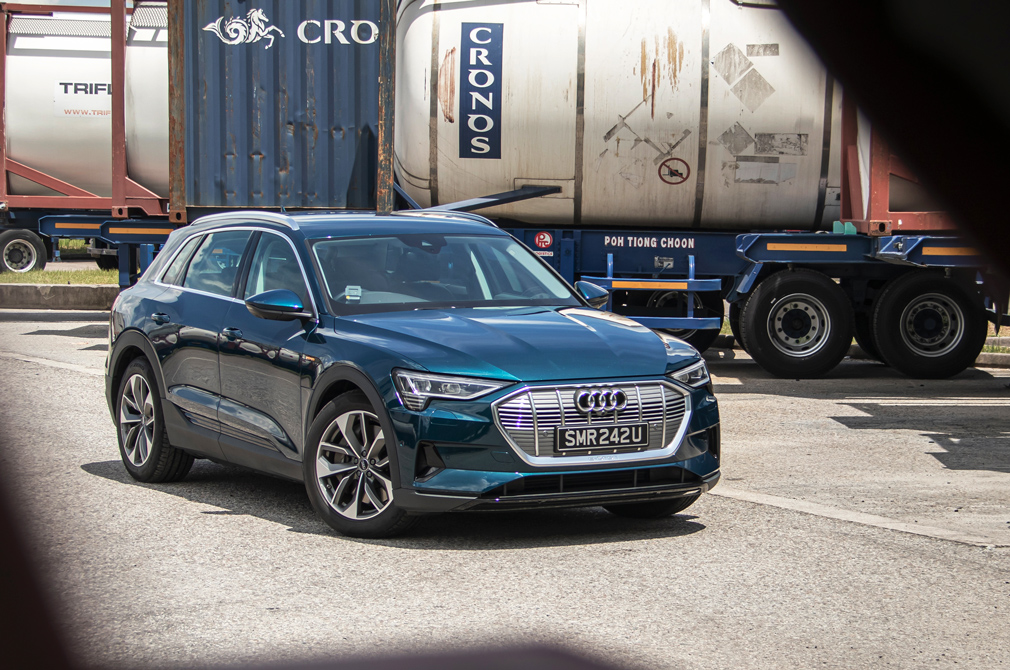 When Audi announced that its first production electric model would be called the e-tron, I pictured a car that belonged on the set of a Tron movie.

But instead of looking like a futuristic sci-fi machine with covered wheels and an illuminated outline, it is… an SUV. And it doesn’t look particularly special.

From afar, it resembles a cross between the Q5 and the range-topping Q8. But it is no “Q6”, as it is almost similar in size to the latter.

Despite being an SUV, the e-tron sits lower to the ground compared to its other Q siblings. If not for its size, it would seem more like a crossover than a sports utility vehicle.

Like all electric cars, the Audi e-tron features a blanked-out grille, which actually incorporates a pair of air ducts for brake cooling.

I like how Audi has neatly integrated the charging port behind the right fender. There’s a “hidden” button that when pressed, unlatches the cover. Pretty cool.

Adding to the e-tron’s dynamic design are the swollen rear fenders and sloping Sportback-style tailgate. The overall design is neat, but unexciting, especially when compared to its rival, the Jaguar I-Pace. The Audi e-tron is meant to showcase the German carmaker’s technology, and it certainly shows in the cockpit.

Virtual cockpit – Audi-speak for digital instrument panel – is standard, along with MMI Navigation Plus, the top-end infotainment system. It’s a pilot-centric space, thanks to the angled dashboard.

The storage bins on the centre console are appreciated, but the four-spoke steering wheel is not. Perhaps it reflects the Audi e-tron’s size – it’s 4.9m long and has a wheelbase over 2.9 metres in length. At any rate, the wheel is too large and unwieldy.

The coolest thing in the cockpit is the gearshift “toggle”. Instead of a lever or buttons, you change gears using a C-shaped toggle on what resembles a gearshift handle. 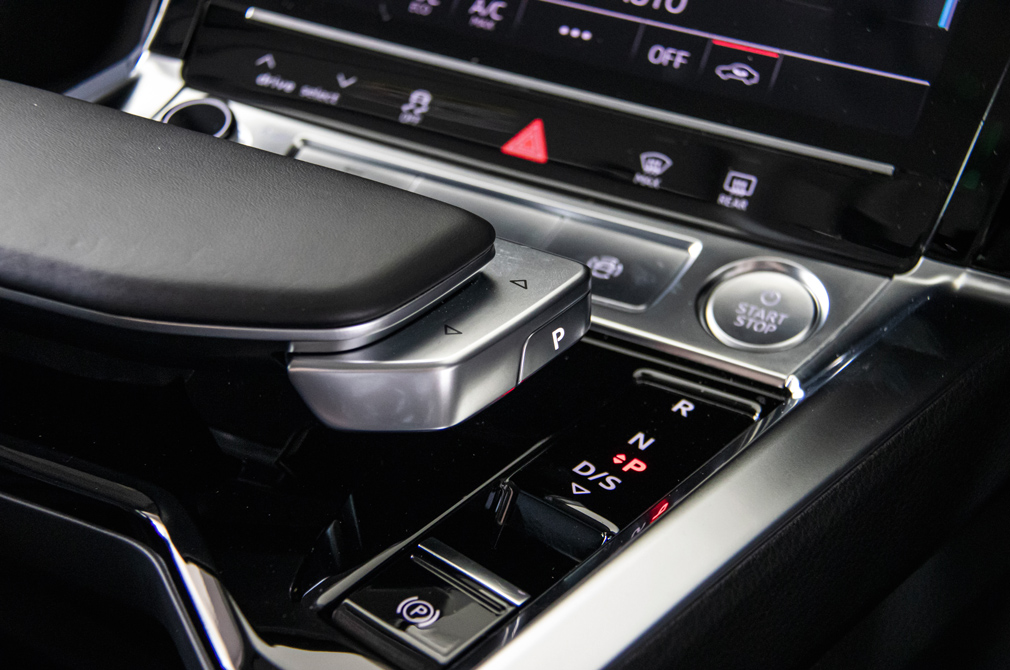 The toggle (with up and down indicators) is used to select gears.

It’s actually pretty intuitive, and I immediately took to it. Audi also gave the toggle a premium feel by endowing it with weight and tactility.

Another cool feature is the navigation system, which considers factors such as congestion, previous routes travelled and remaining charge levels before suggesting a route.

This is another feature meant to increase range and reduce anxiety, especially for first-time electric car owners.

If this is the first electric car you’re planning to buy, there’s one thing you should know: Driving the Audi e-tron is probably what piloting an Imperial Star Destroyer from Star Wars would feel like – if it existed.

From what I’ve seen in the films, a Star Destroyer moves swiftly but silently. And they seem quite stable because they jump to light speed without throwing occupants backwards.

Powering the e-tron are two 3-phase asynchronous motors – one mounted on each axle. By default, their combined output is 355hp and 561Nm. 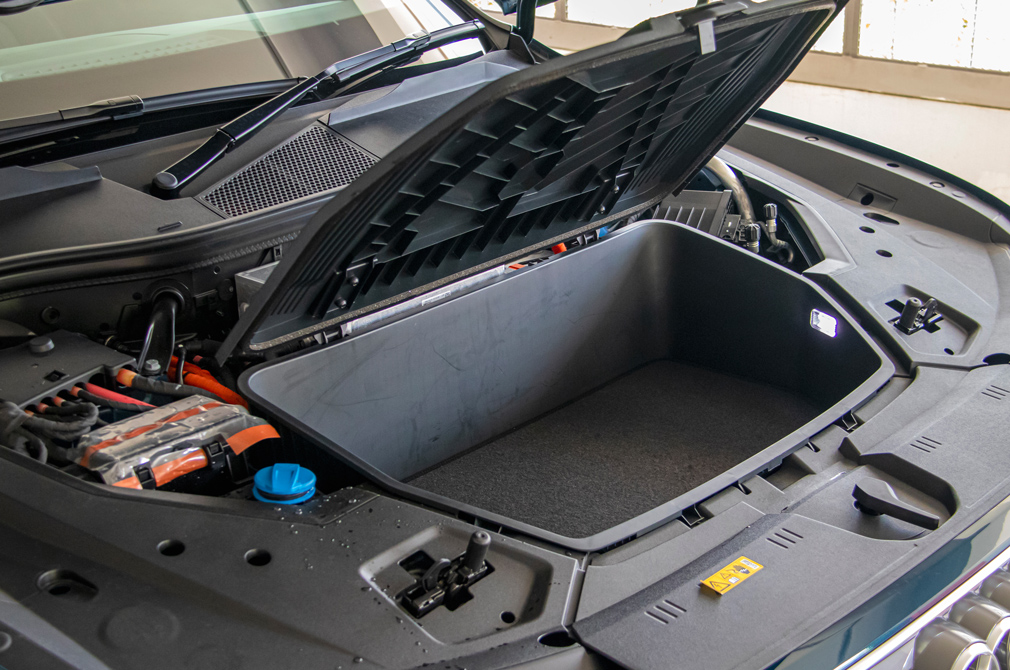 The “frunk” is pretty useful. Just make sure you don’t store any perishable items here.

In boost mode, these figures leap to 402hp and 561Nm, which are enough to propel this SUV from a standstill to 100km/h in 5.7 seconds.

While that doesn’t sound particularly impressive at first, you should know that this SUV weighs 2.5 tonnes sans driver.

And even more eye-opening is how the Audi e-tron goes about this. Like the fictional Star Destroyer, the e-tron jumps to “light speed” without fanfare.

There are no whirring/whining noises, and you only get pushed into the seatback if you’re leaning forward. The only indication of the rapid acceleration is the blurring of the scenery.

Indeed, unless you keep an eye on the speedometer, you’ll end up in triple-digit territory before you know it. The “hyperdrive” is also useful in mid-range situations, such as when you need to merge onto the expressway. 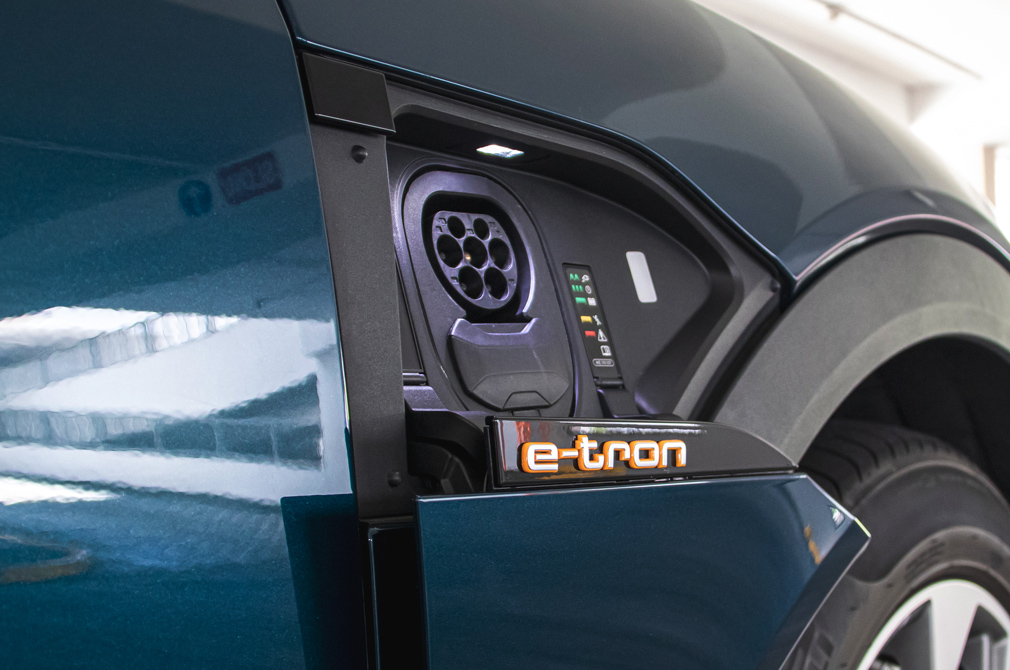 Although the Audi e-tron’s design isn’t intimidating, it’s still scary. With its acceleration, it can suddenly appear in rear view mirrors or act like a “tractor beam” by reeling in slower traffic with ease.

The e-tron’s size makes it unwieldy in corners. But you can overcome this with the all-wheel-drive system’s sheer grip, which lets you throw the car into bends without a second thought.

It’s not the most comfortable thing to do, but you can hustle the e-tron through corners if you’re in a hurry. Just be prepared for your bum to slide all over the seat.

The downside to having all this power is that other drivers may not be able to react quickly enough in response. You’ll have to temper your inputs on busy roads or find yourself constantly braking.

Speaking of brakes, the Audi e-tron primarily uses the electric motors to slow the car down. Only above 0.3g of deceleration are the mechanical brakes engaged. 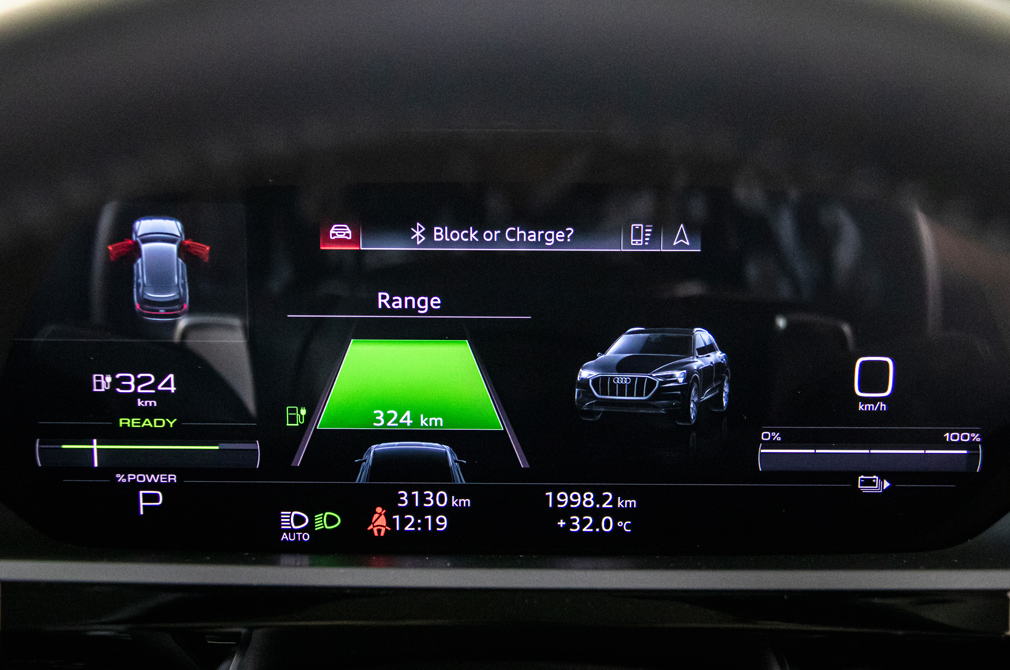 The process is so seamless that it’s hard to tell when you’re using the brakes. At any rate, the energy from deceleration and braking is channelled towards the lithium-ion battery.

Battery-wise, Audi claims the e-tron has a WLTP range of 400km, and a combined consumption of 25.1kWh per 100km.

But given my enthusiasm, I’m pretty sure this figure was closer to or even above 30kWh per 100km. Even so, for my needs, I estimate doing a week’s worth of driving (between 200km and 300km) before needing to recharge.

A STARSHIP FOR THE ROAD?

If it’s a large and luxurious electric SUV you want, then the Audi e-tron is certainly one contender to consider. Apart from its range, it has the refinement, build quality and performance to please buyers in this segment.

My only issue is with its aesthetics. I think that an Imperial Star Destroyer for the road should have an evil and imposing presence.

That way, I can feel like Darth Vader or even Emperor Palpatine when I’m behind the wheel. That alone should be worth the e-tron’s asking price. 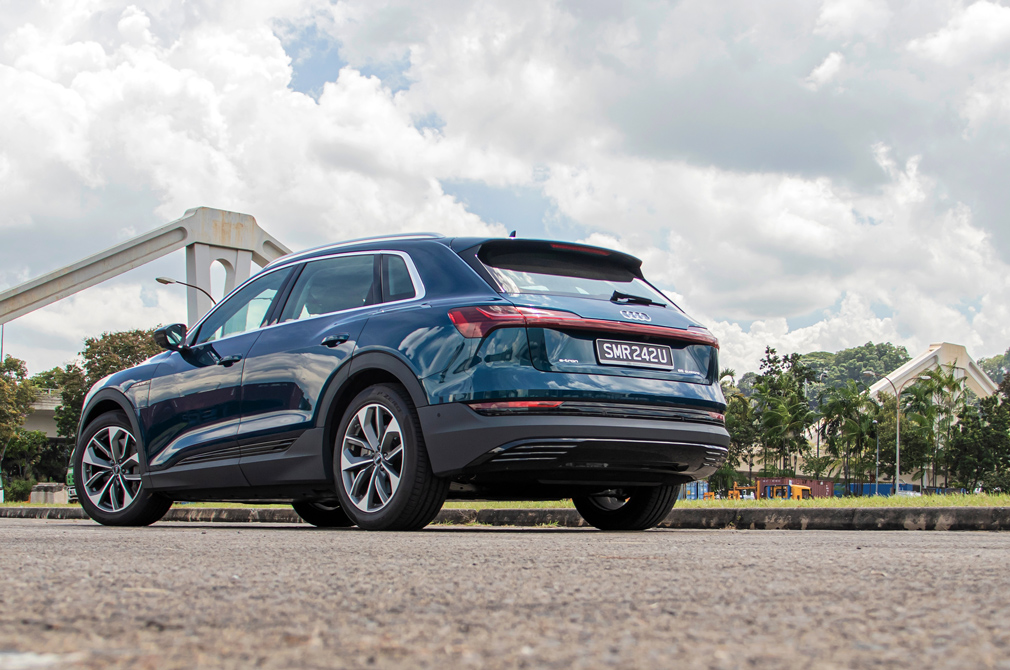