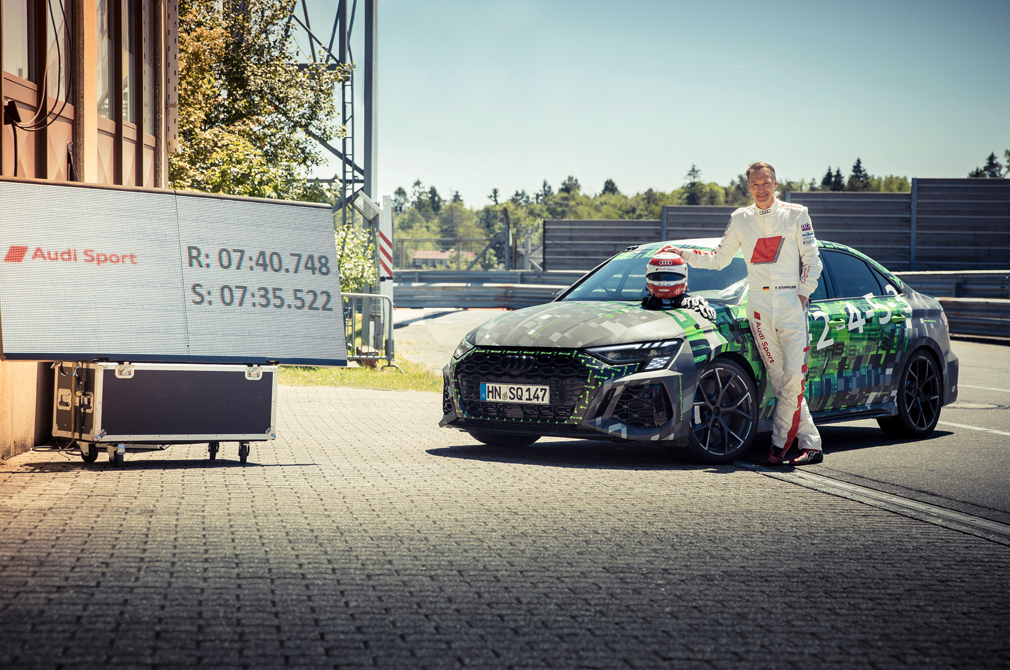 The Audi RS3 has set a new lap record at the Nurburgring Nordschleife.

The record-breaking lap was completed in 7:40.748 minutes, setting a new record for the compact class.

The hot lap was set with Audi Sport racing and development driver Frank Stippler at the wheel.

Audi claims that Frank Stippler’s team only adjusted the pressure in the car’s tyres before the record-setting lap.

The run was no doubt assisted by the many new technologies in the Audi RS3, including its new Torque Splitter, which distributes torque between the rear wheels to allow the car to follow the steering angle more precisely. 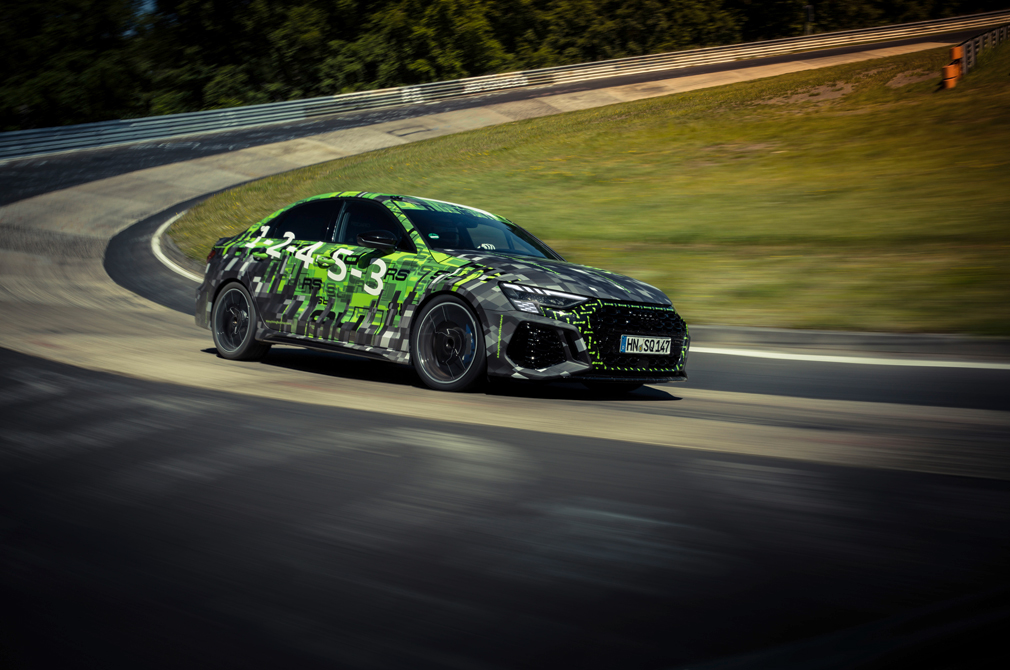 The new compact performance sedan can specified with semi-slick tyres out of the factory.

Also assisting the blistering pace were the Pirelli P Zero Trofeo R semi-slick tyres, which are now optional for the first time.

The Audi RS3 also comes with the firm’s RS sport suspension plus with adaptive damper control, which continuously adjusts each shock absorber to the road conditions, the driving situation, and the mode selected in Audi drive select.

From there, drivers get to select between two different setups in “RS Performance mode”.

The first is optimised for uneven tracks like the Nordschleife, where minimising vertical excitation while maintaining high lateral dynamics matters. The other is a sporty setup for flatter racetracks like the Hockenheimring.

The 5-cylinder engine in the Audi RS3 delivers a maximum speed of 290km/h – claimed by Audi to be the highest in its segment.

The RS3 is also the best in its class in terms of acceleration from zero to 100km/h, which it accomplishes in just 3.8 seconds.

Read our review of the also MQB-based Golf GTI here!
Or find out more about the regular A3 Sedan and Sportback here!