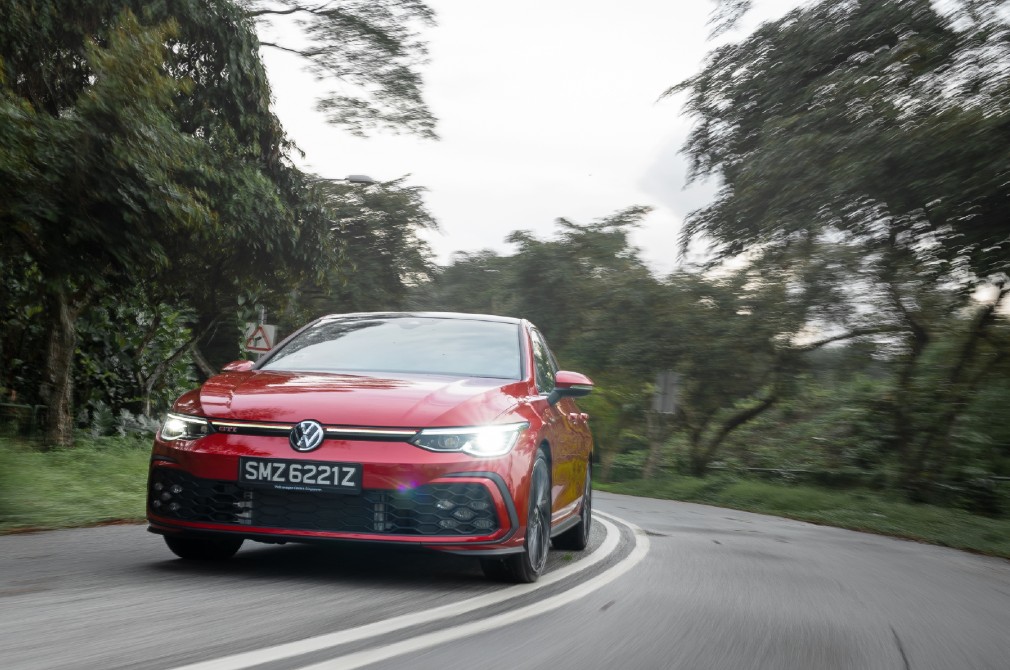 The Golf GTI wasn’t just the original hot hatch. It is universally recognised as the progenitor of all hot hatches. Peugeot may have GTi models, but it is VW’s GTI that keeps enthusiasts buzzing.

The GTI’s formula is simple: Transplant a more powerful motor into an everyday runabout and give it the necessary chassis and suspension upgrades. The result is a machine that’s fun, quick and practical, too.

So beloved is the GTI that owners and fans alike make an annual pilgrimage to Worthersee in Austria for the Worthersee GTI meeting, which began in 1982. (Unfortunately, due to the pandemic, last year’s event was cancelled.) 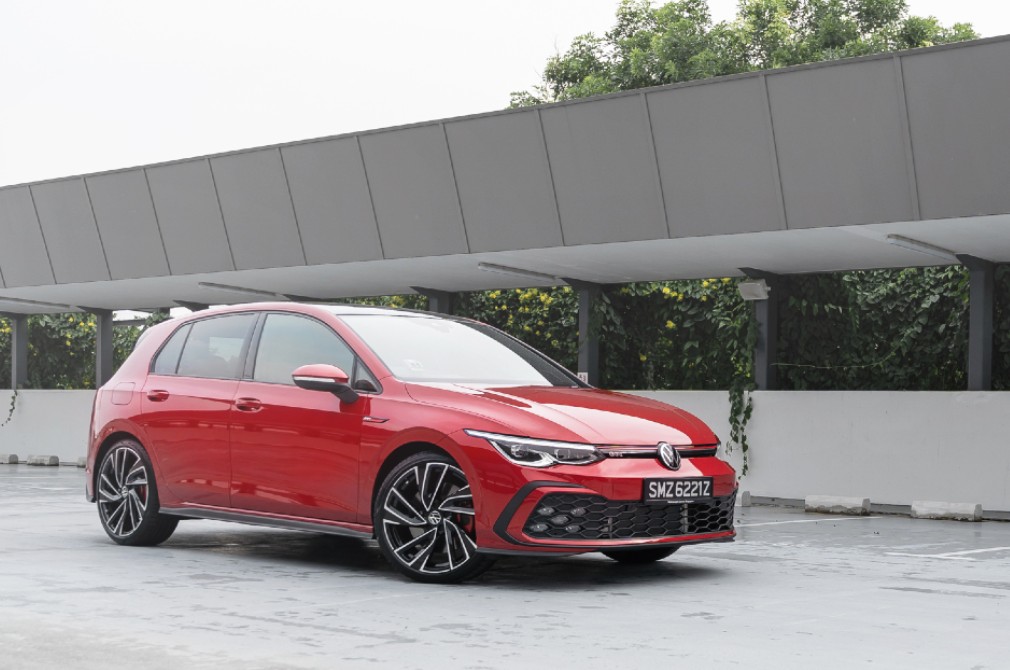 The Golf GTI packs a lot of muscle under its bonnet, but it is not one to advertise this. Apart from a few aesthetic changes, the GTI looks relatively similar to its Golf sibling.

Well, the spicy red paintwork on this test car is a big giveaway. But beyond that, the other main differences include the signature red stripe below the bonnet, larger wheels, LED fog lamps laid out in an “X” pattern, and dual exhausts.

Like the exterior, the interior is also understated, considering the car’s capabilities (more on that in a moment). 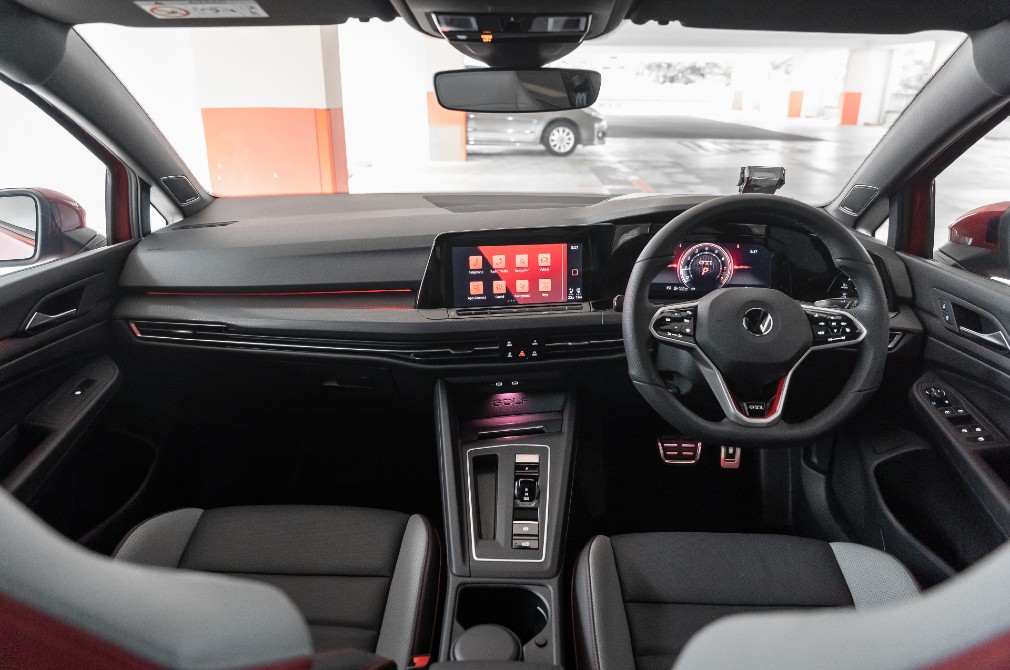 Sporty accents in the cockpit include sports seats, a honeycomb pattern on the dashboard, alloy pedals and red stitching on the seats. There’s also a “GTI” badge on the steering wheel and instrument panel layouts specific to this model.

The ventilated front seats are a nice touch, and should help keep the pilot cool during “heated” driving manoeuvres.

Overall, the Mk 8 Volkswagen Golf GTI stays true to its predecessors’ style, and I like it.

MORE POWER TO THE PEOPLE

The Golf GTI is primarily about performance, so it is only right that the latest one is more powerful than the last.

More importantly, the latest Volkswagen Golf GTI has a louder, deeper and rortier soundtrack, making it even more engaging than the Mk 7.5 model. 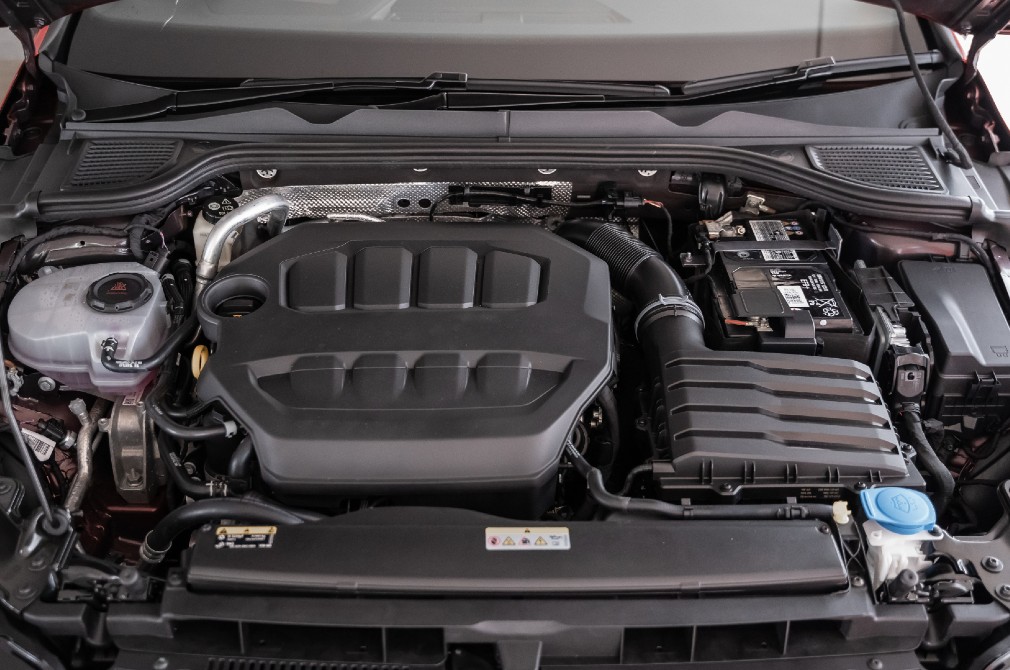 Surprisingly, the Golf GTI still goes from rest to 100km/h in 6.4 seconds. I expected the latest model to go quicker, perhaps 6 seconds or even 6.2 seconds. And rear-wheel-steering, which is standard in the rival Renault Megane RS, is unavailable here.

Not that the GTI feels slow. The extra oomph ensures that it is as perky as before, with the quick steering enabling you to accurately position the hatchback as needed.

With plentiful grip, the nose feels positive during turn-ins, with the rest of the car obediently following its lead. The strong brakes shed speed in a progressive manner, further enhancing your confidence.

But without a mountain road or racetrack, you won’t really know how much better the new Volkswagen Golf GTI is. 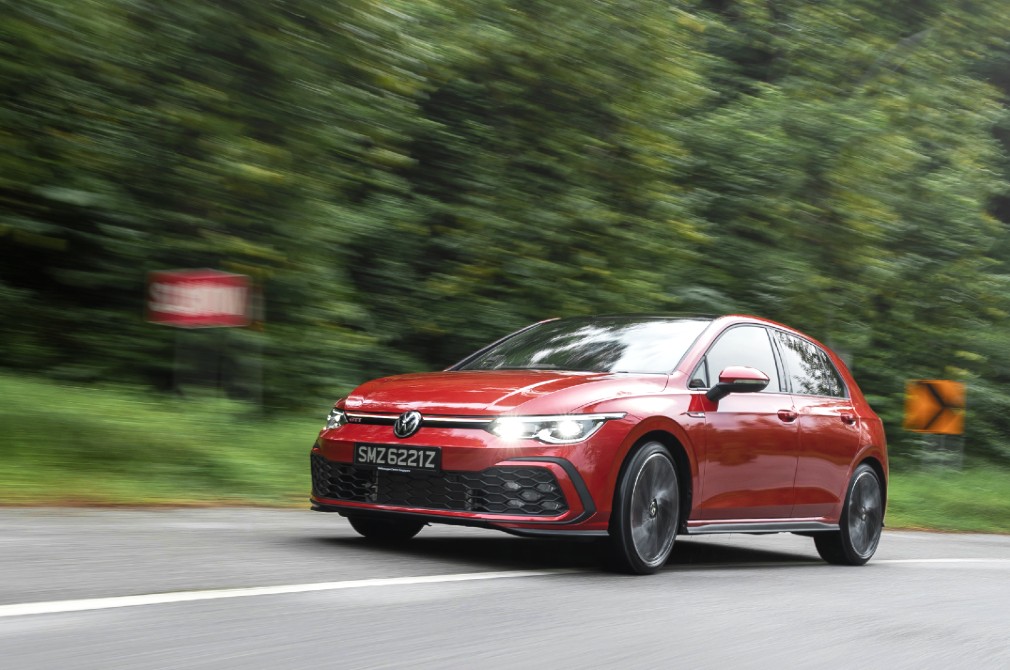 That said, I did notice that in manual mode, the GTI’s 7-speed dual-clutch gearbox seemed to shift up slower, but downshift faster than before.

And perhaps to better harness the higher outputs, the dampers are stiffer than before. Driving with DCC (Dynamic Chassis Control) at the sportiest setting on regular roads is uncomfortable.

That said, the GTI is so well-sorted that even with DCC in Comfort, it will still handle well. In fact, you should leave it in this setting for daily use – it does not make the hatch any less sporty. 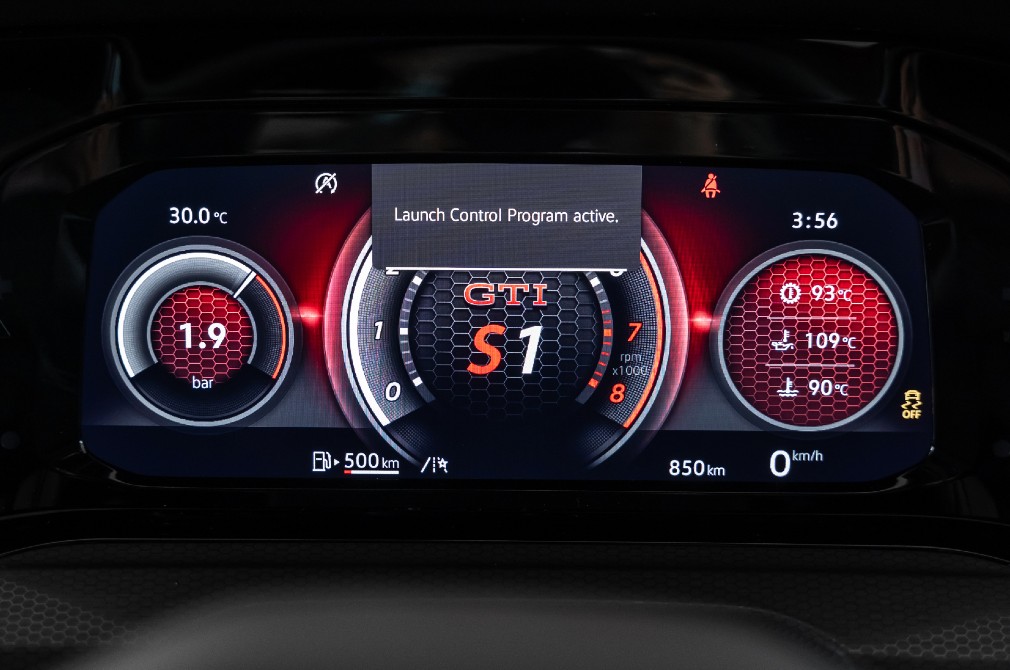 The Volkswagen Golf GTI is better than its predecessor, but only marginally so. The previous GTI was so good to begin with that making huge gains was always going to be difficult.

In Singapore, the GTI’s direct rivals are the Renault Megane RS, Cupra Leon and Hyundai i30 N. The Megane RS, though significantly more powerful, needs to be revved, while the manual-only i30 N requires a committed enthusiast.

In terms of all-round ability, the Cupra Leon is probably the closest to the GTI. But like the others, it also does not have the GTI’s brand equity.

Pondering these points brought other questions to mind. Will we see greater performance gains in the next Golf R, which will be the top model in the range?

Or has VW already redirected the bulk of its engineering efforts towards GTX, its new electric performance sub-brand? 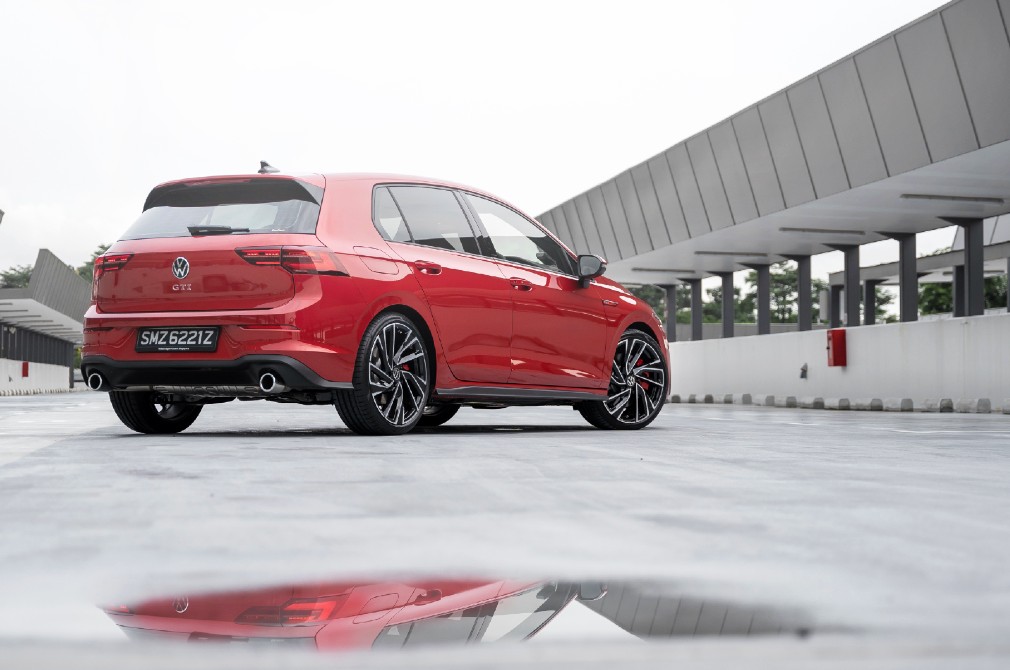