Smart’s Vision EQ Fortwo is an autonomous electric vehicle which will revolutionise the motoring landscape.

Smart’s Vision EQ Fortwo is a car-sharing concept, uh, car which relies on swarm intelligence to locate the nearest users and pick them up promptly. A sleek mobile gizmo summons the two-seater and also controls its onboard features. A black panel within the front bumper shows the next destination and even the name of the next passenger.

Jaguar’s Future-Type Concept is an autonomous electric vehicle which will revolutionise the motoring landscape.

Jaguar’s Future-Type Concept is an on-demand electric vehicle with 2+1 “social seating” for up to three occupants. In the year 2040 or so, a fully charged fleet of these Jags could be part of the connected mobility network and provide automated urban transfers using the most time- and energy-efficient routes. The futuristic Jaguar’s party trick is a steering wheel called Sayer, which runs on artificial intelligence and functions as a multi-purpose personal device when detached from the dashboard. 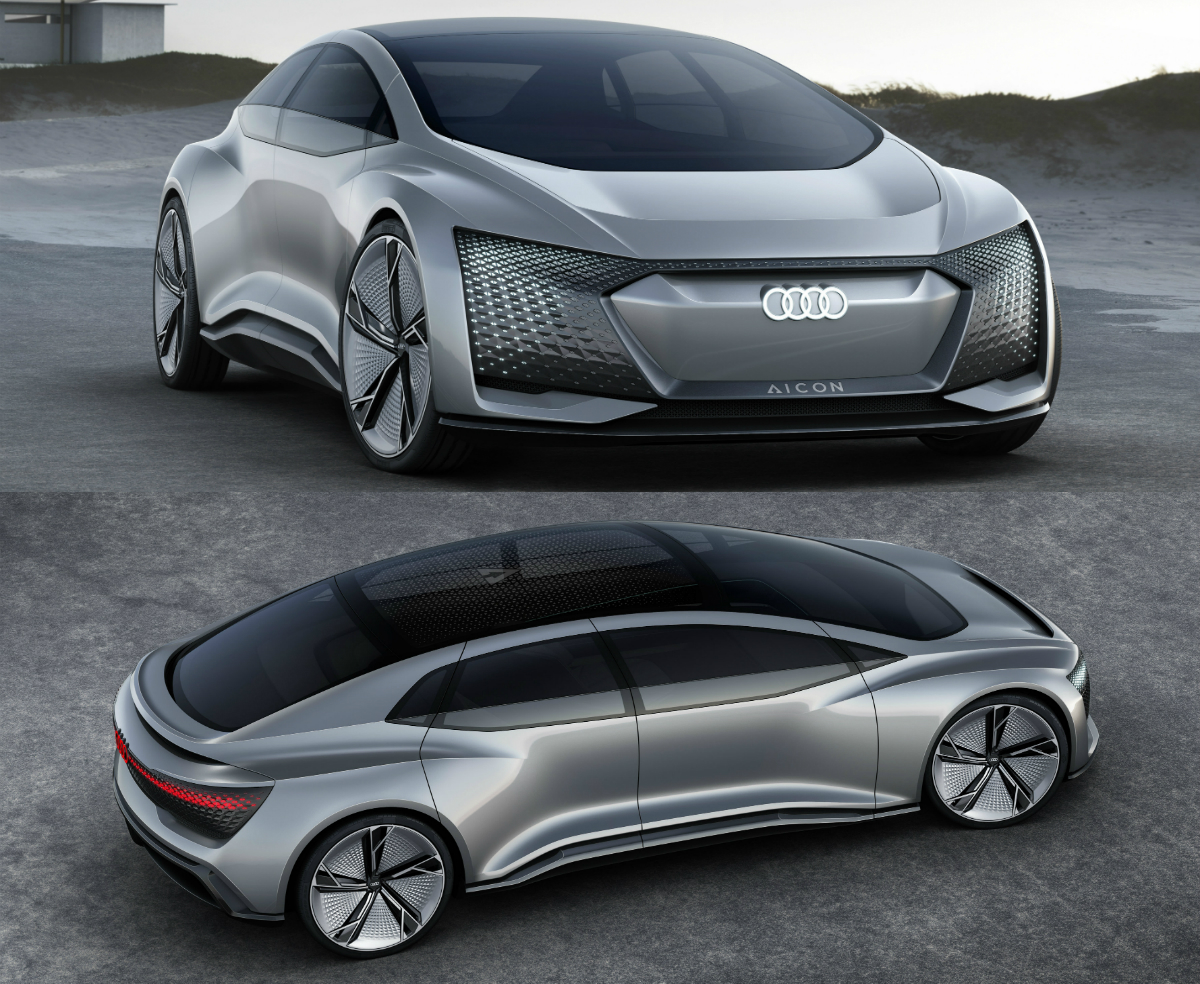 Audi’s Aicon is an autonomous electric vehicle which will revolutionise the motoring landscape.

The Audi Aicon is one of the largest and most luxurious design studies in autonomous motoring. The spectacular exterior dispenses with conventional lighting units, relying instead on digital pixel surfaces, lasers and radars, and the car deploys a flashlight-equipped mini-drone to illuminate the walking path of passengers who exit the cabin in the dark.
The four-door 2+2 interior offers a wraparound “lounge” layout, first-class travelling comfort and state-of-the-art consumer electronics. The Aicon is a practical tourer, too, with numerous storage points inside, plus 660 litres of combined cargo capacity in the front and rear trunks.