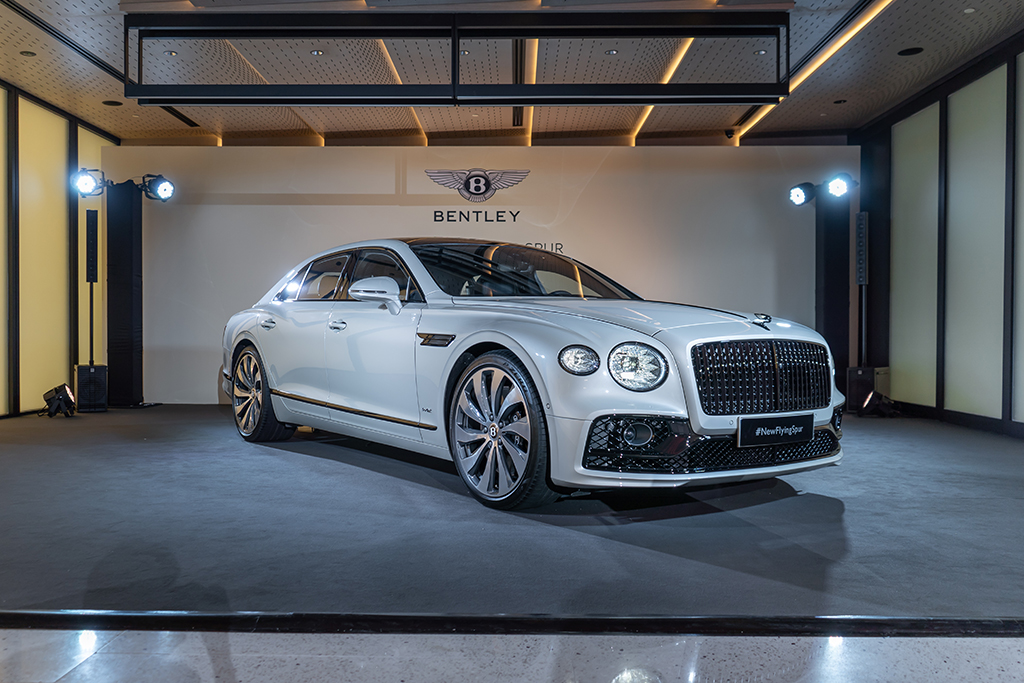 The all-new Bentley Flying Spur has just landed in Singapore.

It is positioned between the two-door Continental GT and flagship Mulsanne saloon.

Now in its third generation, this British limousine is even more opulent than its predecessor. It boasts new refinements and luxury features that segment buyers expect. 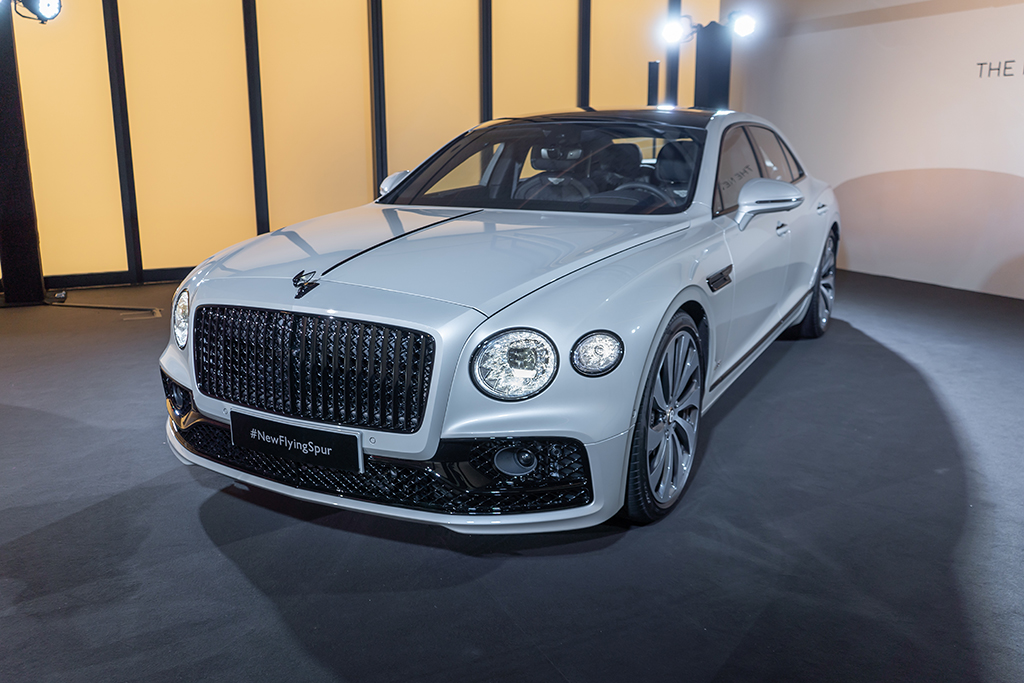 The Bentley Flying Spur has cut-crystal effect LED matrix headlights and tail-lights with a “B” motif. And for the first time in the carmaker’s recent history, the bonnet gets a Flying B ornament.

Like Rolls-Royce’s Spirit of Ecstasy, the Flying B ornament can be lowered and hidden. When it rises, it does so from a Bentley badge. Its wings are illuminated.

Bentley has given this model stronger lines and a more muscular road presence. 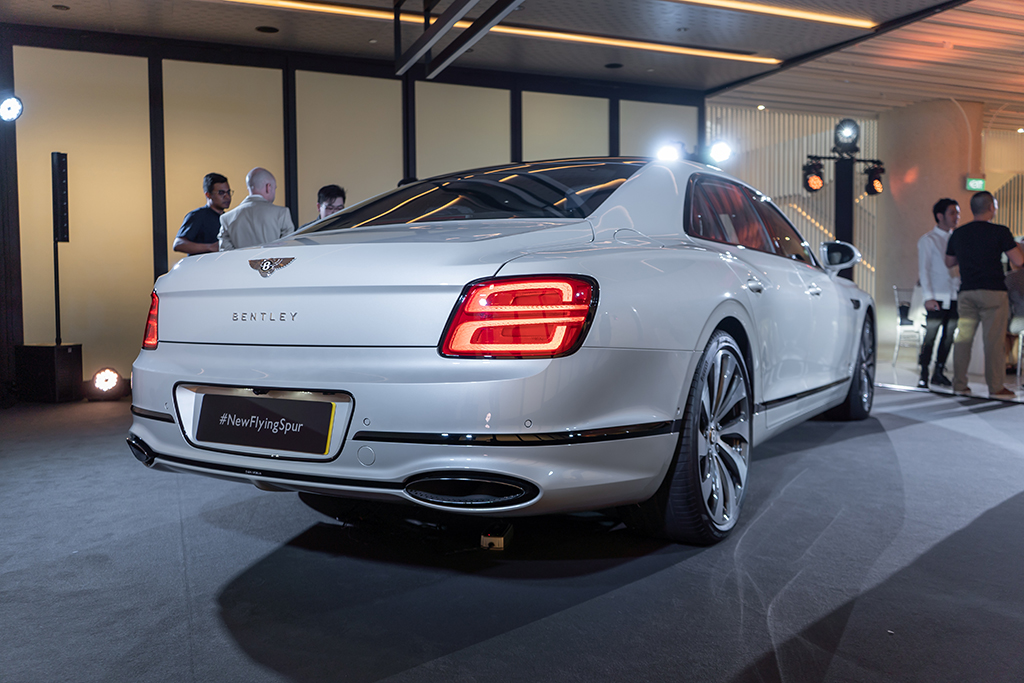 EVEN MORE SPACE AND AMENITIES

The Bentley Flying Spur utilises an all-new platform, with a wheelbase 130mm longer than the older model’s. The total wheelbase length is now 3194mm.

For the upholstery, there are 15 standard leather hues. Customers can of course specify their own colour, which the carmaker will attempt to match. The doors are trimmed with “three-dimensional diamond-quilted leather door inserts. 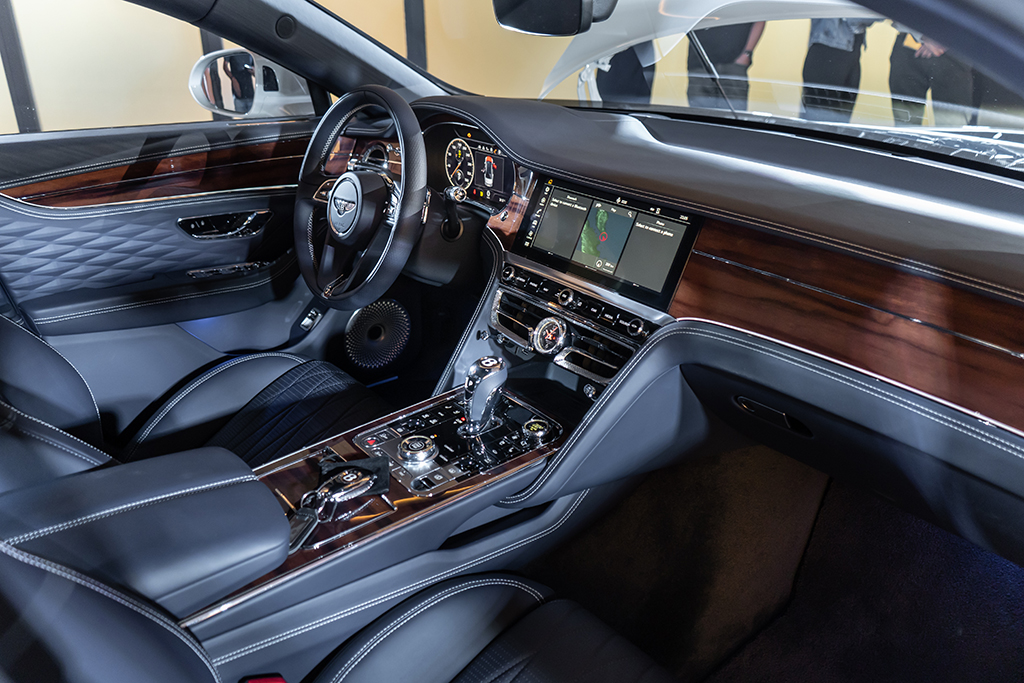 On the dashboard is a new Bentley Rotating Display. It can either display a wood veneer, 12.3-inch touchscreen or a trio of analogue dials. Said dials display a compass, chronometer and outside temperature.

The clock and switches feature bronze detailing to further enhance the interior’s luxuriousness. Meanwhile, the front seats, which are an all-new design, offer ventilation, massage and adjustable bolsters. 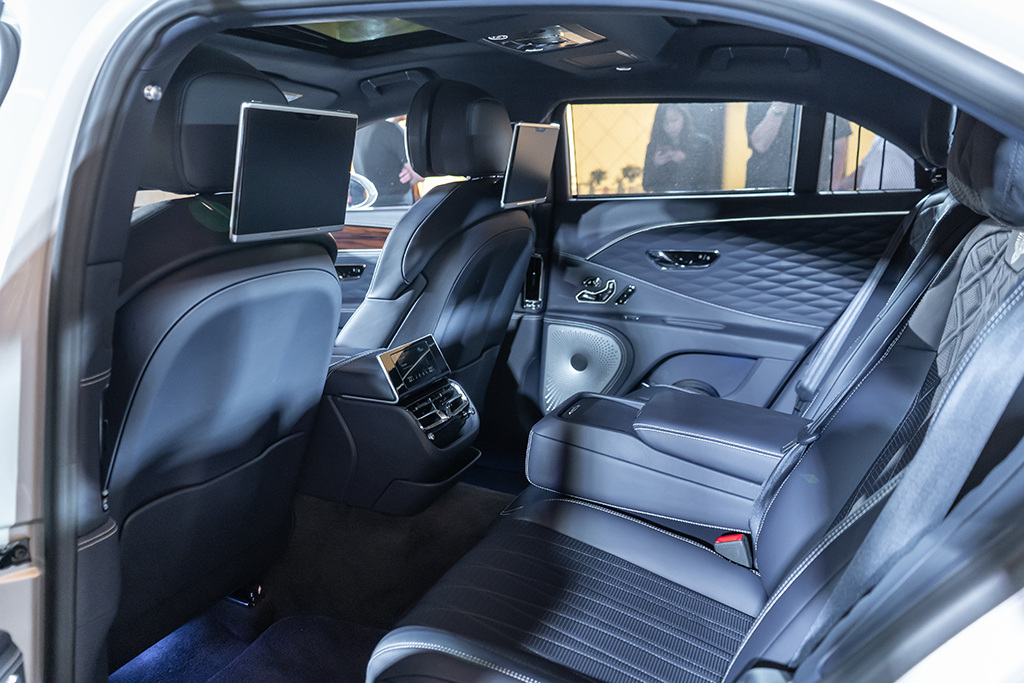 Beneath the Bentley Flying Spur’s bonnet is a twin-turbocharged 6-litre W12 engine. It pumps out 626hp (635ps) and 900Nm, with the latter figure available from just 1350rpm.

The Bentley Flying Spur weighs in at 2437kg sans driver. But thanks to those equally massive outputs, it can dispatch the century sprint in 3.8 seconds. Top speed is limited to 333km/h. 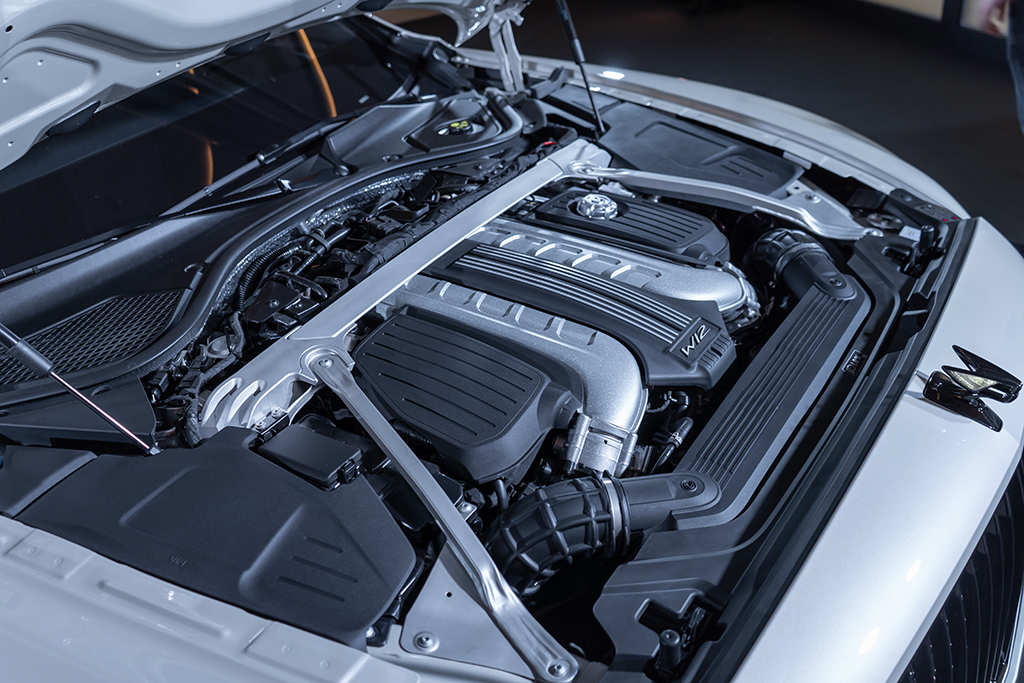 For the first time, the Flying Spur is equipped with rear-wheel-steering. At low speeds, the system turns the wheels in the opposite direction as the front ones. But at higher speeds, the rear wheels follow the direction of the front wheels.

This means a shorter turning circle at low speeds and better stability at high speeds.

The Flying Spur starts at $969,000 without COE and is available at Bentley Singapore.