At just over two square kilometres, the tiny principality of Monaco is the most densely populated state in the world – by millionaires, too.

It drips in opulence, from the regal hotels to the multitude of supercars zipping about.

With hundreds of potential customers looking on in earnest, that’s surely why Bentley decided to launch its new Flying Spur sedan here. 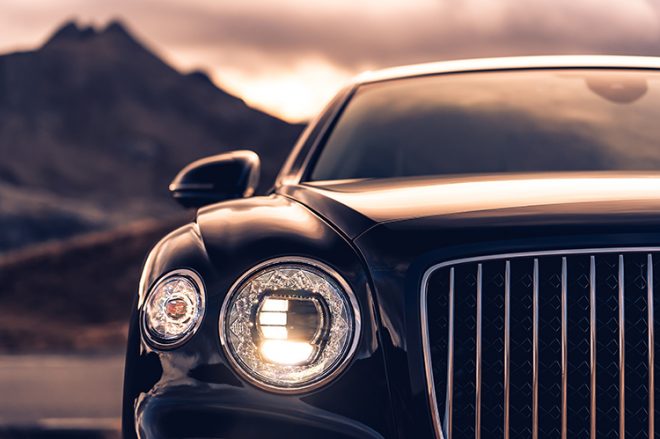 Positioned between the two-door Continental GT and the Victorian-house-on-wheels Mulsanne, the new Flying Spur is low and striking yet looks graceful at the same time.

The front axle has been moved 130mm forward, 22-inch wheels have been added and the front overhang has been shortened, culminating in a sleeker design.

It’s a proportionality that designer Stefan Sielaff delights in.

He’s particularly proud of the sharp rear haunches, which are pinched out of the largest superformed aluminium panel in the automotive industry and apparently, incredibly hard to make. 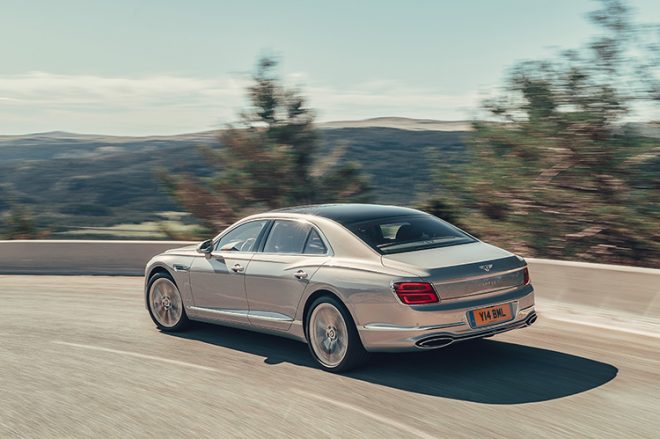 Particularly striking too are the “cut-crystal” effect headlights, the new vertical grille and the new retractable “Flying B” winged mascot that gets illuminated wings.

Climbing into the rear on a chauffeur-driven ride from Nice airport allowed us to luxuriate in the Flying Spur’s sumptuous leather and wood interior.

Noteworthy are the “3D-effect” leather or wood trim on the door cards and a new touch-screen remote controller that lets you control things like the sunroof, air-con, blinds and the audio. 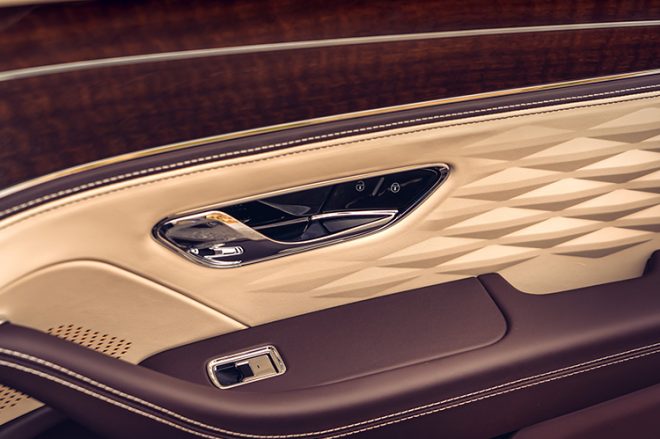 That 3D effect leather is made out of a special process.

Speaking of audio, if the 16-speaker B&O stereo isn’t enough, spec the 21-speaker Naim system to transport a whole orchestra into the cabin.

The button-heavy cockpit, meanwhile, gets updated with a new “B” design motif and a “digital detox” three-sided rotating panel that switches from a display, dials or a flat wood panel for, well, digital detox.

The engine can deactivate six of its twelve cylinders during low-load moments to save fuel and instantly fire them up again when you demand more power. 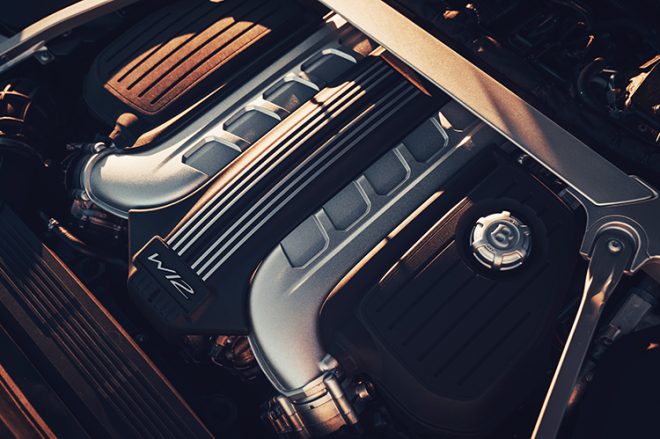 But all that counted for nought at the start as I got lost heading out of Monaco’s tight and twisty roads. For that, I was indebted to the new all-wheel steering that turns the rear wheels in the opposite direction to the front ones during low-speed manoeuvres (which I was doing plenty of).

That effectively shortens the car’s wheelbase, something I was thankful for as I navigated tiny streets that would have troubled a Mini.

Once on the open roads along the Route de Napoleon, the Flying Spur came into its own.

Performance for such a big car can only be described as phenomenal. Mash the throttle and you surf a tsunami of torque, punctuated only by imperceptible gearshifts and a hint of turbo whistle in the cabin when you back off after having scared yourself. Grip is stupendous – thanks to the active all-wheel-drive system that shunts power to the front wheels only when needed – as is braking from the dustbin-lid-sized 420mm front rotors, the largest in the world. The Flying Spur’s brakes are so well-calibrated that your passengers don’t tip their heads forward except under very heavy braking.

The big limo’s ride has been upgraded with three-chamber air suspension and 48-volt active anti-roll bars that tense or relax in milliseconds and helped flatten the car through corners on our circuitous route.

It’s soft, comfortable and relaxed but never wallowy or imprecise.

For most of the test, we kept our pre-production model in “Bentley” mode, which is what its engineers consider to be the best mix of comfort and performance.

Few cars get close to this level of luxury and power, with sublime and precise handling to top it off. For the particularly well-heeled towkay looking for the perfect sedan, the Flying Spur is it.