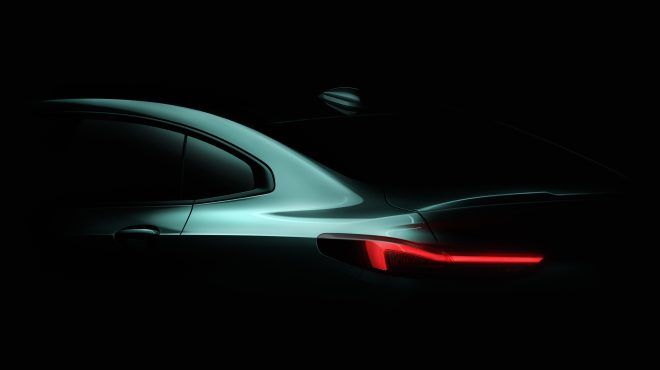 A sneak peek of the BMW 2 Series Gran Coupe.

Welcome, everyone, to the new BMW 2 Series Gran Coupe.

Slotting into the premium compact segment like its brethren, the four-door coupe adds to the burgeoning 2 Series lineup.

It will debut at the Los Angeles Auto Show in November 2019, with the worldwide launch in early 2020.

It will be front-wheel drive and share parts with the new BMW 1 Series, which will debut in 2019, BMW added.

The new 1 Series will launch in September 2019 as a hatchback, and be front-wheel-drive compared with the rear-wheel-drive in the current model.

BMW is targeting “modern, urban” buyers with the new 2 Series Gran Coupe with its design-oriented styling and “dynamic charisma”.

A global model, the 2 Series GC will be launched in markets which show a “strong affinity for notchbacks”.

The models also offer sporty performance, courtesy of rear-wheel-drive (unique in the segment) working in tandem with efficient power-transfer systems.

More than 140,000 units of the Leipzig-built models have been delivered to customers so far.