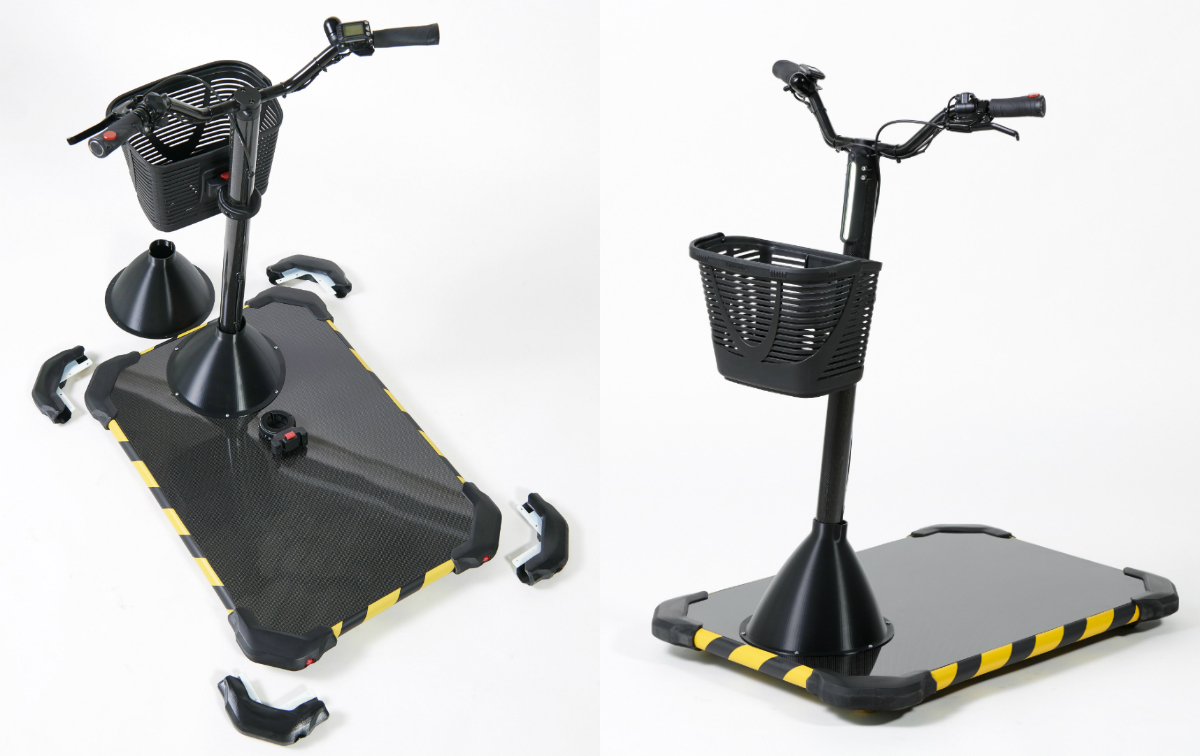 The task was clear: Employees at BMW Group plants and logistics centres sometimes cover up to 12 kilometres per day on foot, and having to carry small parts and work materials often makes it even harder. Sites such as the BMW Group Research and Innovation Centre in Munich or the BMW Group plants in Dingolfing and Spartanburg are sprawling campuses, where many employees have to cover huge distances to do their jobs.

Experts from the BMW Group Research and Technology House in Garching took up this challenge, together with the staff who run the BMW Group’s central aftersales logistics network at the Dingolfing location. Employees at various sites were surveyed on a random basis and their needs recorded. Environment analyses were conducted in parallel and the legal framework, such as site safety guidelines, taken into account. The findings provided a relatively demanding profile of requirements for the mobility solution.

Research into existing options failed to come up with satisfactory solutions. Experts from the Research, New Technologies, Innovations department concluded that only customised in-house development could provide an adequate solution. To generate creative and unconventional concept ideas quickly, they used the in-house design thinking format “think.make.start”, whereby interdisciplinary teams use agile methods to develop and evaluate ideas and prototypes. The Personal Mover Concept was born from such a “makerthon”. Although the initial ideas met all the requirements, they entailed too much technical and financial effort for simple and straightforward implementation.

The body platform of the Personal Mover Concept is 60 centimetres wide and 80 centimetres long, so that a person can stand comfortably on it and still have room for larger, heavy objects. Two wheels at the rear corners of the platform and two support wheels at the front ensure that it does not tip over, even in tight bends. The two front support wheels rotate 360°, which greatly increases manoeuvrability.

The handlebar and drive wheel are sunk into the middle of the body platform at the front. The handlebar contains the entire electrical system, the battery and the drive wheel, and can be rotated 90° to the left and right, allowing the Personal Mover Concept to turn on the spot. A thumb throttle for regulating speed is integrated into the right grip. This control is used to start the Personal Mover Concept, switch the light on and off, select the driving mode or check battery status. For safety, there is also a bell for warning other employees. The left grip operates the brake.

If not accelerating, the Personal Mover Concept recuperates in a similar manner to the BMW i3, by feeding released braking energy back into the battery. The electric drive accelerates up to a maximum of 25km/h, so it not only moves fast, it is also fun to ride. The installed cells guarantee a range of about 20-30 kilometres. The Personal Mover Concept is charged from a regular household socket using a power adapter.

Occupational safety guidelines require a permanent daytime running light, so an LED front light is mounted on the handlebar, with two red LED lights integrated into the bumpers at the rear of the platform for this purpose. The bumpers, basket mount and handlebar mount covering were all fabricated using two different additive manufacturing 3D-printing techniques – the familiar FDM (Fused Deposition Modelling) and a state-of-the-art two-component Polyjet process.

Five prototypes of the Personal Mover Concept were presented at an internal international BMW Group aftersales logistics conference and were very well received. The maximum speed is limited to the 12km/h permitted on plant grounds. The range available in normal operation allows it to be used for a full shift without recharging.

The Personal Mover Concept was designed with deployment at FIZ Future in mind. Once completed, the campus will extend for about one kilometre from north to south. However, it would also be conceivable for the Personal Mover Concept to be used outside of BMW Group locations. Initial discussions with operators of airports, exhibition centres and major shopping centres have shown that it could also be an attractive solution for applications of that kind. 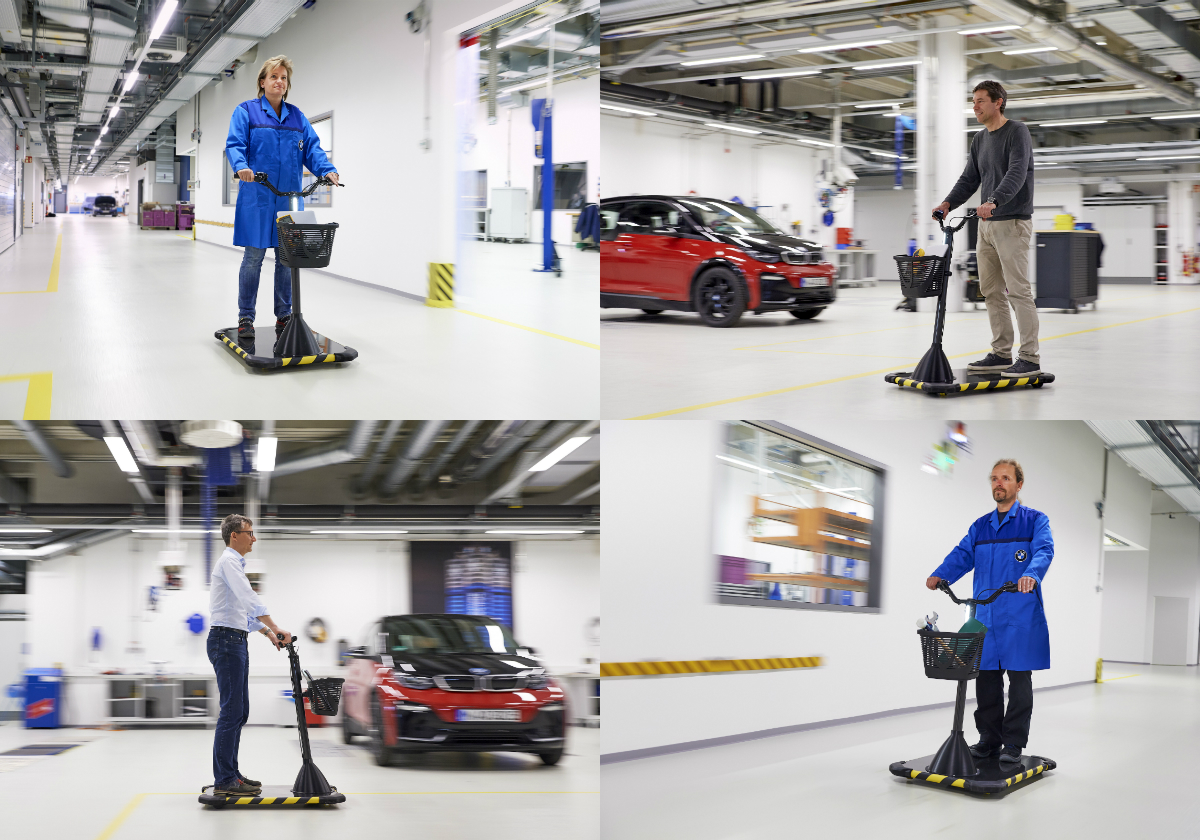 Read about the ideas thought up by Ford employees in the automaker’s Last Mile Mobility Challenge.