The BMW i4 is a next-generation electric fastback | Torque
Loading posts... 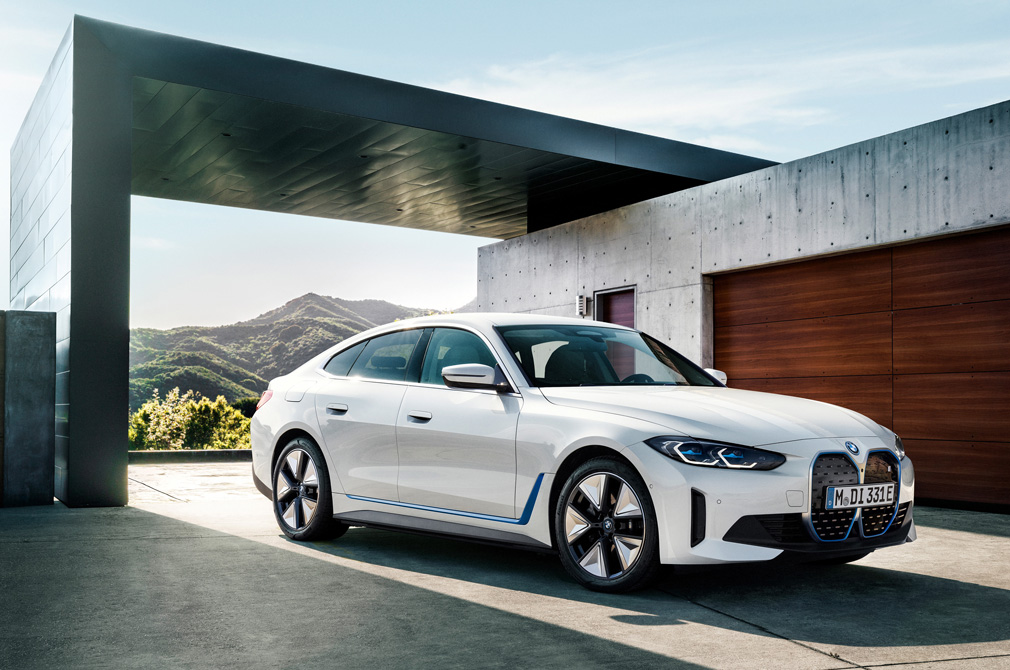 The BMW i4, like the new BMW iX, are the tip of BMW’s electrified spear. They are designed to make you and I forget about the histrionics of combustion-engined cars and instead, embrace clean and efficient electric-only motoring as the future of mobility.

But they go about it in very different ways. Where the iX is chunky and spacious, the i4 is sleek and streamlined, designed from the outset to be a fun car to drive.

The BMW i4 will initially come in two flavours: the i4 eDrive40 with 340hp and rear-wheel-drive; and the electron-blasting i4 M50 with two electric motors and 544hp.

The latter, BMW says, will be a proper M car with gobs of power and sporting credentials.

Whichever BMW i4 you choose, you’ll get a car that is designed from the ground up to be an electric vehicle (EV), and one which incorporates some very advanced technology to help it stand out from the competition. 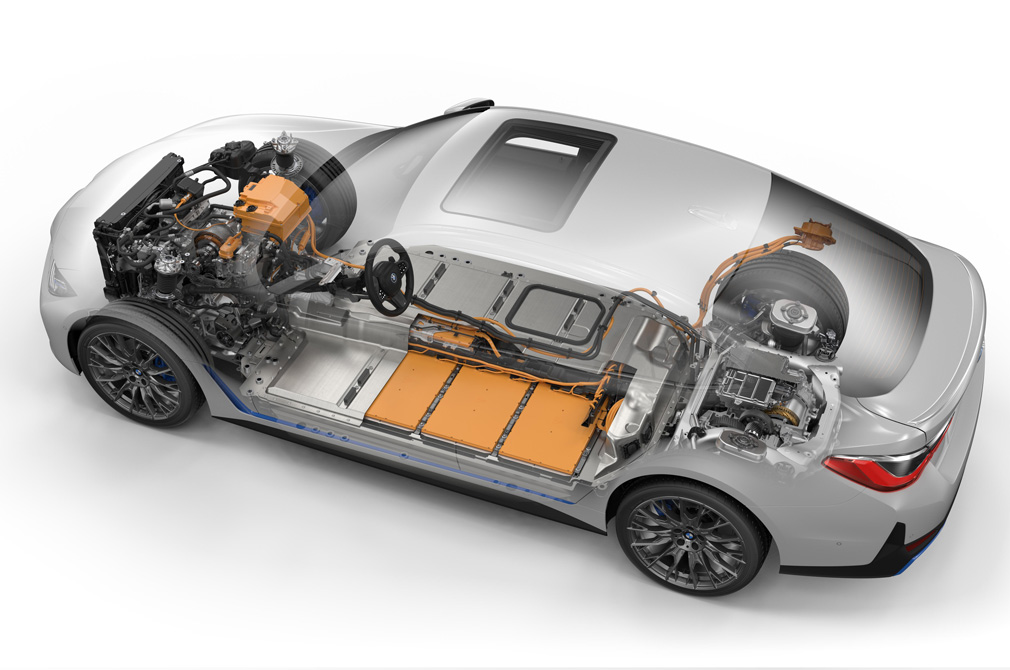 POWERING THE BMW i4

The slim batteries – just 11cm in height – are mounted low down in the floor, resulting in a centre of gravity that BMW says is up to 53mm lower than a 3 Series sedan.

But slim does not mean weak. The energy density of the pack is 40 percent higher in the i4 compared with the battery in the current i3. BMW says the i4 eDrive40 has a range of up to 590km, while the i4 M50 covers up to 510km.

They’re meant to be recycled too – due to the materials and design, up to 90 percent of the pack can be recycled at the end of its lifespan.

Recharging the batteries will be quick. With a n alternating-current (AC) home wallbox, BMW says the i4 can be charged from empty to full in under 8.5 hours.

Direct-current (DC) charging will be much quicker. The car can accept up to 200kW of DC power, which BMW says will give you up to 164km of range with just 10 minutes of charging. 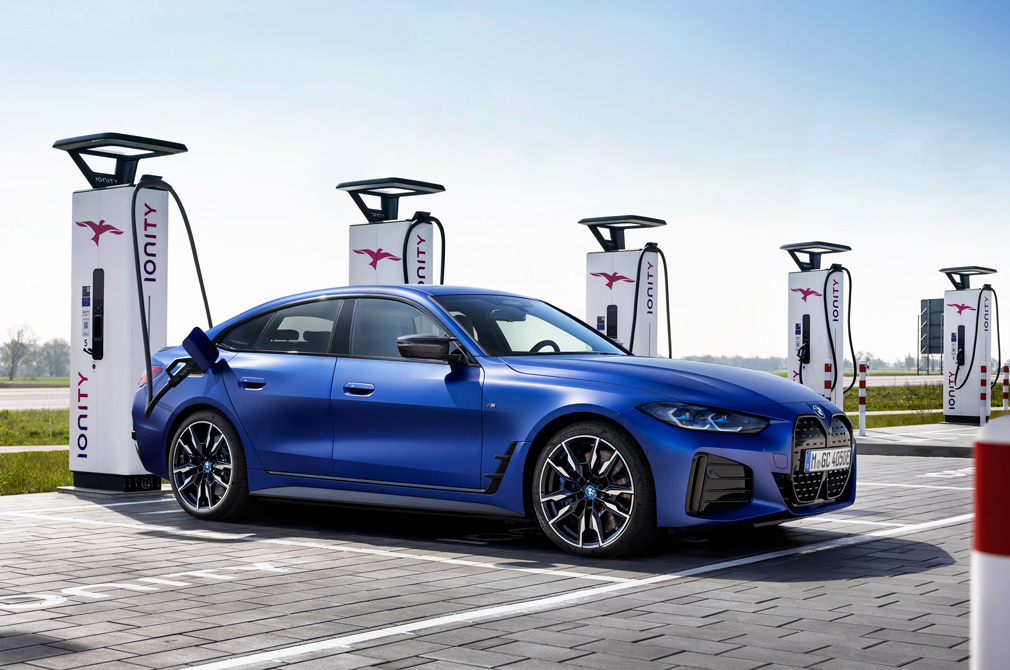 The BMW i4 looks set to deliver sportiness and long-distance touring comfort. Underneath, a double-joint spring strut front axle and multi-link rear get bespoke tuning and rear air suspension.

“In this car, comfort is not a contradiction to sportiness,” says BMW i4 project manager David Ferrufino. That air suspension has a practical benefit too: it can compensate for heavy loads in the boot and maintain the car’s driving dynamics.

Mr Ferrufino says both flavours of the i4 will each have specific air suspension tuning.

Both i4 models will have deep sporting credentials, partly down to the electric motor units that power the cars.

A source of focus for BMW, they are a super compact unit. Everything needed to turn electric power into motive force – the electric motor, power electronics and transmission – are built as one unit, enabling double the power density of the current i3. 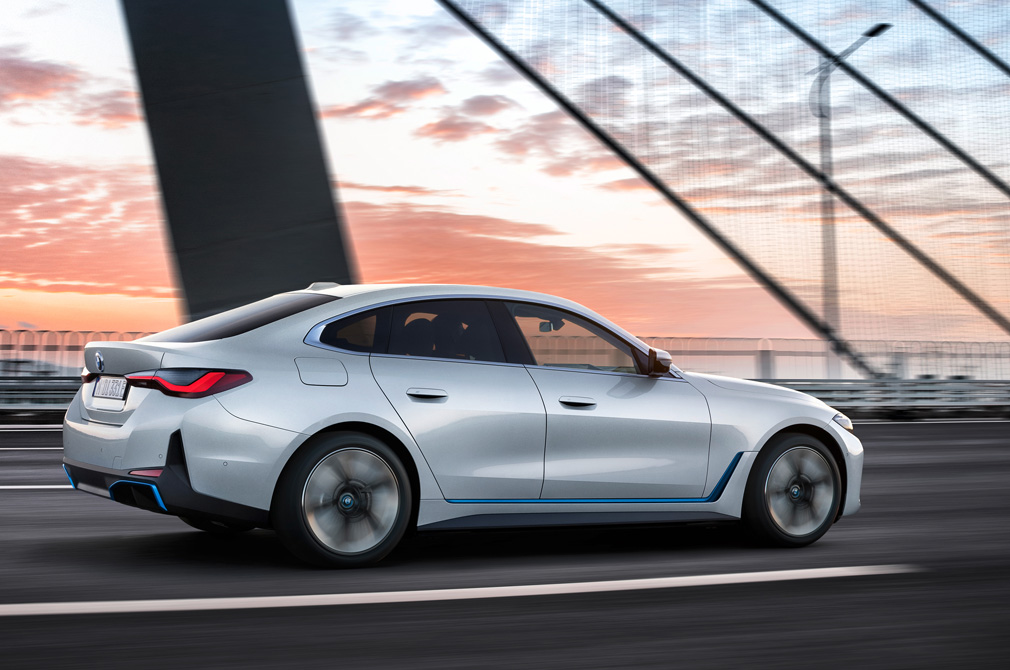 Unlike other motors, the BMW-designed electrically excited synchronous motor (ESM) does not use permanent magnets, which are made with critical rare earth metals.

Logistically, that gives BMW a leg up if the rare-earth industry is beset with supply issues (as it has in the past) and it also makes them environmentally friendly.

What does this all mean? The compactness of the drive units and the determination to save weight means the i4 eDrive40 clears the century sprint in 5.7 seconds, while the i4 M50 crosses the line in 3.9 seconds.

The M model features Sport Boost, a special mode triggered when the driver demands a large amount of power for more than 10 seconds. That motor has an eye-popping 795Nm of torque delivered across a wide powerband, while the eDrive40 model makes do with “just” 430Nm.

For those who want a bit more aural pleasure, each model gets specific drive sounds that deliver “authentic feedback to movements of the accelerator”.

Paying for an optional sound pack called the BMW IconicSounds Electric brings the tunes of Academy Award-winning composer Hans Zimmer into your car. That presumably means you’ll be hammering down the highway to the thumping beats of The Dark Knight. 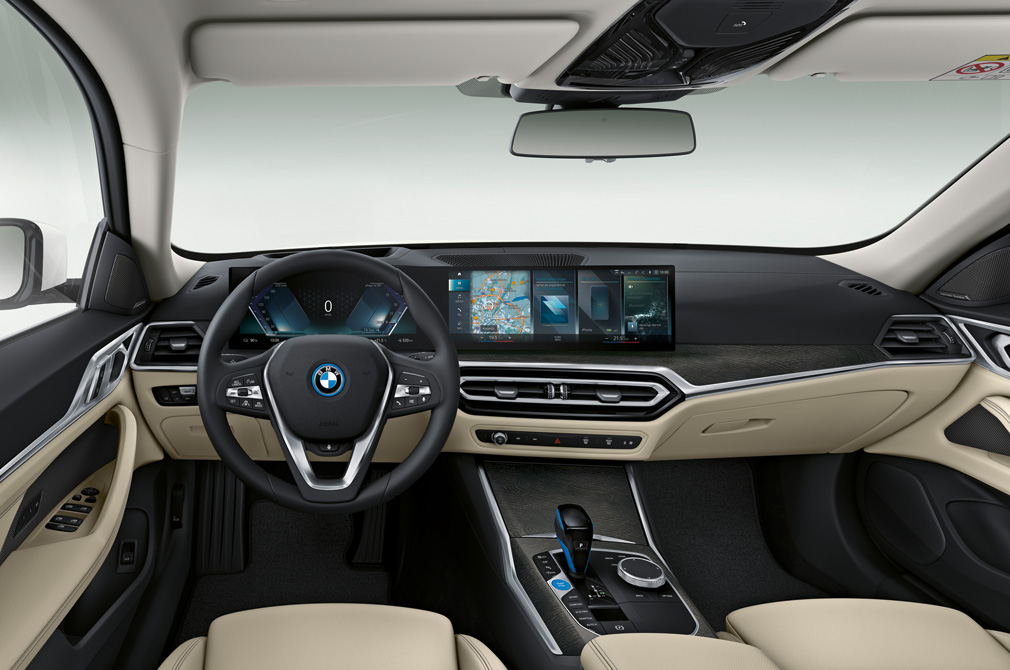 Inside the i4 is a driver-focused cockpit with a futuristic twist. A single piece of antireflective glass houses both the 12.3-inch instrument cluster and 14.9-inch infotainment screen.

However, that also means fewer knobs and buttons to twirl and push by feel alone. But maybe that will not be so troublesome, as you can use your voice to tell the car what to do with BMW’s next generation of Intelligent Personal Assistant gaining more, well, intelligence than ever.

In a pandemic, clean air is key. To that, the i4 has an advanced air filtration system that uses nano-fleece and activated carbon to keep out allergens in the car. You can even pre-purify the air before you enter the car.

With its large blanked-out kidney grilles and similar shape to the BMW 4 Series Gran Coupe, BMW is keen for the transition from petrol to electric to be as visually seamless as possible.

But the company also knows that future competition in the EV space will be stiff, as the relative homogeneity of the technology means the playing field will be remarkably level for automakers.

Therefore, the company needs to come charging (pun not intended) out of the gates at full trot. With the i4, it has taken that to heart. If the i4’s sophistication can shore up BMW’s promise as the Ultimate Driving Machine, then the future looks bright indeed. 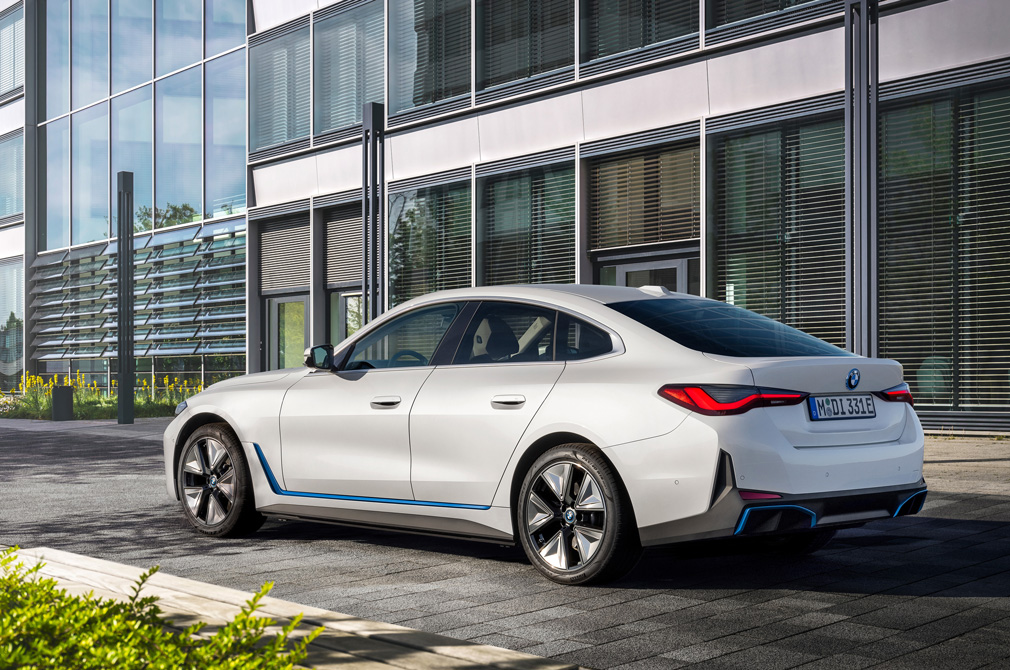