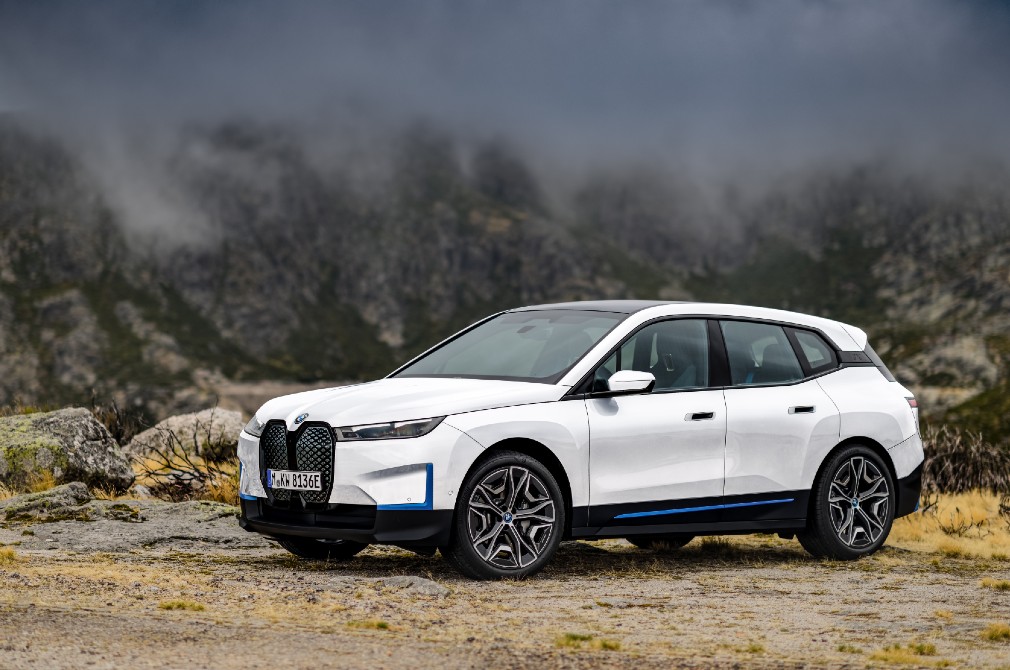 Production of BMW iX is slated to begin in November 2021, and the model is expected to reach Singapore the following month.

The all-electric iX is the Munich carmaker’s technology flagship. It supposedly offers the latest performance, connectivity and automated driving features.

The BMW iX will be available in xDrive40 and xDrive50 variants, with the latter offering a WLTP range of up to 630km. A range-topping iX M60 model will arrive at a later date.

The BMW iX is built on a new, modular and scalable toolkit on which future models are to also be built.

Development of the iX was based on a sustainable approach, involving compliance with strict environmental and social standards in extracting raw materials and the use of electricity. A high proportion of recycled materials were also utilised. 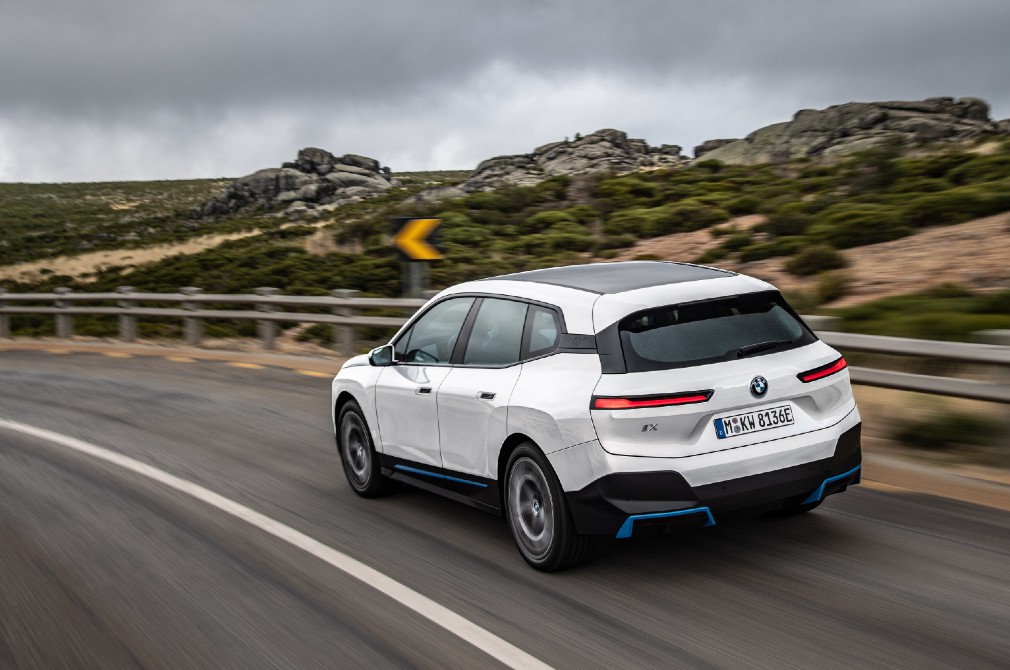 The iX is what BMW calls an SAV or Sports Activity Vehicle. Its length and width are similar to the X5’s, while its height is almost the same as the X6. Its wheelbase is 3000mm long.

The iX has a more minimalist design with fewer character lines compared to other BMW models, but uses generously shaped surfaces to give it a more imposing appearance. But despite its size, the iX has a drag coefficient of 0.25.

The BMW iX is built on an aluminium spaceframe with a Carbon Cage. Up front, the trademark kidney grille is blanked-off. Its role is now that of a digital panel, housing camera technology, radar and other sensors.

The grille is part of what BMW refers to as “shy tech” or technology that is discreetly integrated with the car. Other examples of this include the retracting door handles and the filler neck for the windscreen washer fluid beneath the BMW badge in front. 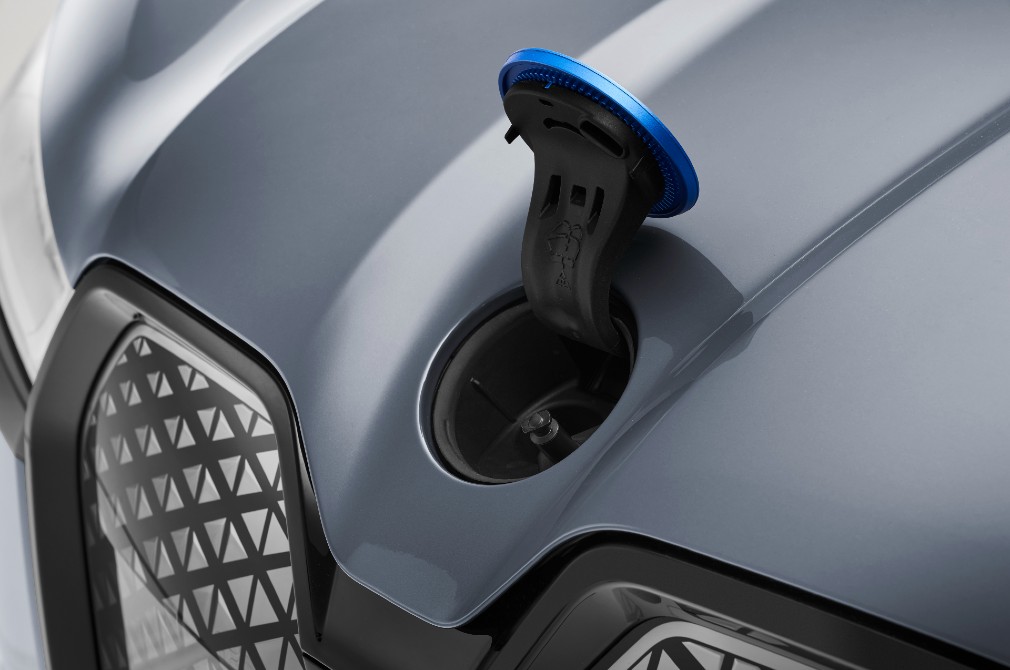 The shy tech approach is also featured in the cabin. The speakers are placed out of sight, while the number of physical buttons and switches have been reduced by 50 percent. Even the head-up display projector has been recessed into the instrument panel to keep it “hidden”.

Buyers will be given a choice of three interior trims – Atelier, Loft and Suite – to choose from. Each trim brings specific materials and colour schemes to areas such as the seats, door panels and centre console.

The BMW iX is also the first model in the group to feature a hexagonal steering wheel and the Curved Display, a one-piece screen that brings together the 12.3-inch instrument panel and 14.9-inch infotainment system.

The Curved Display is powered by BMW Operating System 8. Said OS is claimed to bring better graphics and completely customisable display options that provide the driver “with precise information tailored to the situation at hand.” 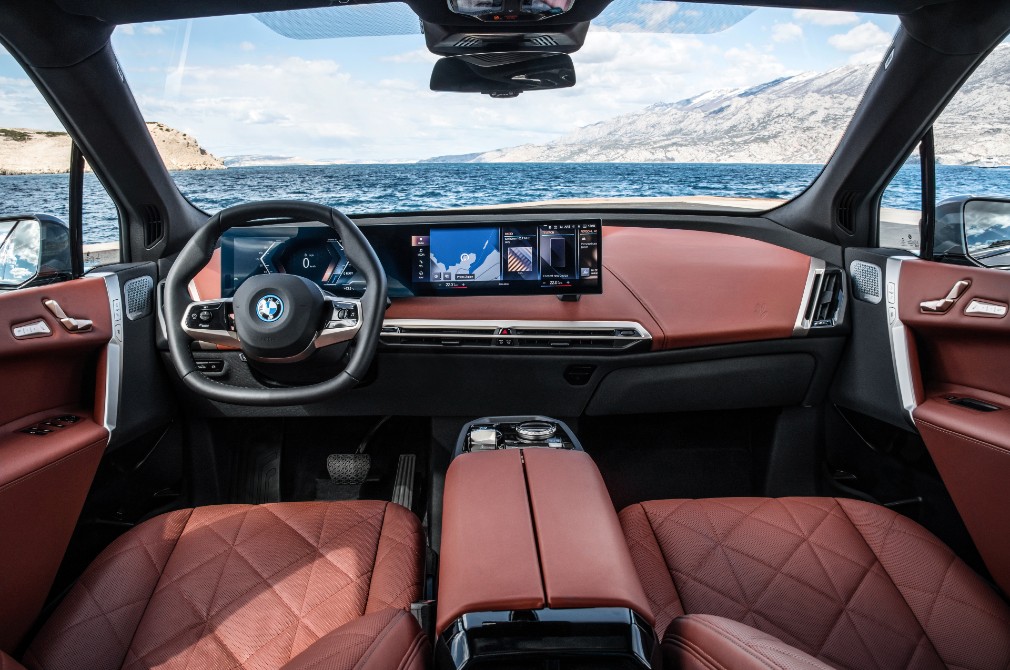 Accessing the infotainment can also be done with the new Controller, which has a glass-effect surface and white backlit buttons.

Instead of physical buttons, a control surface with active haptic input subdivided by feeler bars is used to select the iDrive menus and other functions. Meanwhile, a rocker switch takes the place of the traditional gear selector lever.

Speaking of sound, the BMW iX’s driving soundtrack was created in collaboration with Hans Zimmer. 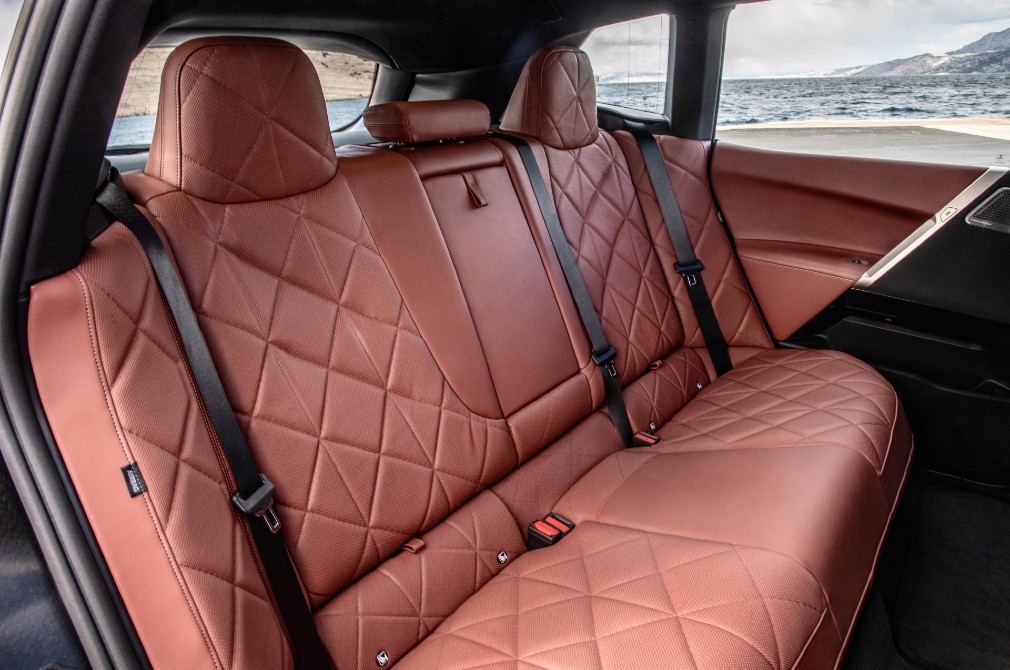 The BMW iX is equipped with the fifth-generation eDrive system. Both the xDrive40 and xDrive50 models have two motors each – one on each axle.

Each motor or drive unit is an integrated package consisting of the motor, power electronics and transmission. This creates a power density that is 40 percent greater than earlier electric drive systems.

It also reduces the space required for its installation. 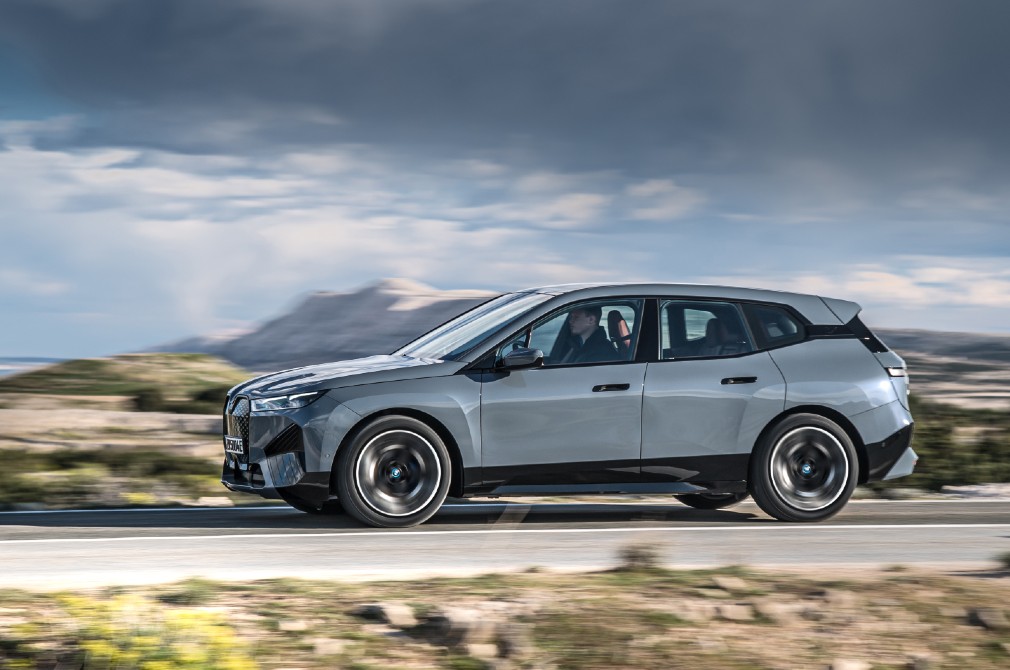 The high-voltage battery’s energy density is 40 percent greater compared to the 2013 BMW i3. Net energy content for the iX xDrive40 and xDrive50 models are 71kWh and 105.2kWh respectively.

BMW says that the iX’s power delivery will be “lightning fast but also remarkably consistent.” The 322hp iX xDrive40 does the century sprint in 6.1 seconds, while the 516hp iX xDrive50 does it in 4.6 seconds.

An even more powerful M60 variant, which will have over 600hp, will join the BMW iX range at a later date. 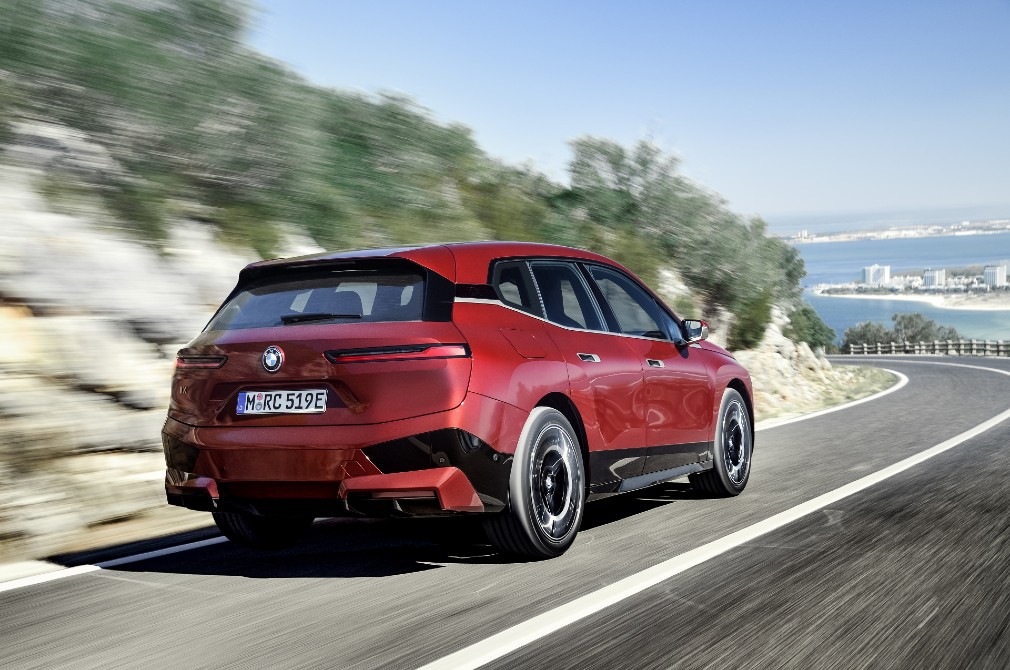 Click here to read about the BMW iX3, the electric version of the X3
Check out BMW’s model lineup in Singapore here