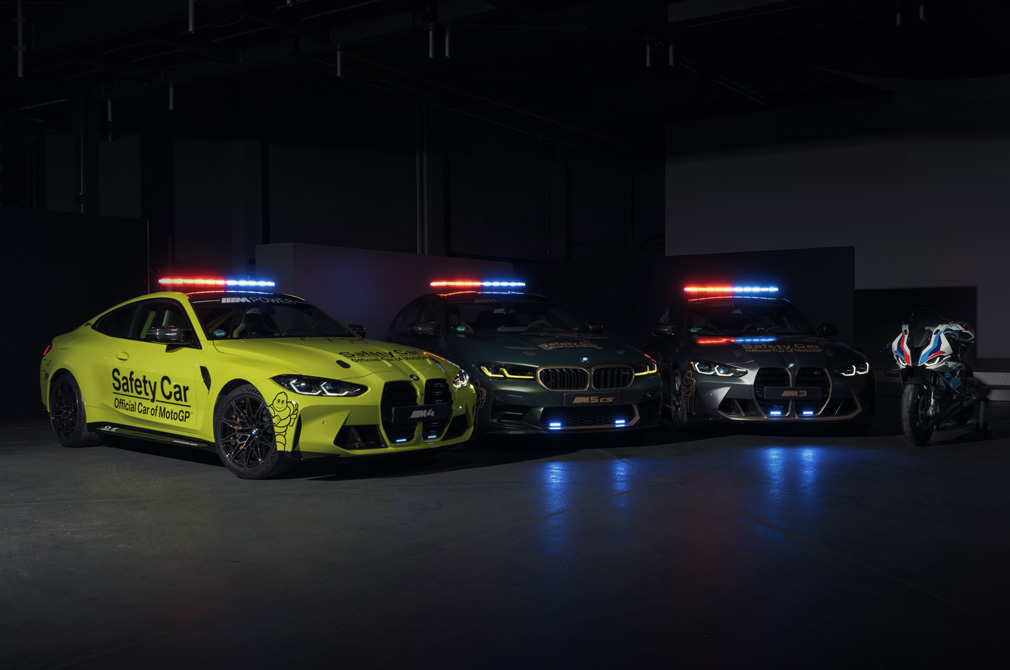 BMW has revealed its new safety cars for the 2021 MotorGP season.

This year marks the first time that BMW M GmbH is presenting three new safety cars and a new safety bike for one season.

The BMW M3, the BMW M4 and the BMW M5 CS safety cars will be celebrating their debuts in Qatar. They will also be joined by the new BMW M 1000 RR Safety Bike.

The BMW M 1000 RR is the first M model from BMW Motorrad and the racing version will be appearing in the Superbike World Championship. 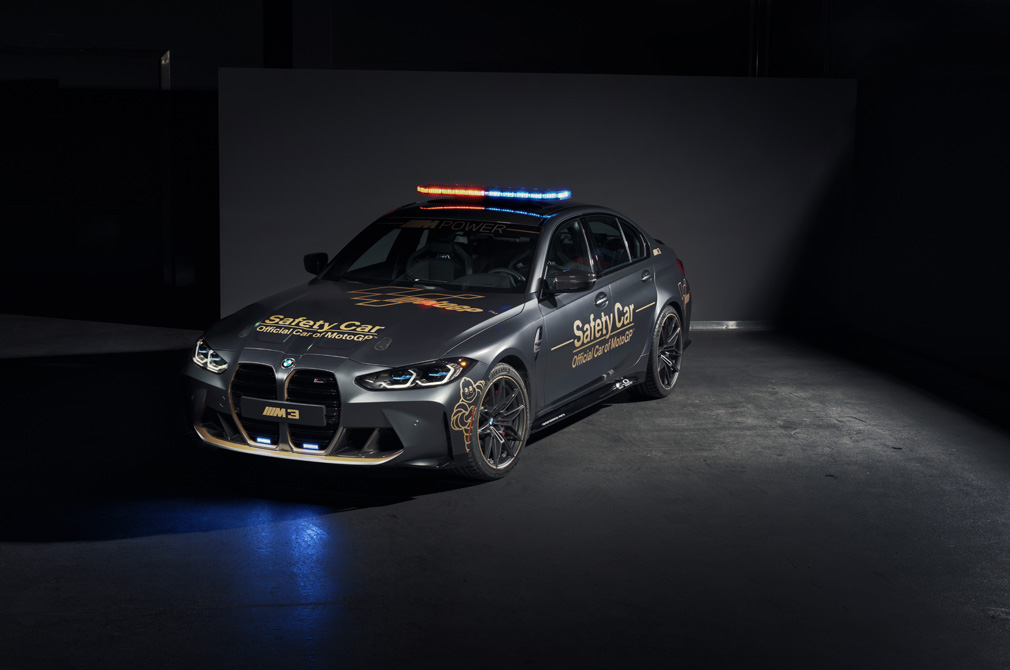 The cars will sport a livery that emphasises their unique colours.

The 2021 BMW safety car fleet will be completed at the first European race of the season, the Grande Premio de Portugal on 18th April in Portimao.

Only a few adjustments to the cars were required to turn them into safety cars for MotoGP. These modifications include the addition of light bars and flashing front lights, as well as quick-release bonnet latches and emergency power shutoffs.

The BMW M4 Competition Coupe Safety Car has had its rear seats replaced with a roll-bar while a four-point harness has been installed. Both the BMW M3 and BMW M4 safety cars sport modified exhaust systems.

BMW M is taking a new approach to colours with the safety cars this year. Instead of appearing in classic motorsport white, the safety vehicles will be sporting exclusive colours from M production models. 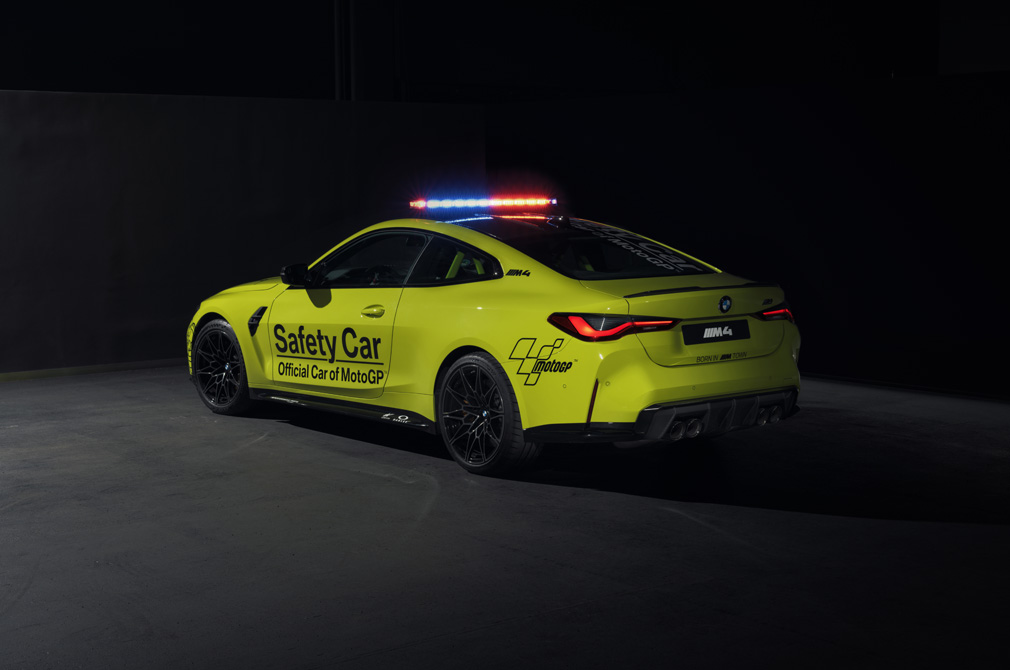 Both the M3 and BMW M4 sport modified exhaust systems.

When designing the livery, BMW M has again chosen to stay with a classic safety car look. It emphasises the basic colours of the vehicles, while simultaneously underlining the typical appearance of a safety car.

The new BMW M 1000 RR Safety Bike is white with the well-known M colours. It bears the livery that the BMW M 1000 RR will also be using in the Superbike World Championship.

Find out more about the BMW M3 and M4 here