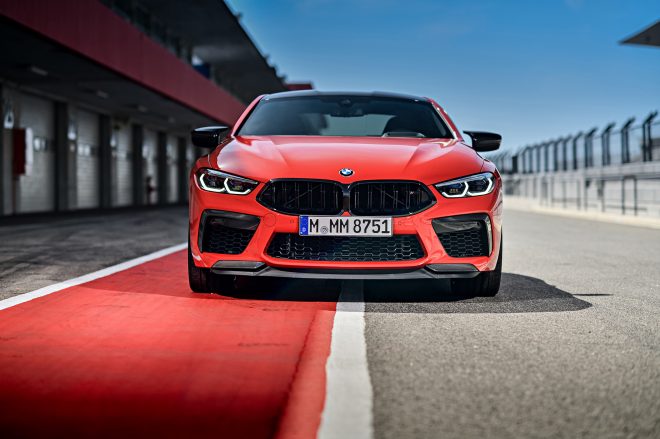 BMW M8 Competition Coupe: the most powerful M car ever made.

The M8 Competition Coupe and Convertible grand tourers may seem like “normal” creations from BMW’s M division, but the 625hp from their fire-breathing 4.4-litre twin-turbo V8s makes them the most powerful M cars ever.

What are the BMW M8 Competition Coupe and Convertible?

They sit atop BMW’s 8-series range to fight off, ahem, competition from cars such as the Aston Martin DB11 and Mercedes-AMG GT R.

BMW has honed these speed weapons to qualify them for the “Competition” badge. Peak torque of 750Nm in the M8 Competition is identical to the M850i, but extends further up the rev range to 5,800rpm (from 4,600rpm). 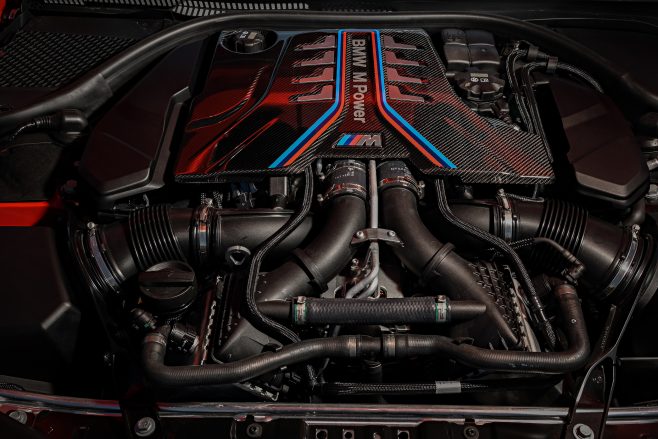 The engine gets an additional water pump to cool the turbos after the engine is switched off and an additional engine oil cooler as well as a separate transmission oil cooler. Stiffer engine mounts improve handling, as do a tower-to-bulkhead strut and a new shear panel for the front end.

To stop the madness, both models get dustbin lid-sized brake rotors (395mm front, 380mm rear) that can be upgraded to even larger M carbon-ceramic brakes. You can toggle between Comfort and Sport for braking intensity. 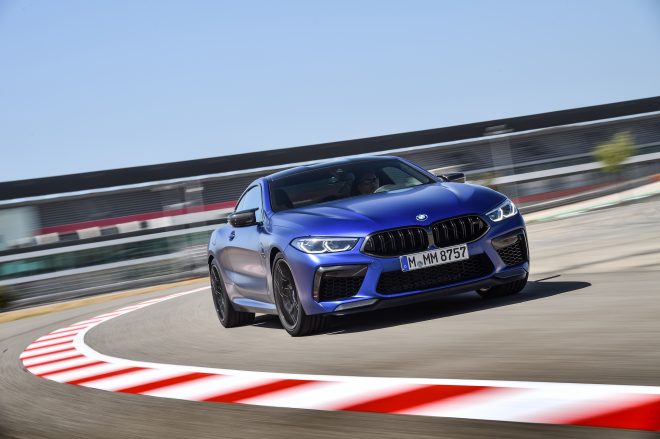 How fast is the M8 Competition? Very. Very quick. Quicker than the competition, you could say.

The Coupe sprints to 100kmh in just 3.2 seconds (half a second quicker than the M850i), while the Convertible does it in 3.3 seconds. Both models top out at an electronically limited 250kmh, but will crack 305kmh if fitted with BMW’s optional M Driver’s package.

And you do all that while sitting in an interior garnished with sporty touches. The red M buttons on the steering wheel and start/stop button hint at the fury bristling beneath, as does a newly designed transmission selector. 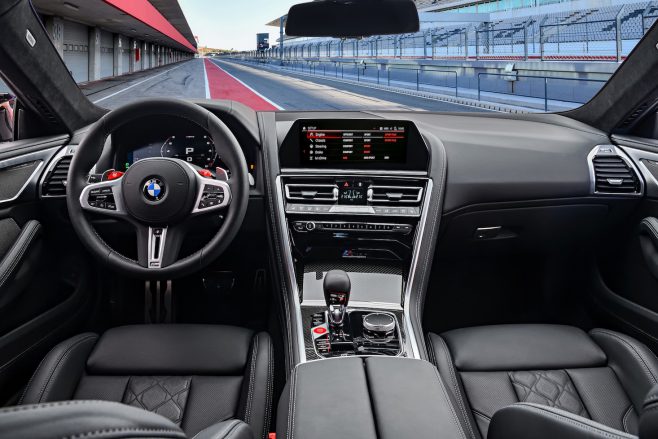 The interior is sporty and appropriately luxurious, but not sufficiently different from the one in a 3 Series. 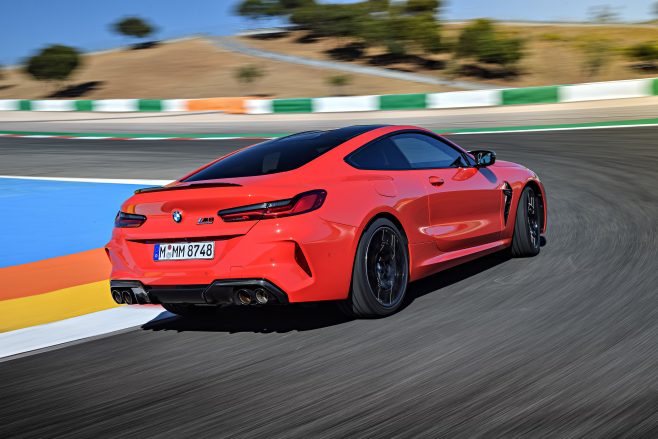 Definitely use the “Track” setting on track, which stiffens the car up and helps it get around technical tracks like Portimao.

That becomes less material after you fire up the throaty, growly V8. Dial in your settings (you can tweak everything from engine responsiveness and suspension to steering and xDrive mode and save them in the steering wheel M buttons) and you have a tailor-made car.

A new “M Mode” button in the centre console lets you choose between Road, Sport and Track settings, which progressively turn down the driver assistance and ramp up the scare factor.

On twisty Portuguese roads leading to the Portimao circuit, the M8 Competition Convertible took the willing lead in a spellbinding performance. Turn after high-speed turn, it felt composed, adroit and unflustered. The ride, firmer than the M850i Convertible’s, imbued confidence in the bends yet retained a suppleness over bumps. It was especially comfortable in Road mode. Trying my hand at the BMW M8 Competition on the incredibly technical Portimao racetrack was…difficult.

The rear-biased xDrive system also assisted in giving the Convertible superior traction out of corners.

The increased power meant superior in-gear acceleration too. At the incredibly technical Portimao track, I got to drive the M8 Competition Coupe at speed.

Progressively dialling back the xDrive settings allowed me to fully experience the harmony of the well-sorted chassis and oodles of mechanical grip from the Pirelli P Zeros. The car gripped and accelerated with racecar-like sharpness, a reminder that it was developed alongside the BMW M8 GTE endurance racer. 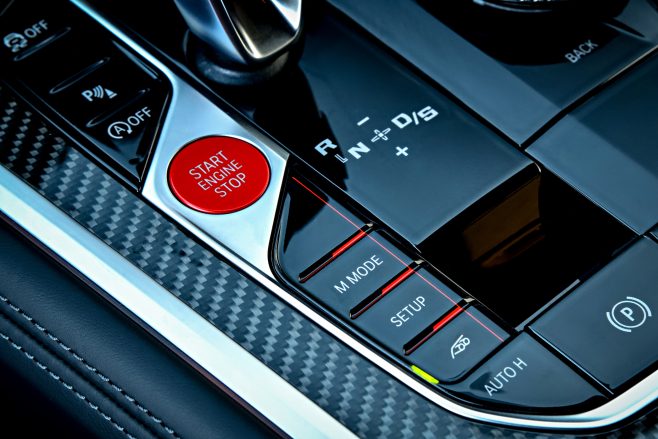 I tried to take Turns 7 and 8 nearly flat out and spun the car, thankfully hurting nothing but my ego.

The M8 Competition has the quickest 0 to 100kmh timing of any current front-engine, two-door GT (aside from the Aston Martin DBS Superleggera). If you are mulling over such cars, your deliberations just got a bit more complicated.