Car fire in Choa Chu Kang: One of the cars’ hood is open and burned beyond recognition, with most of its metal casing having melted away.

A car caught fire while parked in a multi-storey carpark in Choa Chu Kang on Saturday morning (Jan 4). It charred at least two cars parked alongside it.

The Singapore Civil Defence Force (SCDF) said there were no reported injuries from the vehicle fire that happened at 3am.

Photos appear to show the flame originating from the third storey of Block 541A Choa Chu Kang Street 52.

Bits of the cement infrastructure near the affected cars have fallen onto the ground, with at least two bigger plates landing on a third BMW.

One of the cars’ bonnet is open and burned beyond recognition, with most of its metal casing having melted away.

SCDF said its officers extinguished the fire using two water jets and two compressed air-foam backpacks. It is investigating the cause of the mishap. 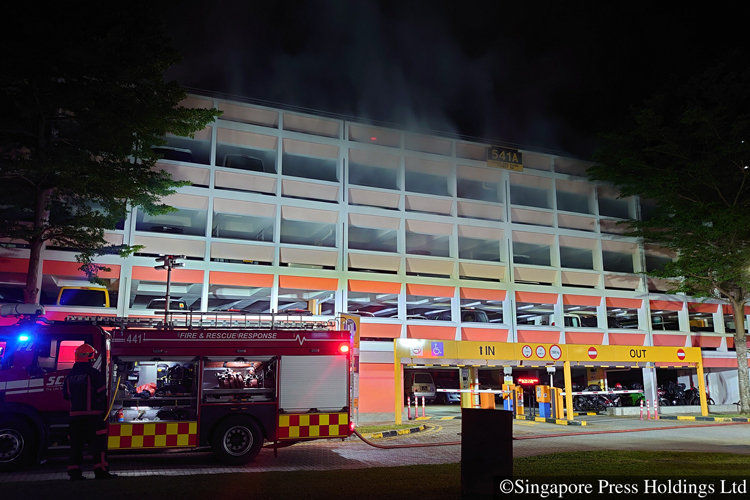 What causes car fires?
Should you buy a fire extinguisher for your car?
How can I prevent my vehicle from catching fire?