Car fires: What causes them and how can they be prevented?
Loading posts... 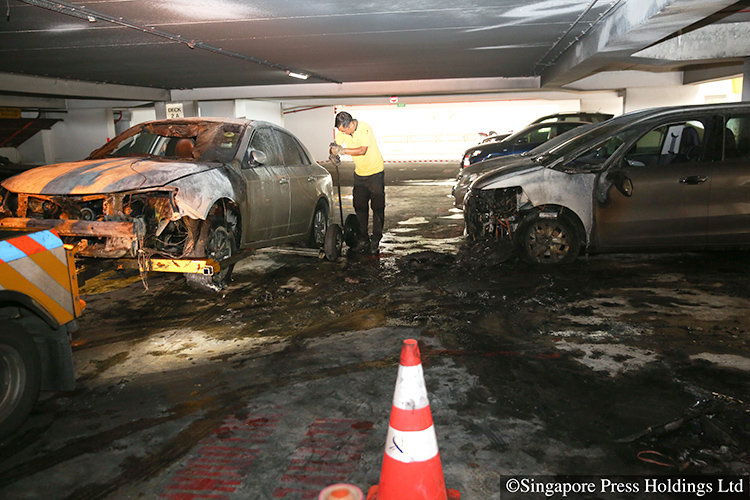 A car being towed away at the multi-storey carpark at Block 141A in Toa Payoh Lorong 2, after three vehicles were involved in a fire on 3 October 2017. The Straits Times understands that a man was trying to jump-start his car when the fire occurred.

I have seen reports of cars catching fire while they are being driven.

Most times, these car fires are not even due to a collision.

Is this something that can happen to any car? Some of the cars that have caught fire appear to be fairly new.

There are a number of reasons cars catch fire. Electrical faults are the most common.

Rarely does it ever happen with a new car unless some electrical accessory like a super hi-fi is installed by an outfit that is not sufficiently professional in the detailed installation.

The type and size of cables, connectors, fuse-links and proper routing of the various wires are very important considerations when any third-party electrical component is fitted to a car.

The main auxiliary electrical supply taken from the battery is critical because, with most cars, the battery shares space with the engine.

How can I prevent my car from overheating and catching fire?

In this space, heat is a problem. And with any wiring, electrical current flow generates heat.

The additional heat from the surroundings must be taken into consideration in sizing the cable.

Extreme care is necessary when installing any accessory that is not an original (factory fitted) electrical component.

For example, swopping your stock headlamp bulbs to higher-powered ones is not recommended as the original wiring may not be designed to take any increase in current.

Sometimes, engine oil leaking onto the exhaust manifold could initiate a fire.

But this usually happens only with older cars, where a worn gasket causes an oil leak in the first place.

Regular care and maintenance will eradicate such problems.

If a particular fuse blows out more than once, it is highly recommended that the exact reason be urgently investigated and isolated.

There are stories of workshops replacing a blown fuse with one of a higher rating to prevent further incidences.

However, what this does is it allows more current flow than it was designed for.

Long before the fuse blows, the wire will overheat and perhaps start to burn the insulation. 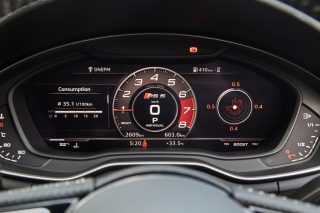