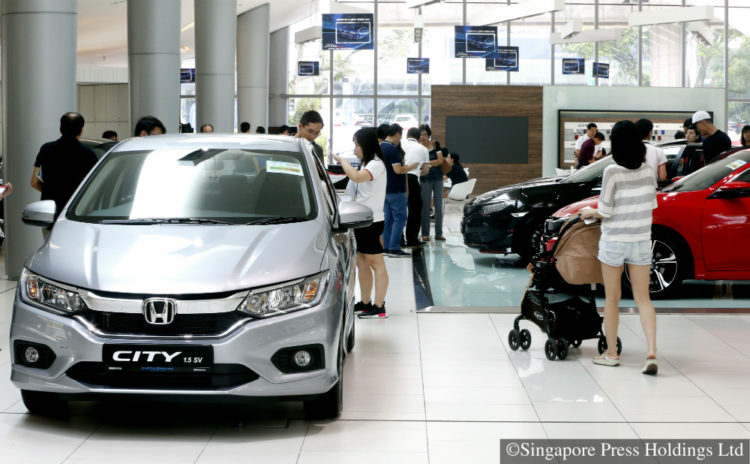 Certificate of entitlement (COE) prices ended mixed in the first bidding of the year on Thursday (Jan 4) as new emissions-based taxes kicked in.

Commercial vehicle COE slid from $45,112 to end at $40,101 – its lowest since last July. Motorcycle premium continued northwards to hit $7701 – its highest since last March.

The rise in COE for smaller cars was fuelled by a surge in buying after premiums plunged to $38,200 last month.

But the increase was tempered by uncertainty over the new Vehicular Emissions Scheme (VES), which accords tax rebates or surcharges based on a car’s emissions, and which came into effect on Monday.

For instance, Borneo Motors, authorised agent for the best-selling Toyota brand, collected orders for its Corolla Altis with a $10,000 surcharge in November.

But last month, it dropped the surcharge when it became clearer that the Altis was actually in the Neutral band of the VES. Borneo Motors said it will now refund buyers who have booked the cars with the surcharge.Certificate of Entitlement (COE) prices finished mixed in the first round of bidding in January on Thursday (Jan 4).