Drink driving, accidents and traffic offences on the rise in Singapore
Loading posts...
0 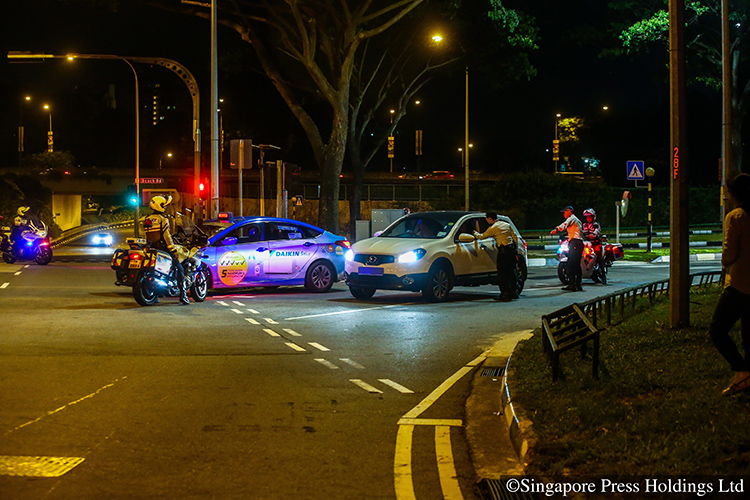 Drink-driving accidents registered a spike last year while traffic offences such as red-light running violations and accidents also jumped, according to statistics released by the Traffic Police in February 2019.

The number of motorcyclists who were drink-driving and got involved in accidents also rose – by 51.3 percent from 39 cases in 2017 to 59 last year.

The number of drink-driving arrests dropped by 3.7 percent to 2002 persons last year, despite an increase in the number of enforcement operations conducted.

Motorcycle-related accidents still rising
Another concerning trend is in the area of accidents involving motorcyclists.

These deaths accounted for almost half of all road traffic fatalities last year.

Incidents resulting in injuries where motorcyclists were involved increased by 2.1 percent to 4358 cases last year, from 4270 in 2017.

Private-hire: Top 3 reasons why they may get into accidents

But mishaps resulting in injuries dropped slightly by 0.5 percent to 7690 cases last year, from 7726 in 2017, according to the statistics, which showed bright sparks in some areas.

The number of speeding-related accidents dipped by 5.6 percent to 719 cases last year, while speeding violations detected also dropped by 5 percent to 156,157.

The number of incidents involving elderly pedestrians dropped by 6.2 percent to 259 last year, from 276 in 2017.

But Traffic Police (TP) Commander, Senior Assistant Commissioner (SAC) Gerald Lim, speaking to the media on the sidelines of an event held at the Road Safety Community Park in East Coast Parkway on Thursday, said elderly pedestrians remain a concern.