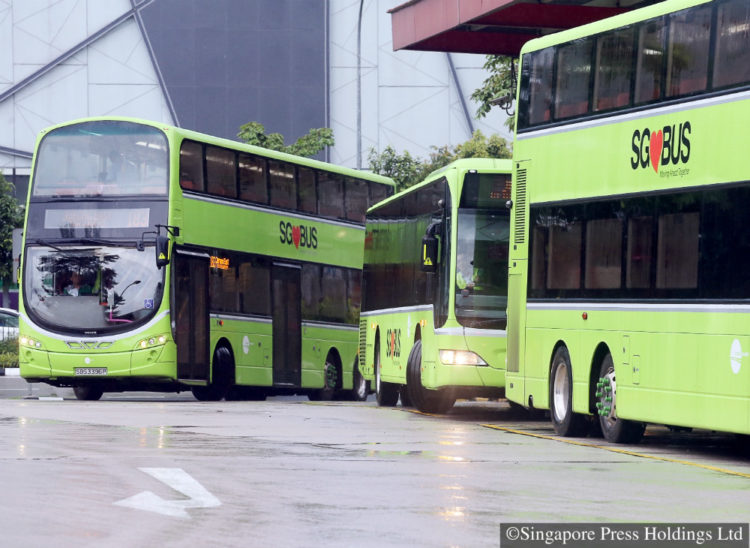 The Land Transport Authority called a tender on Tuesday (Aug 15) for proposals for a trial of “on-demand, dynamically-routed” public bus services.

This would allow commuters to use a mobile app to request pickups and drop-offs at any bus stop within a defined area.

“Instead of being able to alight only at a bus stop along a pre-determined, fixed route, he or she can ask to alight at any bus stop in the operating area, making the commute more seamless and convenient than today,” said the LTA, adding that such a service could deliver better and more customised bus services, as well as possibly shorter waiting times.

The trial will help LTA assess if such bus services will allow better optimisation of both buses and bus drivers, as well as lower operating costs in areas and periods with low ridership.

The trial is expected to be conducted on seven services plying three areas – services 253, 255 and 257 in Joo Koon, services 84 and 382 in Punggol North and Punggol West and services 400 and 402 for Shenton Way and Marina South – which currently have low demand during off-peak hours and might better serve commuters if converted into on-demand services.

The first phase of the tender, to be awarded in the fourth quarter of this year (2017), will require the successful firms to conduct modelling and simulation to test service quality and resource requirements, allowing the LTA to determine the parameters for the actual trial.

In the second phase, to be awarded in the second quarter of next year (2018), public bus operators will “test and calibrate software and hardware solutions” provided by the successful firms before beginning trials of actual on-demand, dynamically routed bus services in the second half of the year (2018).

“In the lead-up to the actual trial, LTA will work with the bus operators and communities to educate and assist residents and commuters in the trial areas on how to use such bus services,” said the authority.

During the trial, the usual scheduled bus services will continue to be run, but less frequently, for the benefit of commuters who are unfamiliar with the new bus services.

“Data analytics and mobile application technology have revolutionised the way that we travel, as we have seen in the success of ride-hailing. This tender will allow us to explore if such technology could also be applied to public bus services to deliver better services to commuters, and also to optimise precious resources,” said LTA public transport group director Yeo Teck Guan.