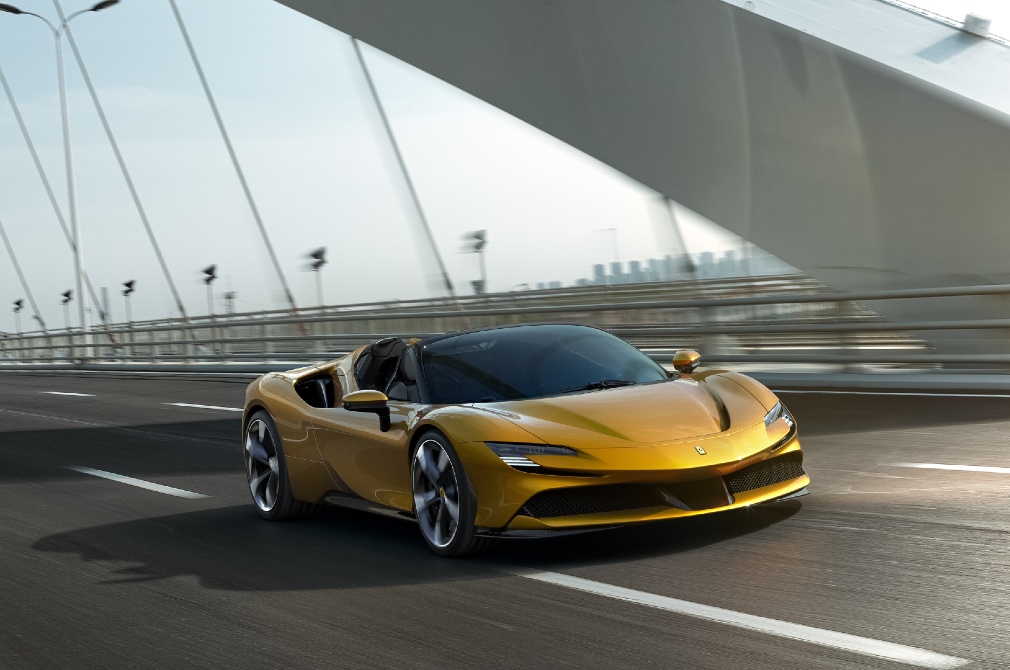 It has been a very busy year for Ferrari despite the COVID-19 pandemic. The supercar manufacturer has introduced the SF90 Stradale, Roma and Portofino M in quick succession.

Hot on the heels of these models is the Ferrari SF90 Spider, the retractable hard-top version of the SF90 Stradale.

As you might already know, the Ferrari SF90 Stradale is a hypercar that Ferrari is offering as a series production. This means it has no real cap on production numbers, unlike limited-edition models like the Enzo or LaFerrari.

Ferrari plans to continue production according to demand until the end of the SF90 Spider’s life cycle. 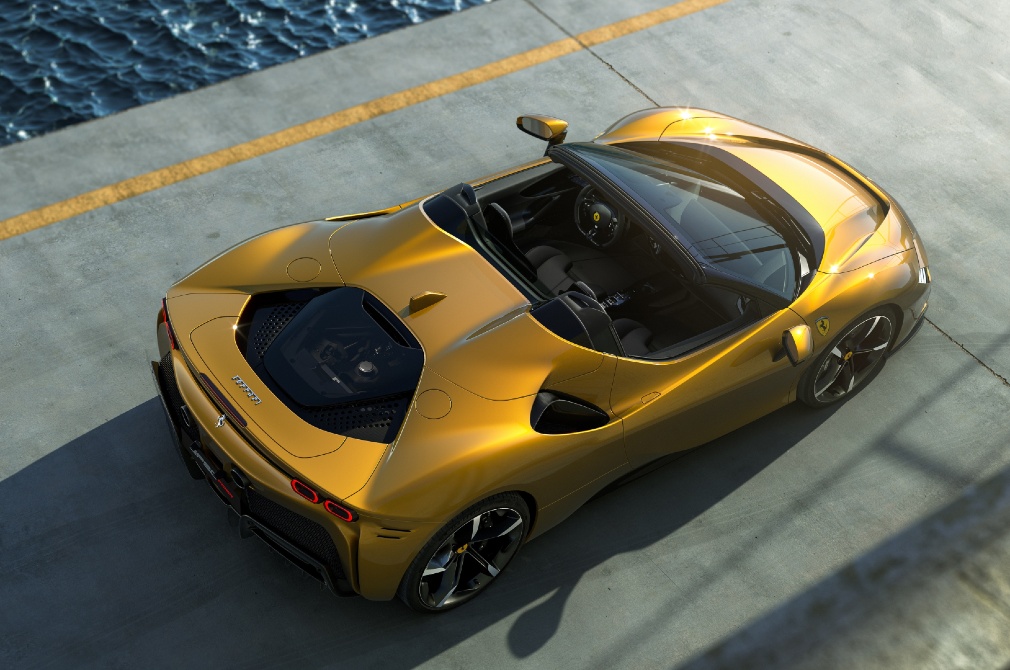 Of that figure, 780PS comes from the car’s twin-turbocharged 4-litre V8, while the remaining 220PS is produced by the front-mounted electric motors. This effectively makes the SF90 Spider an all-wheel-drive.

Aerodynamicists kept the car’s downforce at an impressive 390kg at 250km/h. And despite losing the roof, the SF90 Spider’s shape is close to that of the Stradale’s.

Convertibles require structural reinforcements due to the lack of a fixed roof, but Ferrari has worked hard to keep the car’s overall weight down. The Spider is only 100kg heavier than the SF90 Stradale.

This hasn’t really affected the performance of the Ferrari SF90 Spider. Like the Stradale, it sprints from a standstill to 100km/h in 2.5 seconds. It does take the car seven seconds to do zero to 200km/h, or 0.3 of a second slower than the Stradale.

That’s still astonishingly quick by any measure. The Ferrari SF90 Spider has a top speed of 340km/h. 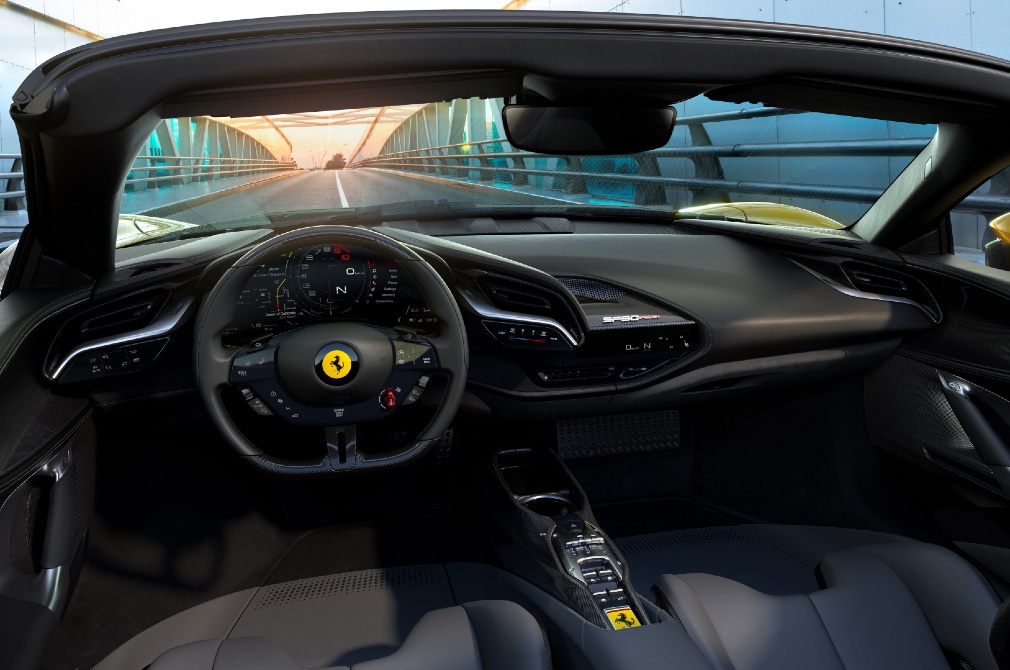 Ferrari has fine-tuned the SF90 Spider’s exhaust sounds and pipes them into the cabin mechanically via what they call a “hot tube system”. This is done so that drivers can hear the classic “Ferrari wail”, while still keeping the exterior drive-by noise low.

If noise is an issue where one lives, the Ferrari SF90 has an EV-only mode with a range of up to 25km and a top speed of 135km/h.

Energy recovery via the hybrid system is a priority, so there is brake-by-wire to ensure the most optimal energy recovery while giving the best braking performance.

Also new in the Ferrari SF90 Spider is a completely redesigned 8-speed DCT (dual-clutch) gearbox that is designed to handle more than 900Nm of torque.

It is 10kg lighter and has a lower centre of gravity. More significantly, it also shifts 30 percent faster than the previous 7-speed dual-clutch gearbox. 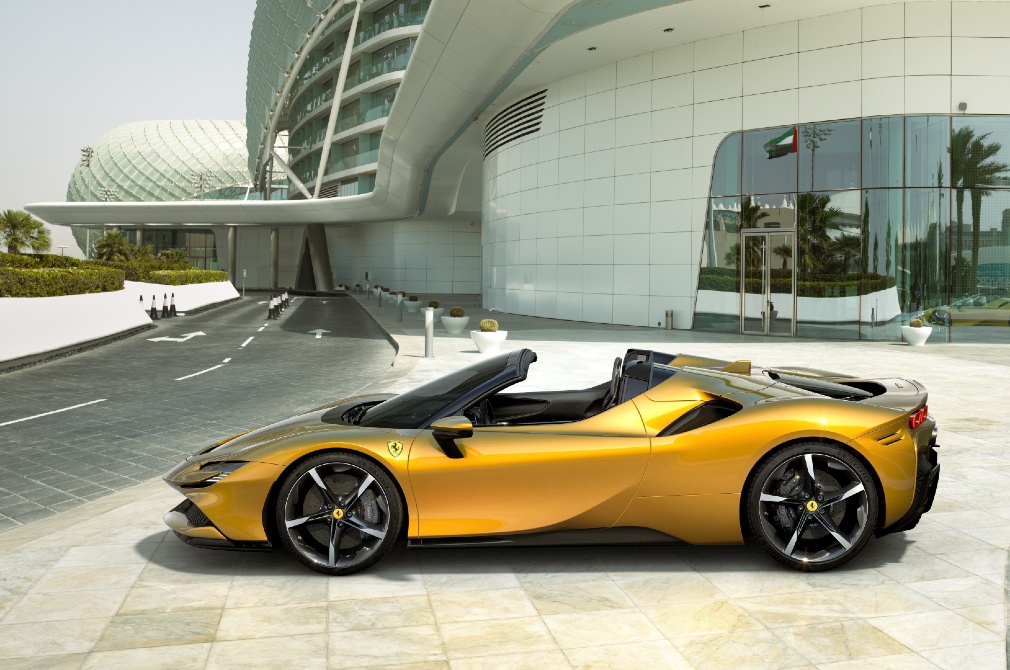