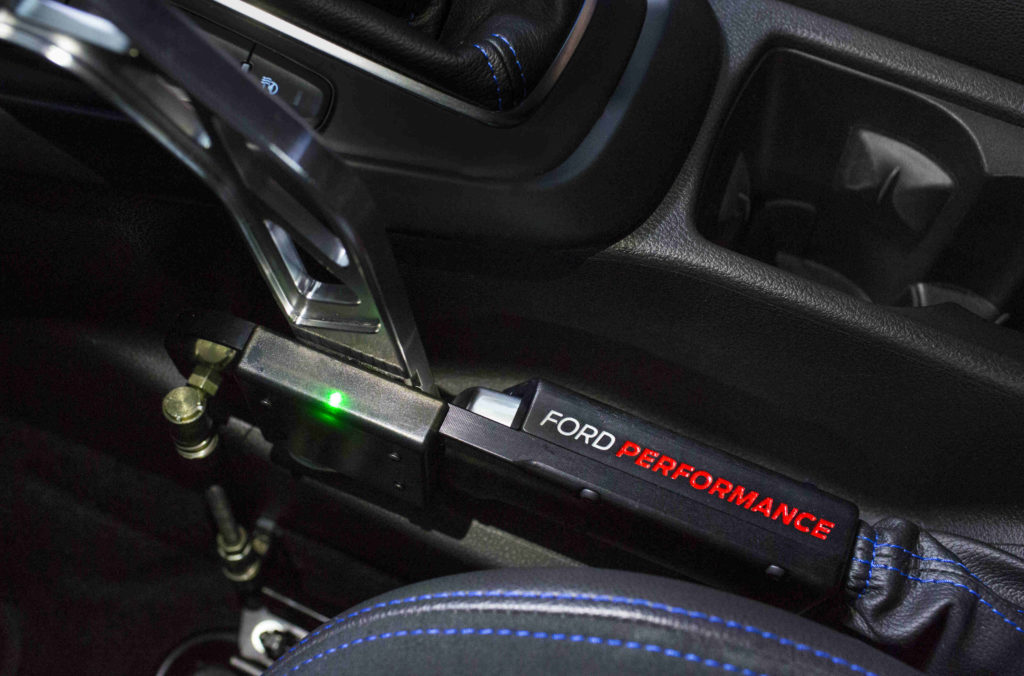 The Drift Stick – internally called Project Wicked Stick and led by Ford Performance program manager John Wicks – was born out of the Focus RS industry-first Drift Mode and developed by the same team.

The Drift Stick is an aluminium lever between the driver’s seat and manual transmission, which uses the innovative Ford Performance all-wheel-drive system in conjunction with the anti-lock braking system, opening up the rear-drive unit clutches and applying hydraulic pressure to lock the rear wheels to induce drift with the simple pull of a lever.

The results are clutch-free drift turns very similar to the experience of a real rally car.

For final sign-off, professional rally driver Ken Block was consulted on the Ford Performance Drift Stick. Noted for his viral gymkhana videos, Block is one of the most prolific users of the hydraulic handbrake in rally cars. He pushed for the electronic handbrake to provide everyday drivers with the quickest possible way to get the Focus RS sideways for large-angle drifts.

Since a hydraulic handbrake would have required substantial modifications to the car that couldn’t be easily reversed, the Ford Performance Drift Stick was developed as an entirely electronic technology.

Once the wizardry began, a Ford Performance engineer noted the many similarities in its electronics with a part Ford already sells on a regular basis – the professional calibration tool. Integrating this existing technology resulted in easily plugging a USB cable into the Ford Performance Drift Stick to pull select diagnostic data and upload powertrain calibrations for the Focus RS.

The digital design enables a number of key benefits. Engagement/release is instantaneous – just 2.26 to 2.72kg of pressure is required to operate the Ford Performance Drift Stick, significantly less than a hydraulic handbrake, so it’s easy to use and precise. Installation or removal is easy, as there is no welding, hole drilling or callipers as necessary in a hydraulic kit. It also connects to the on-board diagnostics port in the Focus, allowing it to function as a professional calibration tool.

Like the RS’s exclusive drift mode, the Ford Performance Drift Stick is intended for track use only. It is available for customers in the United States and Canada, and priced at US$999. The kit includes the Drift Stick lever, mounts, and circuit board with professional calibration functionality. The car’s warranty is unaffected by its installation. 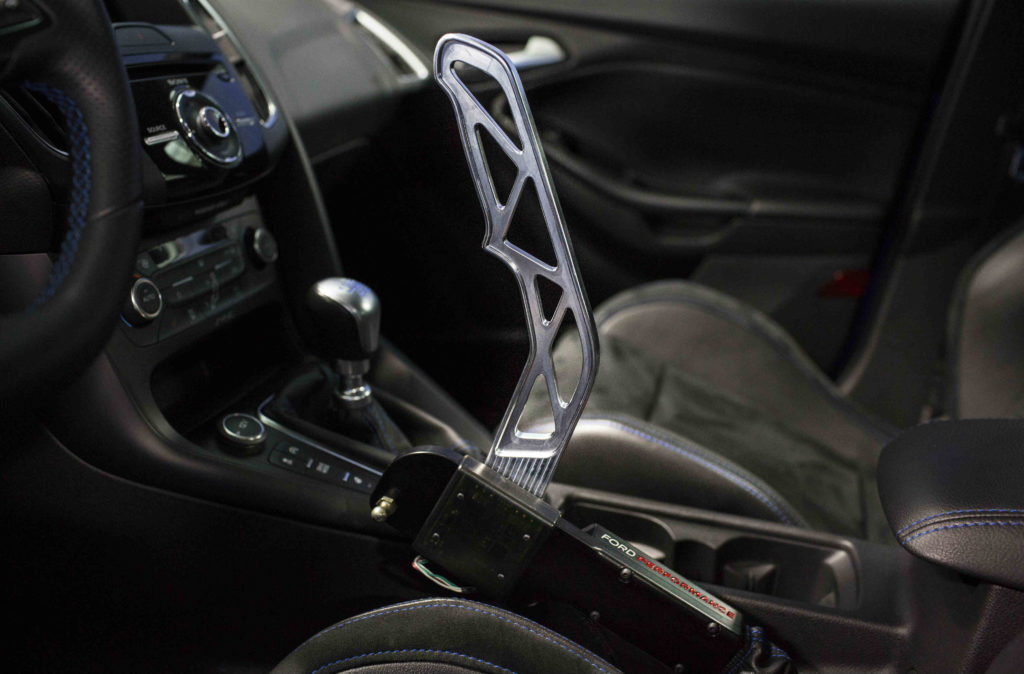 Read about Ford’s initiative to challenge children to think like car engineers. 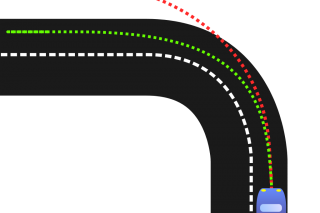