Oversteer and understeer: how do I avoid them? | Torque
Loading posts...
0

Oversteer and understeer are terms used to describe two different situations in which a car behaves differently than what the driver commands it to.

Sometimes, these terms pop up when you watch or read car reviews.

When the reviewer mentions oversteer or understeer in the story, it’s to describe what the tyres are doing at the limits of grip.

However, most people will, if ever, encounter oversteer or understeer in the course of daily commuting. But never say never: these situations could strike when you least expect it. 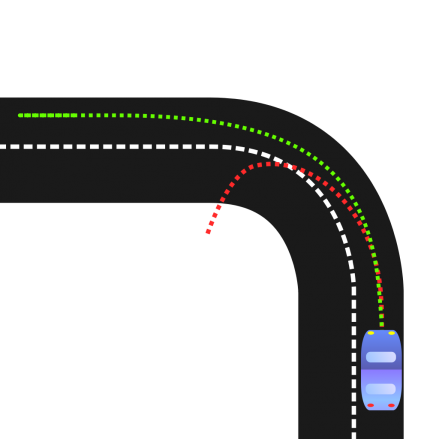 An example of oversteer, where the car’s rear end breaks traction and wants to step out despite the front wheels still in contact with the road and tracing a line through the corner. Photo Dan Hieperboree

It can happen in any vehicle, but more often in rear-wheel-drive vehicles due to the power being sent to the rear axle.

Oversteer occurs when, in a corner, the car’s front tyres continue tracing the cornering line but the rear starts to break loose from the surface it is travelling on.

That usually happens if the road is wet and if the driver applies a surfeit of power, causing the tyres to spin faster than the grip the road surface offers.

The rear tyres will tend to push in the direction opposite to the turn, which makes the back end swing out.

The resulting motion, if unchecked by steering or throttle inputs, will cause the car to swing around, or ‘fishtail’.

How can I prevent oversteer?

If you feel the back end of your car start to come round, don’t immediately jump off the throttle or jump on the brakes.

That could cause snap or lift-off oversteer.

Keep steering in the direction you want to go and gently modulate the throttle or brakes to bring your car to a gradual halt.

In addition, don’t turn off your car’s traction control or dynamic stability control if the roads are wet.

Those systems provide a safety net to catch you should you encounter oversteer. 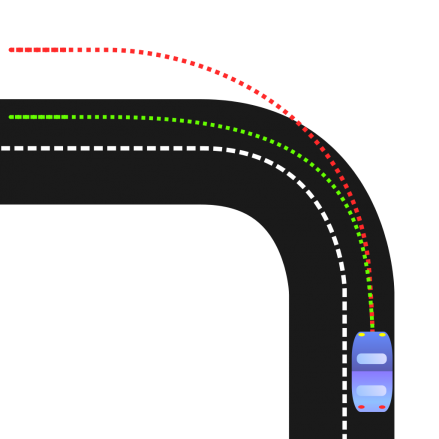 An example of understeer, where the car wants to plough on despite the driver having turned the wheel to round the corner. Photo Dan Hieperboree

Understeer is the opposite of oversteer above.

It happens when a driver turns the steering wheel to round a corner but the front wheels continue on a straight course and refuse to “hook into” the turn.

Understeer happens when the front tyres are made to change direction while handling power input or braking.

It happens mostly at excessive speeds.

Most passenger cars are in fact set up to understeer, so it is easier for the driver to regain control compared with an oversteer situation.

How do I prevent understeer?

As is the case with oversteer, slow the car down by gently easing up on the throttle and gradually applying the brakes.

Don’t jump off the throttle or brakes as that might exacerbate the situation.

The good thing about understeer is that it is somewhat easier to recover from than oversteer.

Also, the most important thing is to not speed. That would help you avoid understeer (and oversteer) completely. 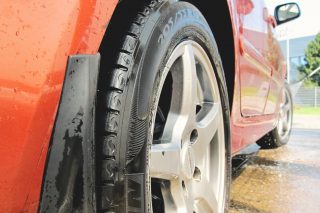 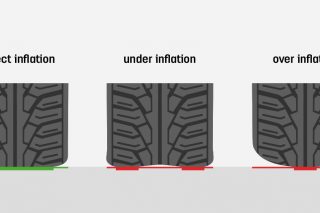 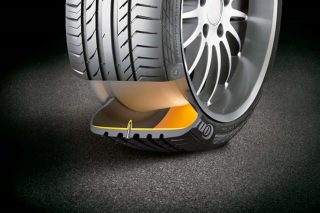