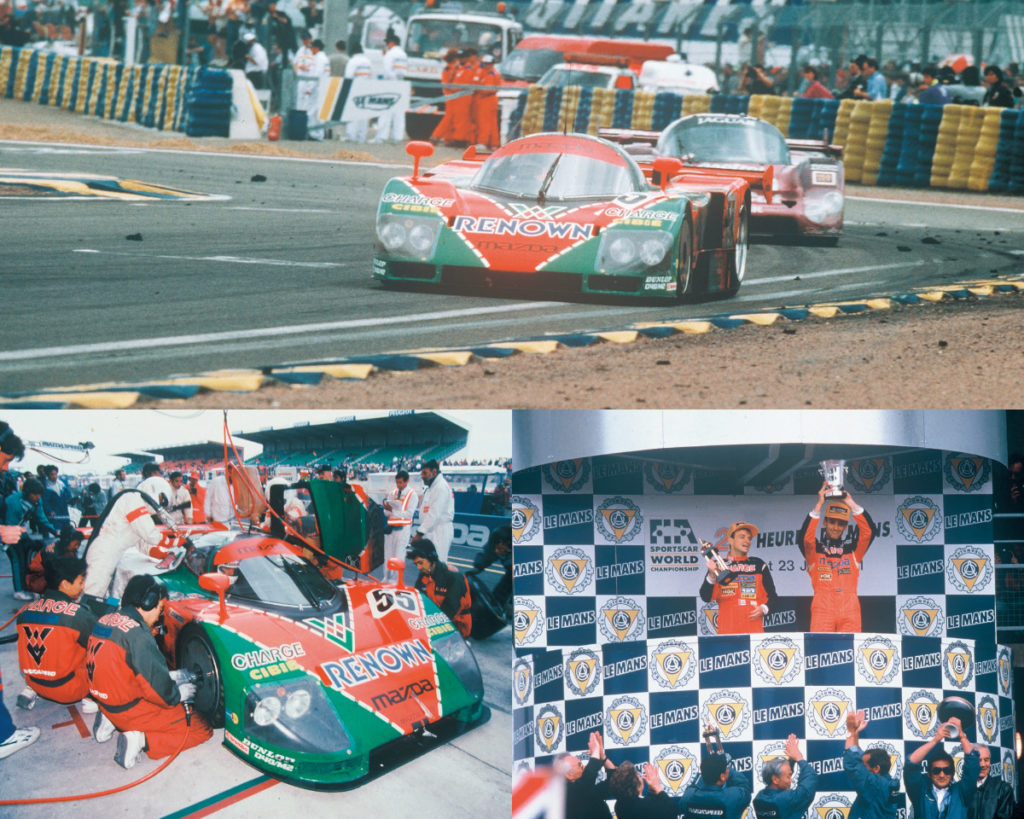 Nestled in the coastal hillsides of the scenic Monterey Peninsula, Mazda Raceway Laguna Seca is widely considered to be one of the most beautiful motorsport facilities in the world.

Its aesthetic appeal is now further enhanced with the addition of a giant artwork of the legendary Mazda 787B to the hillside visible to those traveling the Monterey-Salinas Highway (State Route 68). The mural painted on a plywood board stands at 9.75 metres long and 3 metres tall.

The iconic Mazda 787B is legendary in the endurance racing world. Mazda is the only Japanese automaker to win the 24 Hours of Le Mans to date. The No. 55 racecar driven by Johnny Herbert, Volker Weidler, and Bertrand Gachot won the prestigious event in 1991, using an aggressive strategy made possible by the car’s impressive reliability and fuel economy.

The 787s were the last Wankel rotary-powered racing cars to compete in the World and Japanese championships, using Mazda’s R26B engine.

The 787B is distinctive for the glorious, high pitch generated from the rotary engine that easily revved to 9000rpm during endurance racing events, and the bright orange and green colours inspired by sponsor Renown, a clothing company which made argyle socks.

The famed racing machine has lived on at Mazda Raceway Laguna Seca with frequent appearances at the annual Rolex Monterey Motorsports Reunion, and its legacy at the 11-turn, 3.6km road course is enhanced with the bright, colourful visual representation on the hillside.

The artwork was created by Salinas, California resident John Cerney. The Sports Car Racing Association of the Monterey Peninsula (SCRAMP) commissioned Cerney to make the Mazda 787B along with the mural of Grand Prix motorcycle legend Wayne Rainey that began decorating the County of Monterey-owned Laguna Seca Recreation area in July.

Check out the Mazda RX-9, a potential successor to the RX-8.