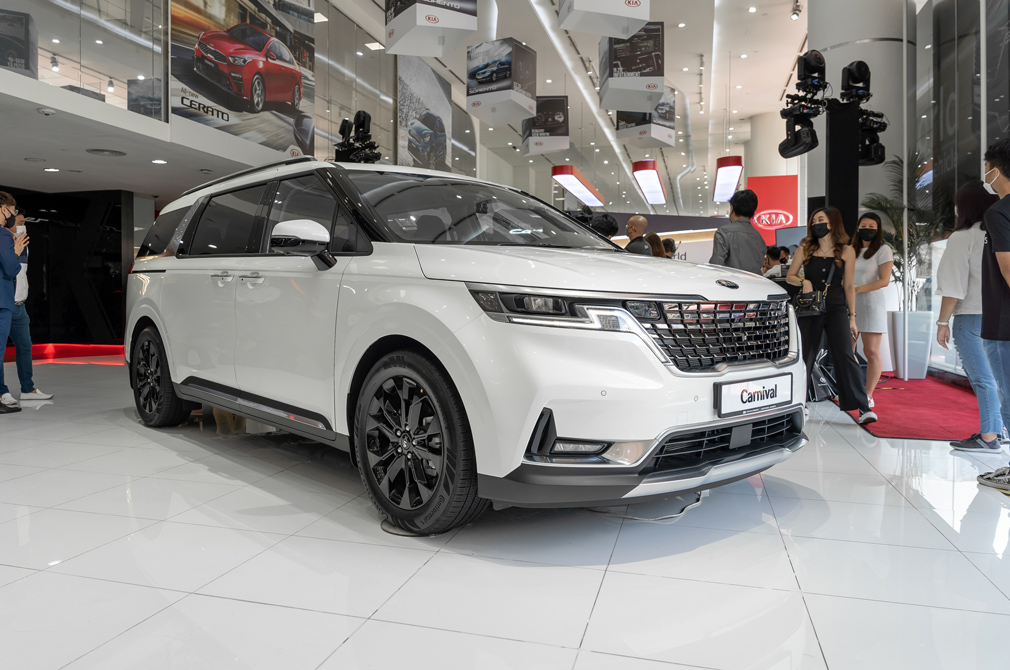 If the acronym GUV sounds unfamiliar, it is because it is a new description coined by Kia.

Kia says that the latest Carnival is the world’s first GUV, which is an “SUV-inspired form” that is a “radical transformation of the MPV design and breaking from the category’s stereotypical mould”.

The “grand” part of the Carnival is not in dispute. It cuts a regal presence with its 5,155mm length, which is longer than most cars on the road.

The Carnival comes in two forms, with seven or eight seats, and it is one of the largest people mover and load lugger on sale in Singapore today. 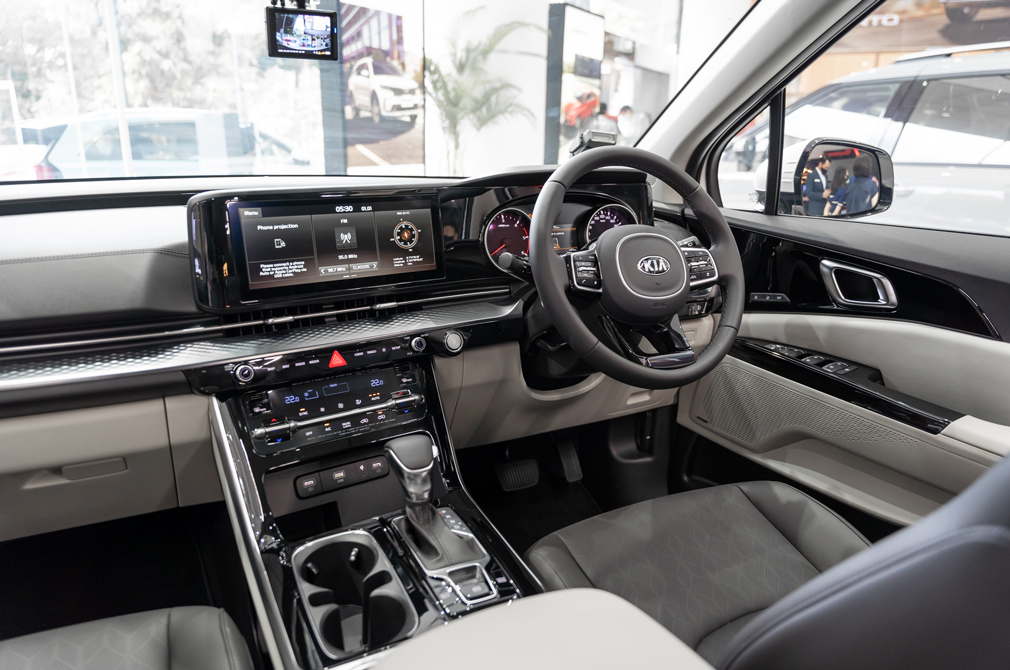 Whatever the Carnival is called, it has SUV design cues – shorter front overhang, metallic lower skid plate, bulging wheel arches and roof rails. But it also has sliding rear doors.

The versatility of the cabin is impressive.

In the seven-seater version, the second-row passengers get reclinable captain seats with seat ventilation.

The middle seat at the second row of the eight-seater version can be rotated around to fit a child seat, or folded down to become a shared table.

All three second-row seats can even be removed and the Kia Carnival becomes a five-seater with plenty of legroom. 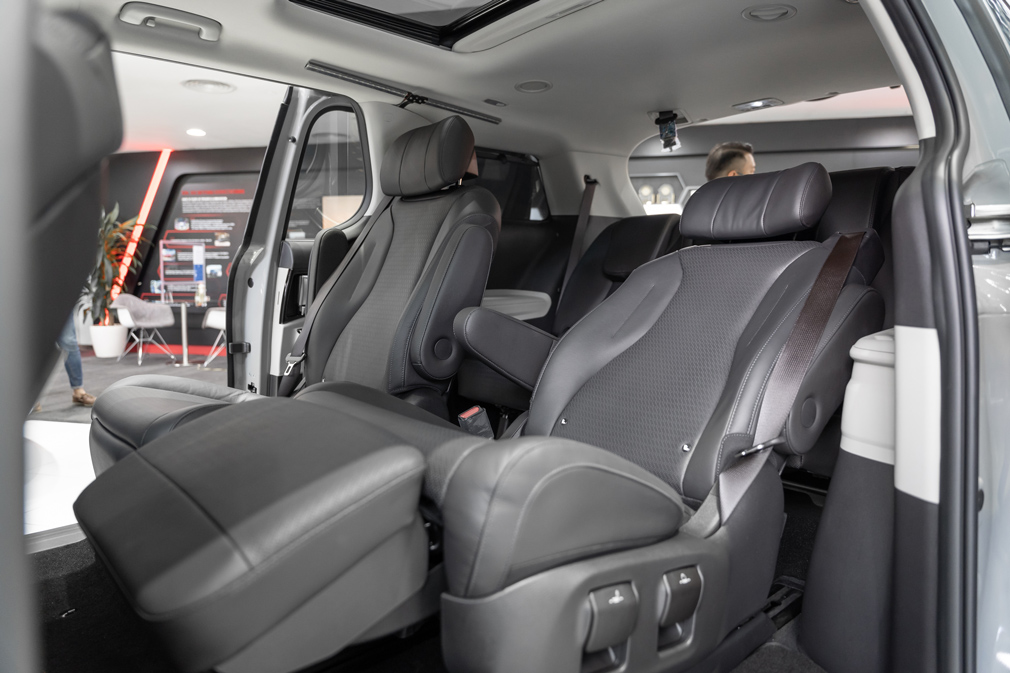 The driver and passengers can enjoy an extensive list of amenities. The 12.3-inch touchscreen display is compatible with Apple Carplay and Android Auto, there is wireless and USB charging for multiple devices.

An unusual safety feature is safe exit assistance – the power sliding doors cannot be opened if the Kia Carnival detects approaching cars from behind on either side of the car. This feature will put parents with young children at ease.

The Carnival is powered by a 2.2-litre turbo-diesel engine that produces 199hp (202PS) and 440Nm of torque. It is paired with an 8-speed automatic gearbox. 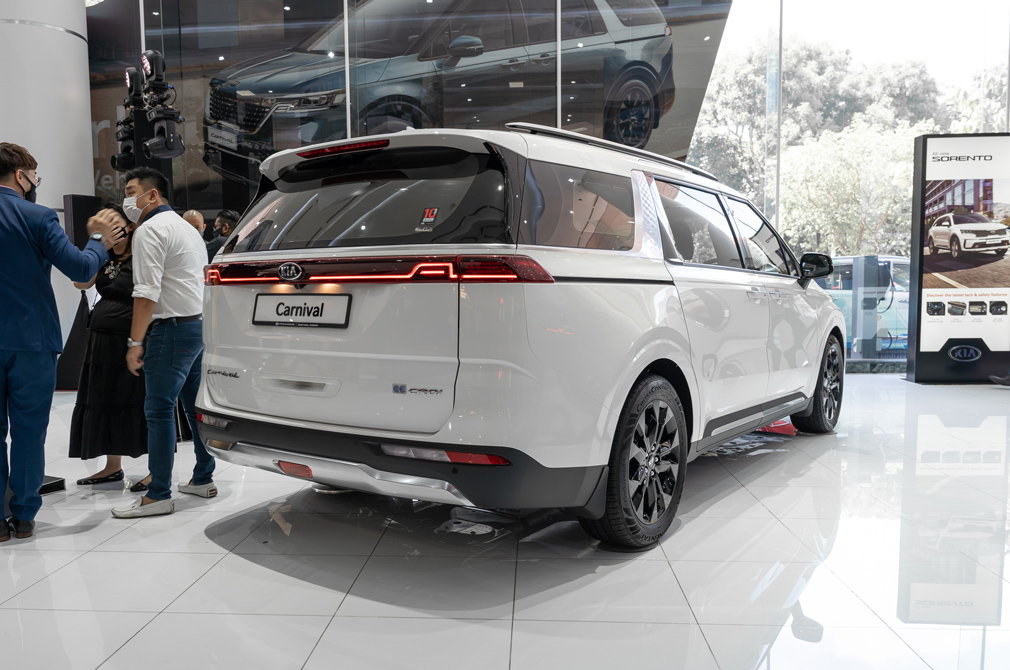