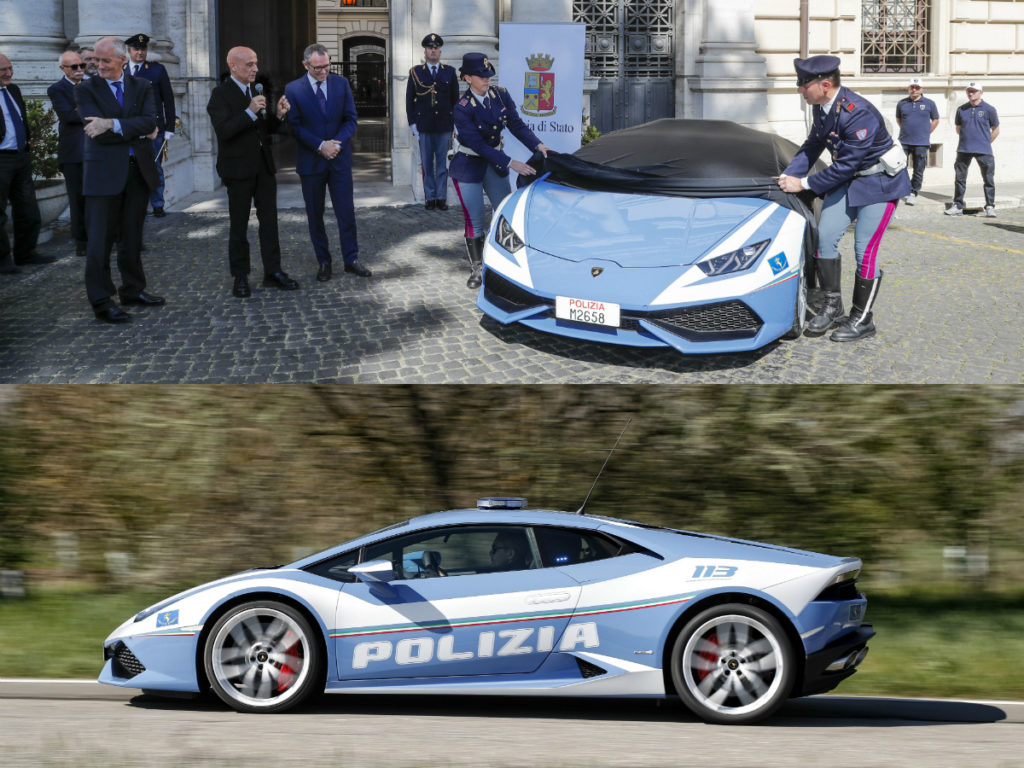 Automobili Lamborghini has delivered a new Huracan Polizia, the police version of its Huracán super sports car, to the Italian Highway Patrol in Rome. The keys were handed over to Interior Minister, Senator Marco Minniti, at the Viminale building by Stefano Domenicali, CEO of Automobili Lamborghini. Also attending the ceremony was Chief of Police and General Director of Public Safety, Franco Gabrielli.

The ceremony also provided an occasion to hand over to Rome police the 2009 Gallardo Polizia from the Lamborghini Museum in Sant’Agata Bolognese. The car will be on permanent display at the Highway Patrol Auto Museum in Rome.

The Huracan Polizia will be used in highway patrol service, and for first aid and emergency medical transport. It sports the official colours of the Italian Police (Police Medium Blue), with the white areas and lettering specially executed to match the Huracan’s dynamic look. The livery is completed by a stripe divided into the three colours of the Italian flag, which runs along both sides of the vehicle.

As is true for all Lamborghinis, the Huracan Polizia is equipped with Pirelli P Zero tyres, but their sidewalls are tinted in Police Medium Blue and were specially created for the occasion.

As is true for the standard model, the Huracan Polizia is equipped with a 5.2-litre naturally aspirated V10 that produces 610bhp, as well as all-wheel-drive and a hybrid chassis made of aluminum and carbon fibre. These outstanding characteristics ensure extreme performance and maximum stability, even at very high speeds.

The cabin of the Huracan Polizia has been given the latest advancements in technology, which include an on-board system consisting of a tablet supplemented with a computer, recording equipment and a video camera. These systems are used to document police operations on the road.

In addition to its high-tech equipment, the Huracan Polizia is, of course, fitted with the traditional array of police equipment, such as a gun holster, portable extinguisher, standard VHF police radio and hooks for retaining the classic red-and-white, hand-held stop sign used to stop vehicles safely.

An essential task of the Huracan Polizia is to provide medical assistance. To this end, the luggage compartment at the front of the vehicle hosts a special refrigeration system for the urgent transport of organs to be transplanted. To provide emergency first aid to the injured, the Huracan is also equipped with a defibrillator, which can save lives by inducing targeted electric shocks that restore normal heartbeat in case of serious arrhythmia or ventricular fibrillation. 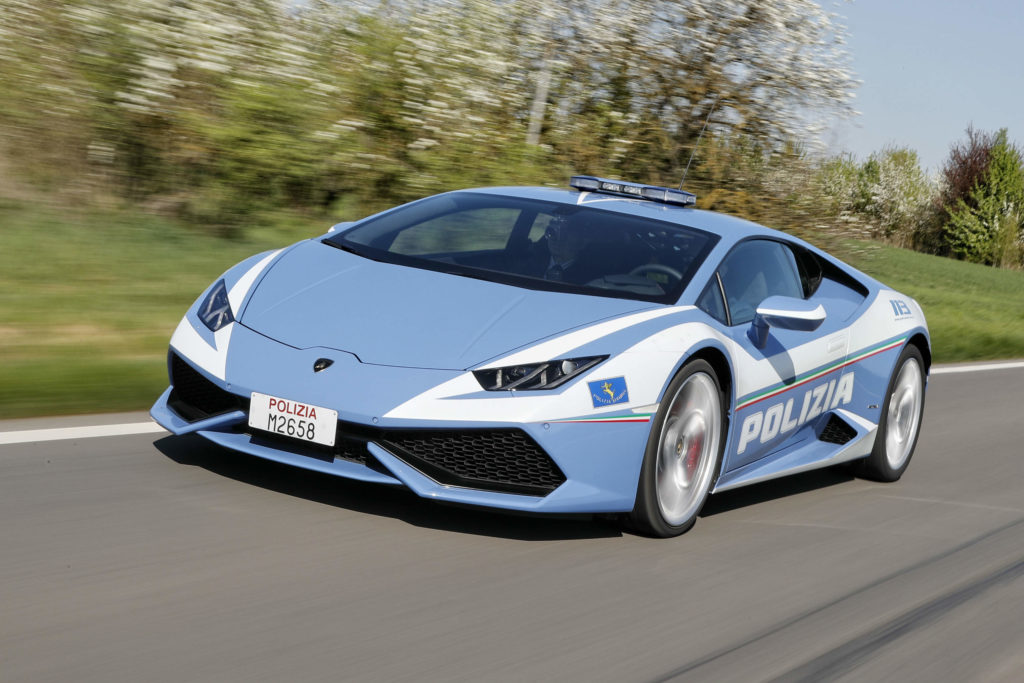 Our biker-reporter goes on patrol with a Traffic Police officer.