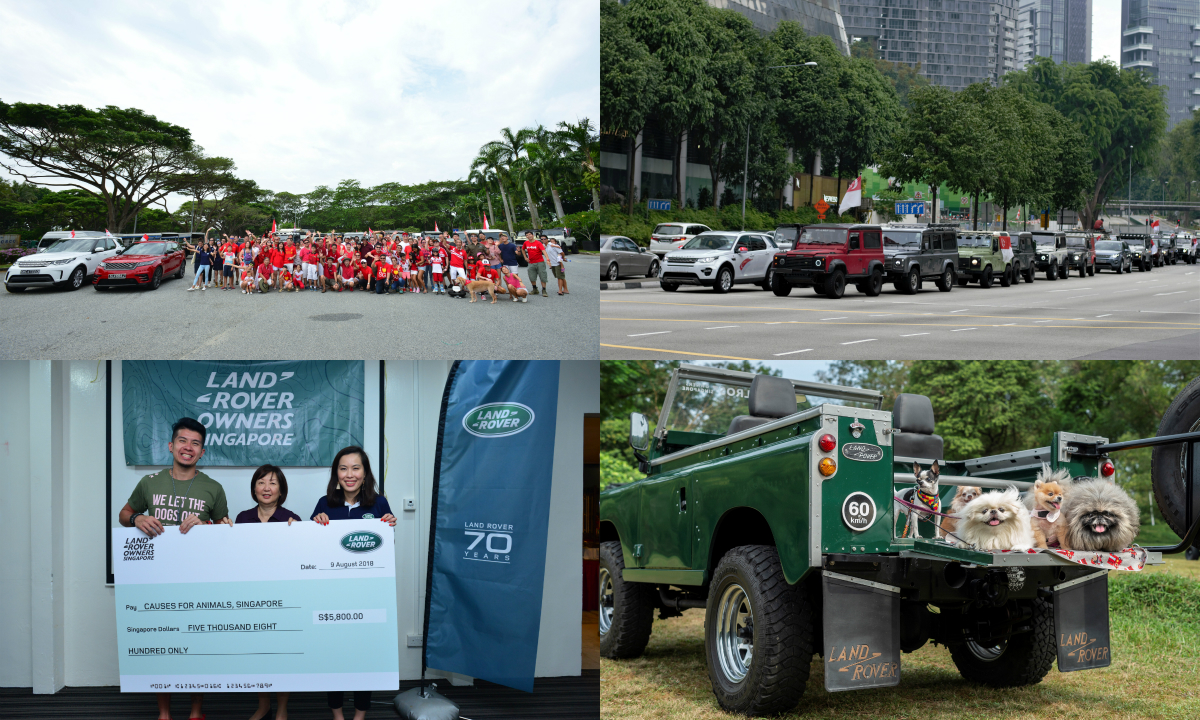 CAS is an animal welfare charity set up to support the needs of local animal welfare in Singapore, employing programs and policies to promote best0practice, ethical, sustainable and compassionate treatment of these animals. LROS, founded decades ago by a group of Land Rover enthusiasts in Singapore, is now a strong collective of owners who drive the various models in the Land Rover family.

A series of fund-raising events have been rolled out since mid-July to support the needs of the local animal welfare in Singapore. It started with Doggy Paw-traits that saw Land Rover owners and the public come together with their pets for a photo-taking session with Land Rover Series II and Discovery.

In addition, exclusive charity T-shirts were sold to raise funds for CAS. Profits from the sale of Land Rover merchandise in the Land Rover Showroom from July 14 to 31 also contributed to the pool. Land Rover Singapore, part of Wearnes Automotive, further contributed by matching the profits dollar-for-dollar.

Land Rover ready for Year of the Dog

On National Day, a fleet of 50 Land Rover vehicles set off from East Coast Park, passing by key landmarks in Singapore including Marina Bay Sands, Gardens by the Bay and Orchard Road. Customers got to mingle over a barbecue dinner while watching the live screening of this year’s National Day Parade.

“2018 marks the 70th anniversary of Land Rover. We are happy to partner Land Rover Owners Singapore to do something meaningful for Causes for Animals, Singapore while celebrating Singapore’s 53rd birthday together by giving back to the society,” said Corinne Chua, General Manager, Jaguar Land Rover, Wearnes Automotive.